Favosites conicus coral from the Bois D'Arc formation of Oklahoma

Favosites conicus is perhaps the easiest coral to ID from the Bois d'Arc formation. It's typically a small colony that looks like a gumdrop or beehive.  The base of the coral colony is flat with a wrinkled epitheca that is indicative of the colony growing on a semisolid substrate. The rest of the colony forms a conical mound composed of interlocking hexagonal cells of varying size. I have not found many that are greater than an inch or two in diameter or height which likely indicates there were frequent storms or other events which prevented large scale colony growth.

Here is a typical specimen viewed in profile from a few angles. It has not been prepped so you can see matrix and other shells still attached. 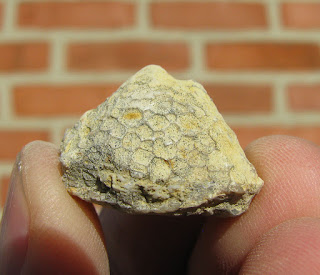 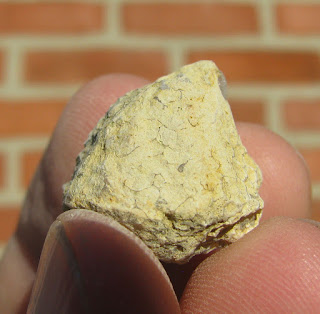 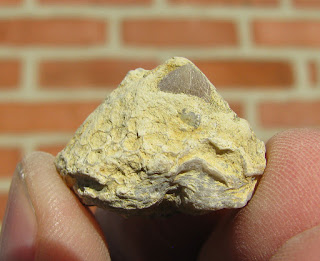 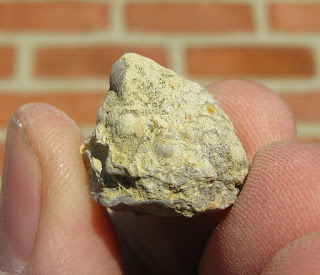 The underside of the specimen with the epitheca. 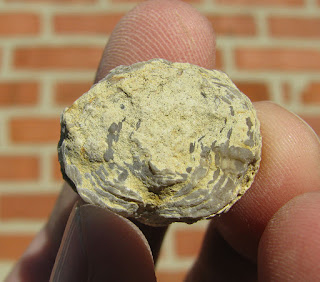 Here are a couple of other examples with a side by side comparison. Note that they are more squat than the above specimen. 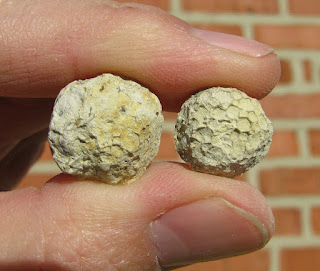 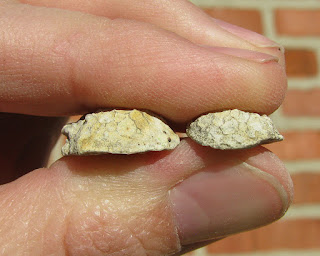 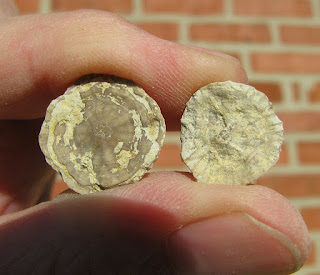 I know I have some examples of this same species form the Haragan formation but apparently I never wrote a blog about them. I do, however, have examples from the Licking Creek formation of West Virginia and the Kalkberg formation of New York.