I only found a couple of pieces of Favosites type coral at the site, and I think they can be called Favosites conicus.

Specimen #1, this is the base or bottom of the specimen 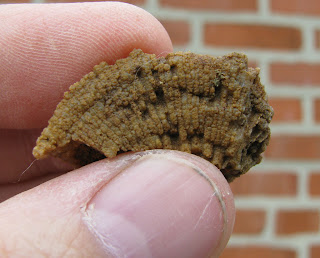 Exterior profile, note that the rounded, mound like shape of the fossil and the flat bottom. This is typical of Favosites conicus. 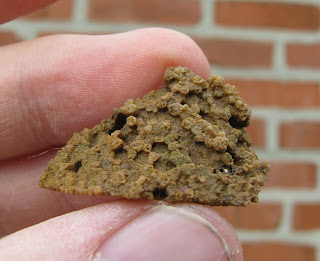 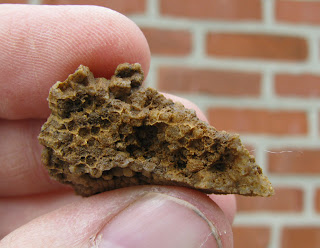 Specimen #2, Top. This could be a different species but I don't know for sure. 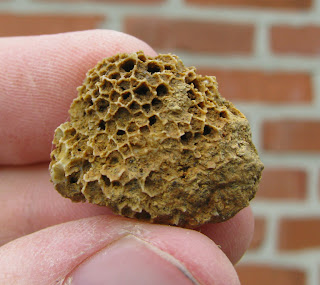 Profile, this has less of an obvious mound shape but it's still rounded. 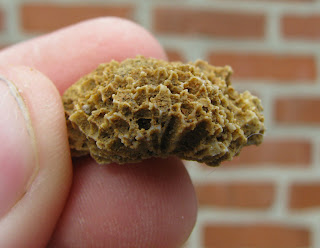 Base or bottom, Note that it appears the coral colonized a brachiopod shell with the hinge line along the top of the specimen as displayed. 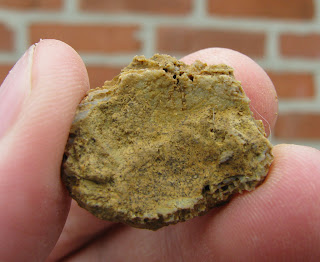 A specimen of Favosites conicus from the Yale Peabody collection.

All of the above specimens came from a roadcut along US route 220 in Highland county, Virginia. The cut is listed as site #16 in the book "Fossil Collecting in the Mid-Atlantic States" by Jasper Burns. The Licking Creek formation is equivalent to the Shriver Chert member of the Old Port formation in Pennsylvania and the Birdsong formation in Tennessee which means that the fossils are part of the Helderbergian fauna.
Posted by Dave at 12:01 AM