Platyceras sp. gastropod from the Bois D'Arc formation of Oklahoma

As Platyceras sp. gastropods were abundant during the Devonian, it is no surprise to find one in the Bois D'Arc formation. This specimen has some added interest as there is a crinoid holdfast anchored to it.  The Platyceras shell is spiral shaped with a roughly rectangular cross section. The whorls are offset from the central axis and slightly angled. The exterior of the shell is decorated with wavy growth lines and some regular crenulations that follow the curve of the spiral. The crinoid hold fast is angled such that it could not have attached and grown while the snail was alive. It is likely that the snail was dead and the shell was lying upside down on or partially exposed from the substrate when the crinoid larvae first attached. 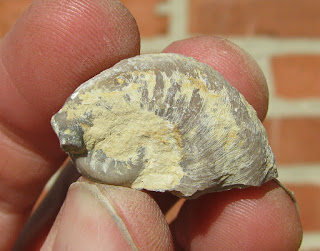 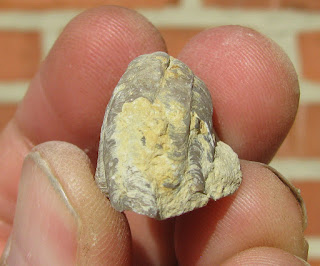 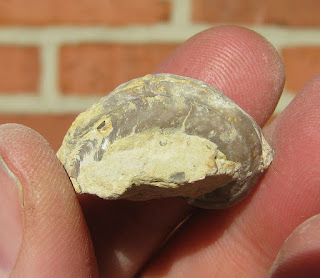 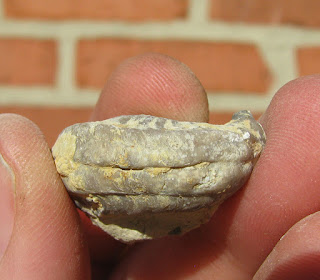 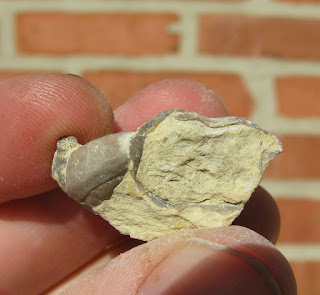 A couple of views of the crinoid holdfast 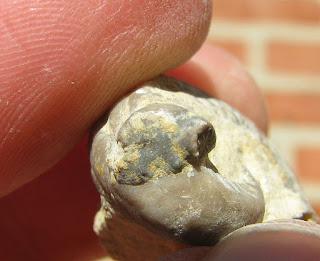 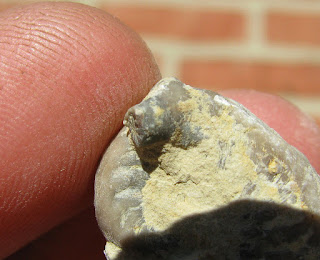