I can't find very much info on the corals that are found within the Bois D'Arc formation so I have been comparing what I found with similar examples from the Kalkberg formation of New York which is of equivalent age. I found numerous examples of a small, conical rugose coral that had prominent raised lines running along the flanks.  It looks very similar to Streptelasma (Enterolasma) strictum from the Kalkberg formation. 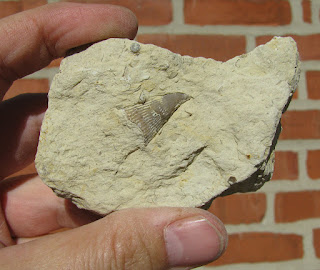 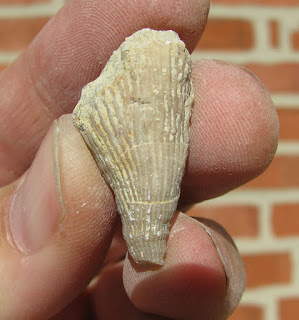 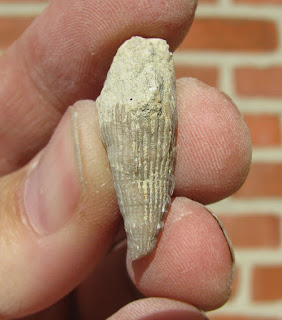 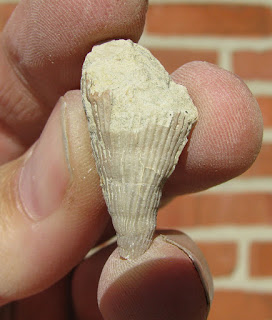 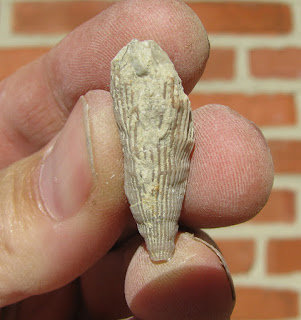 I found the specimens shown on this page in the Bois d'Arc formation (Cravatt member) near Clarita, OK which is Devonian in age (Lockhovian stage). The Bois d'Arc and Haragan formations interfinger with each other and are roughly the same age (Devonian, Lockhovian stage). They are both roughly correlative to the Helderberg fauna of New York and thus are contemporaneous with the Coyemans, Kalkberg and New Scotland formations.
Posted by Dave at 12:01 AM