Huntoniatonia sp. trilobite from the Bois D'Arc formation of Oklahoma

From my experience collecting in the Bois D'Arc formation, I think that Huntoniatonia sp. (also sometimes called Huntonia) trilobites are possibly the most common trilobite to be found. I'm referring to the isolated parts of the trilobite not whole specimens. While there were a large number of whole Paciphacops sp. and Kaniops sp. fossils that I found I think I came across more detached pygidiums and cephalopns of Huntoniatonia sp. than anything else.

I did find a few whole specimens but none are in really good condition. This one is slightly enrolled and little warped. 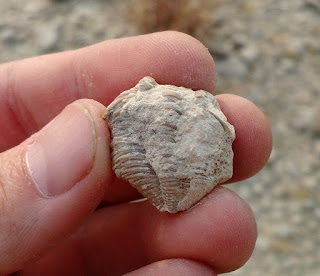 Here is one still in the matrix (it was about two inches long) but it was lying exposed to the elements and thus has some missing shell. 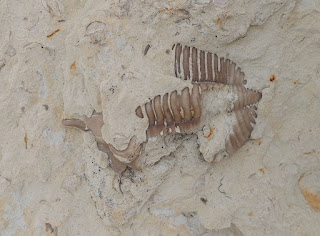 Another one in the matrix that is partially enrolled. The pygidium and thorax are visible on the one side while the other side shows the front edge of the cephalon and a Phacopid trilobite. 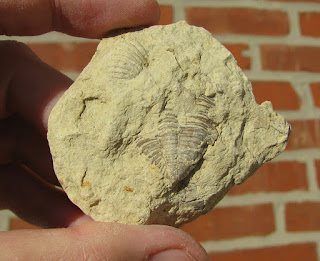 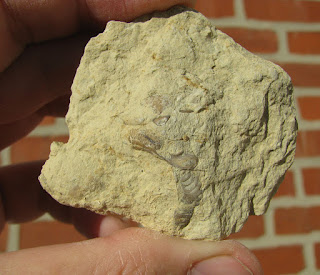 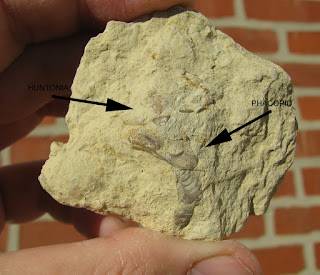 Then I have some cephalon and pygidium pieces like this one from a Huntoniatonia huntonensis based on the shape of the spine extending from the cephalic margin. 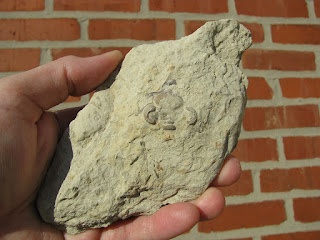 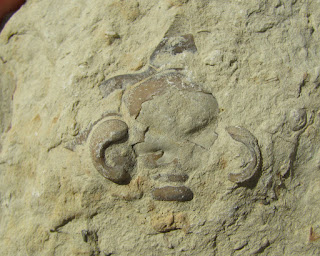 A view of the eyes of the specimen. 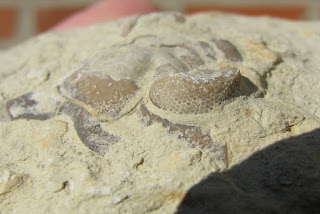 This is a completely different specimen half embedded in the rock with just one eye poking out. 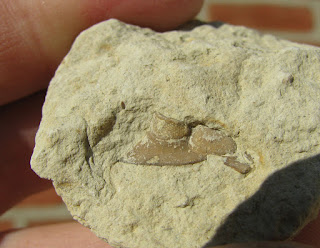 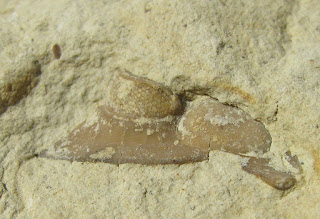 Finally we have a couple of pygidiums from two different specimens that show the size differences. Some of the Huntoniatonia got really big! 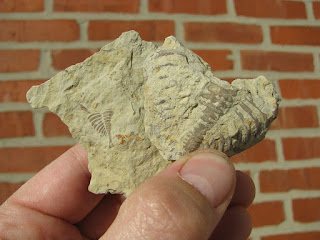 George Hansen's wonderful website indicates that there are at least three species of Huntoniatonia that are found in the Haragan and Bois D'Arc formations.  The main differences are the size and length of the spines that extend from the tip of the pygidium and cephalon.
Posted by Dave at 12:01 AM