Unknown Rhynchonellid brachiopod from the Bois d'Arc formation of Oklahoma

This next brachiopod is a bit of a mystery to me. I can not find any decriptions or images that match it in Amsden's "Stratigraphy and Paleontology of the Hunton Group" papers nor in Hall's "Paleontology of New York". It is a triangular to sub-pentagonal shaped shell with slightly convex to flat valves. There is a slight sulcus and fold but they are mostly expressed near the anterior margin. The pedicle valve's beak extends beyond the brachial valve and recurves so that the umbo opening is parallel with the valve. Both vales have strong, regular costae that affect the margin such that it follows the folds of the costae instead of being flat. 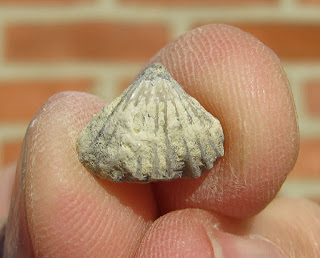 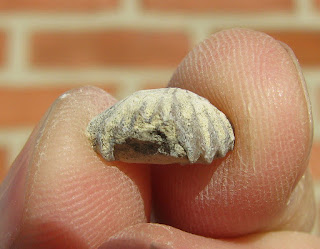 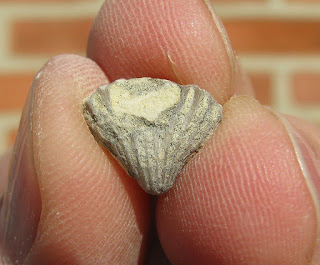 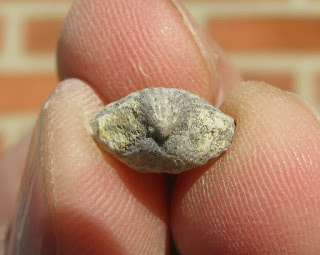 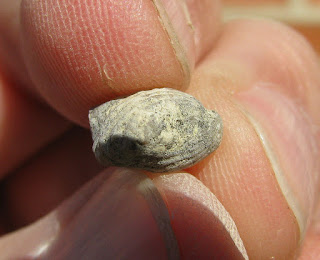 This fossil looks as though it could be a Rhynchotreta type brachiopod. I found a Rhynchotreta in the Irodequoit Rochester Shale formation near Lockport, NY but that is Silurian in age. But the shell morphology is similar.