This little, rounded shell appears to be a Nucleospira based on the shape.  I found it in the Bois d'Arc formation in Oklahoma. The brachial valve is slightly smaller and less convex than the pedicle valve but both are nearly perfectly circular. My fossil is smooth on the surface of the valve, at least in the areas where there is still shell, but it should be covered with lots of tiny, needle like spines. They likely either did not preserve well or were weathered away. There is a small beak on the pedicle valve which extends slightly past and curves towards the brachial valve. The umbo at the peak is perpendicular to the rest of the shell. There is no obvious fold or sulcus present.

There is a Nucleospira ventricosa listed as being found in the Bois d'Arc and Haragan Fm. 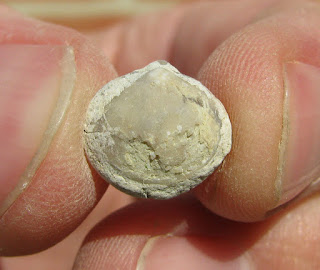 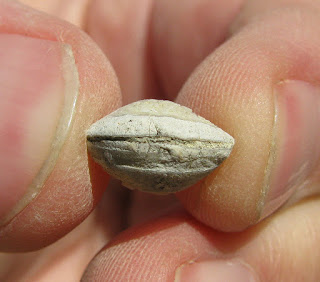 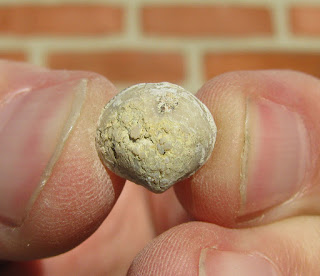 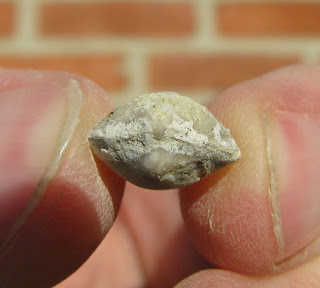 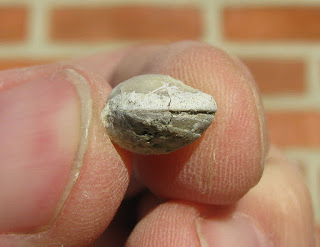 Compare this specimen to one from the Kalkberg formation of New York.