Phacopid type trilobites from the Bois D'Arc formation of Oklahoma

Trilobites are very common in the Bois D'Arc formation and several species can be found. There are two or three different phacopid type trilobites that I am aware of but to ID them you need to examine the eyes and cephalon. A good resource for help is George P. Hanson's book, "Trilobites of Black Cat Mountain" available on his website.  Below are some of the specimens I've found that are still encased in matrix which makes identifying some of them a bit more difficult.

Specimen #1 - Partially enrolled but with most of the cephalon hidden. 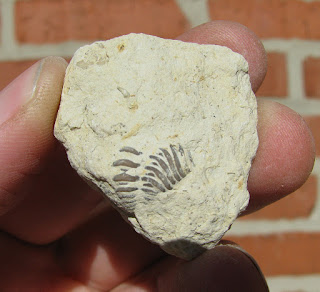 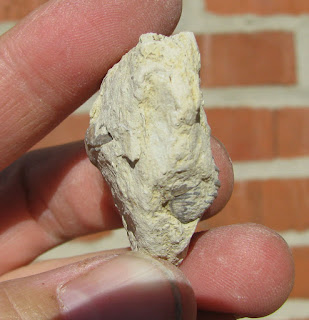 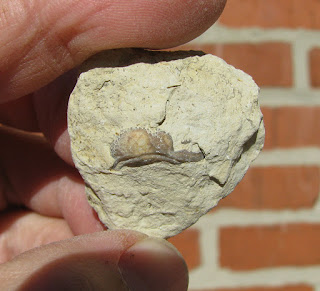 Specimen #2 - Enrolled but one of the eyes is visible. I think this is a Kainops raymondi but I need to see more details to be certain. 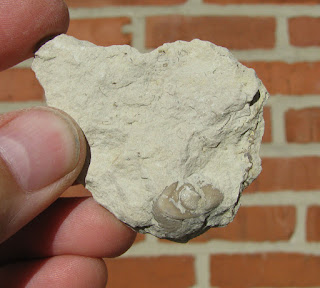 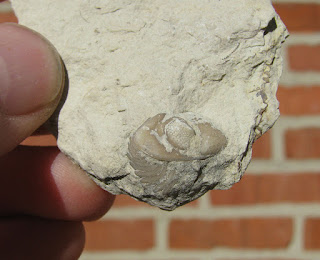 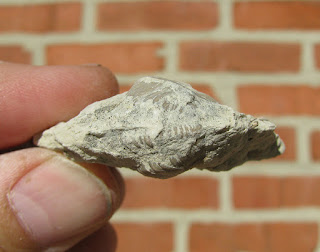 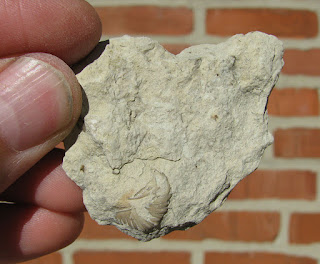 Specimen #3 is mostly free of matrix but the glabella is still mostly obscured. One of the eyes is visible and leads me to believe that this is a Paciphacops campbelli. 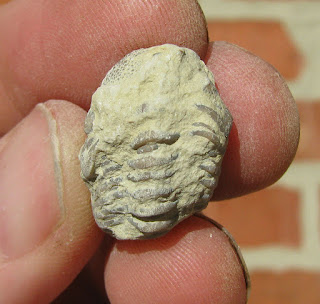 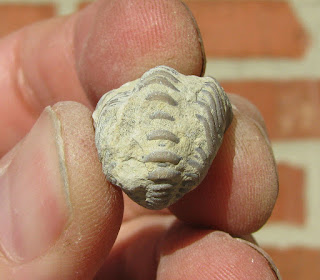 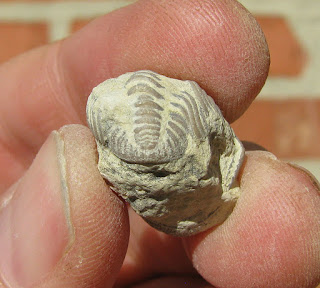 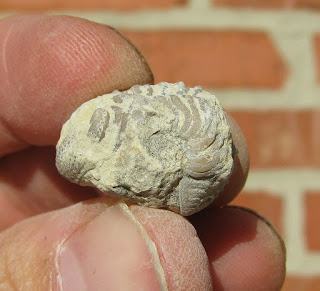 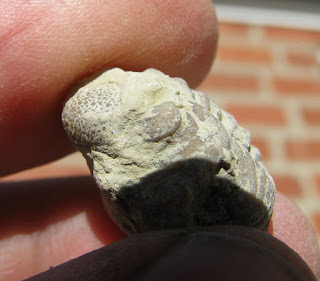 Here are some nicely prepped specimens from the Haragan formation, which were labelled as Paciphacops logani, that I blogged about a couple of years ago.

I found the specimens shown on this page in the Bois d'Arc formation (Cravatt member) near Clarita, OK which is Devonian in age (Lockhovian stage). The Bois d'Arc and Haragan formations interfinger with each other and are roughly the same age (Devonian, Lockhovian stage). They are both roughly correlative to the Helderberg fauna of New York and thus are contemporaneous with the Coyemans, Kalkberg and New Scotland formations.
Posted by Dave at 12:01 AM