Another strange item that I've found in the Keyser formation are these fossilized "threads". I've found several instances of these fossils and they do not look like a geologic phenomena. When viewed normally they look almost like grass, leaves or wood but that is not possible as the Keyser formation is upper Silurian to lower Devonian in age and plants were not yet that developed. 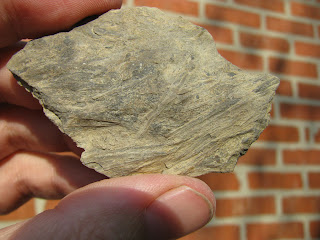 A closer look reveals a definite fibrous structure and lack of layering. The "threads", as I call them, overlap and diverge from one another seemingly at random. 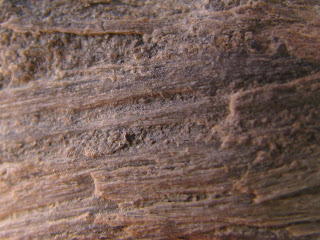 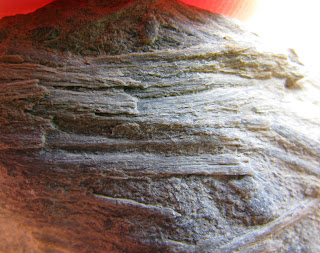 Another specimen with good examples. This has been polished a little by my Dremel tool to see if any other details emerge. I was starting to think they were fossilized algae or trace fossils. 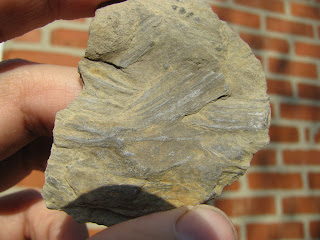 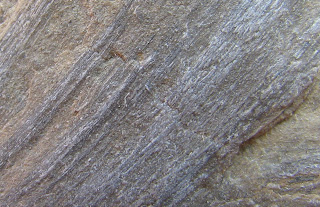 I'm truly stumped by this one so I went to the Fossil Forum to see if anyone else recognized what they were. The general consensus is that they could be some root structures from a Hexactinellid sponge. There is a lack of good information on the fauna of the Keyser formation and so I'm still trying to determine if there are any known Hexactinellid sponges that have been found within it. I've found Stromatoporid sponges in the Keyser formation before and blogged about them Here and Here, but they don't have root structures; instead preferring to encrust and form mound like shapes. If anyone has any ideas please let me know.
Posted by Dave at 12:01 AM