Orbiculoidea is a genera of inarticulate brachiopods that are common throughout the paleozoic. Despite this I have not found many here in Pennsylvania. Not long ago I was exploring some abandoned limestone quarries, with permission of the current land owner, in Montour county that exposed the Keyser formation and I found some rather large examples.

All are partials but the interesting thing is that the shell is preserved as a dark color against the lighter host matrix. 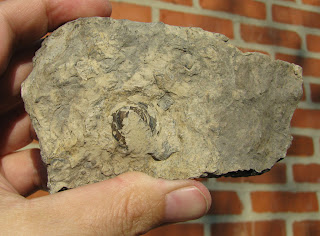 Note the concentric growth rings and the (implied) terminal tip of the shell offset from center. 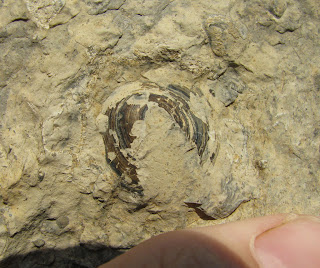 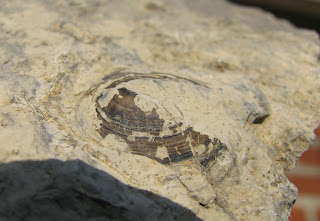 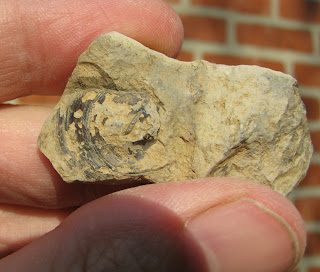 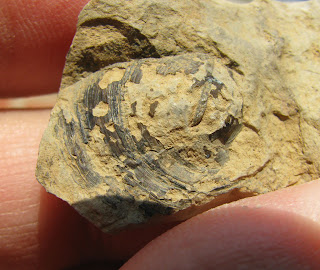 Specimen #3 has the least complete shell but the most well defined growth rings. 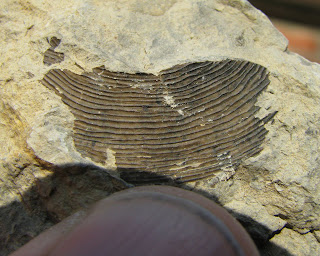 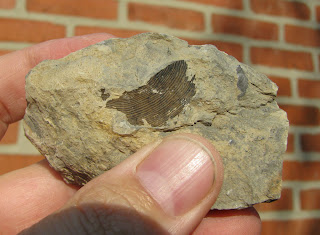 Based on the shape and growth pattern these shells all look like they are inarticulate brachiopods, however could they possibly be a monoplacophoran instead? Monoplacophorans are gastropod like mollusks which have a cap shaped shell rather than a spiral shape. I'm not sure if they are known from the Keyser formation due to the lack of good information regarding the fauna found within the formation. The Keyser formation is upper Silurian to lower Devonian in age (Pridoli to Lochkovian stage).
Posted by Dave at 12:01 AM