Holocystites from the Waldron shale

They are about the size of a Quail egg or small Chicken egg and that is the general shape that one looks for. Cleaned off you can see a pebble textured surface that is broken into small plates. 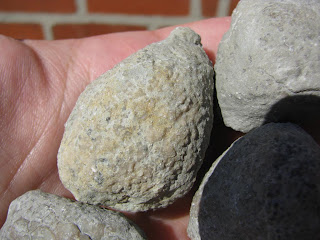 Here are several next to each other to show you variety of shape and size. 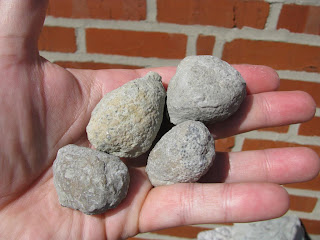 This is a chunk of the Waldron Osgood shale with a partial Holocystites embedded in it. I say partial because the plate is thin and the fossil does not go all the way through. 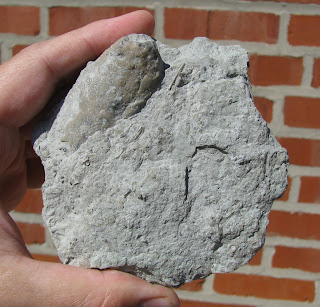 This occurrence was not uncommon and some of the loose specimens even displayed this same feature. My theory is that during storm events some Holocystites were buried quickly but some did not get completely covered. Those specimens were exposed partially above the surface and subject to scavenging/erosion. So in essence we are looking at the underside of the bedding plane in the above picture. Since the piece was not found in situ I am only speculating.

The Waldron Osgood shale is Silurian (Telychian to Sheinwoodian stage) in age and is roughly equivalent to the Rochester shale in New York.