Other species of Vinlandostrophia from the Cincinnati area.

If you read the comments of my last post you'll understand why I'm posting more Vinlandostrophia today. There are many species of Vinlandostrophia (used to be called Platystrophia) throughout the upper Ordovician (Katian to Hirnantian or Cincinnatian if your a local) rocks exposed around Cincinnati, Ohio stretching south into Kentucky and Tennesse. Some are easier than others to identify.

This is Vinlandostrophia ponderosa and is named such due to the large size it attains. 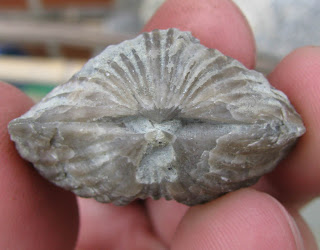 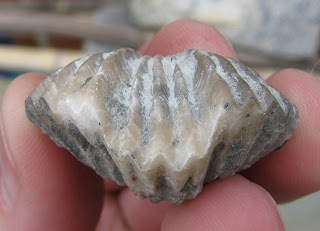 This specimen is a Vinlandostrophia ponderosa var. auburnensis. You'll notice that it's considered a variety of V. ponderosa and the varietal name refers to the fact that it is strictly confined to the Mt. Auburn formation. Notice that it is much rounder than V. ponderosa. 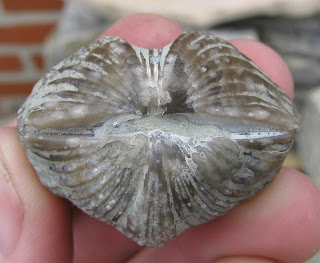 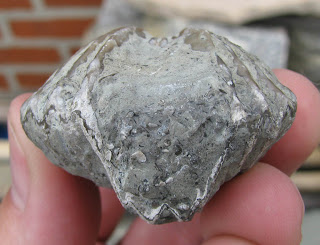 Here is another easy one to ID in the field and it's found throught many of the formations around the Cincinnati area: Vinlandostrophia cypha. It has a much more exaggerated sulcus than most other species of Vinlandostrophia. 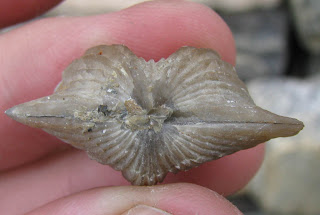 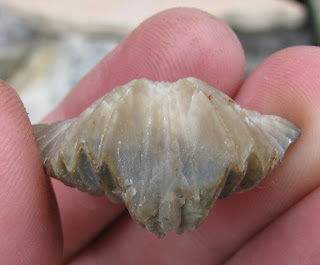 This last specimen I'm a little less sure of but I beleive it's a Vinlandostrophia laticosta. 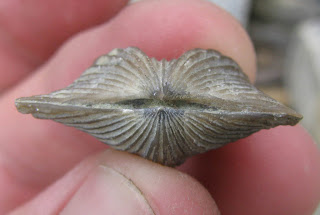 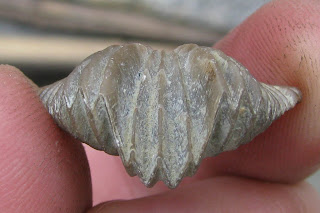 I'm probably off on some of these so feel free to chip in with your two cents.
Posted by Dave at 12:01 AM