This example is a single valve embedded within a grainstone type limestone. It has some resemblance to the species V. acutilirata that is found in the upper Ordovician age rocks around Cincinnati. 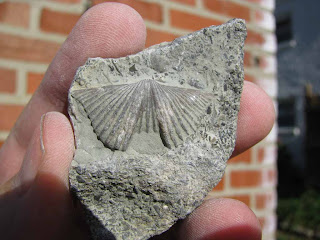