Plant fossils from the Florissant formation

A number of years ago I had the opportunity to collect the Florissant formation at a pay quarry outside of Florissant National Monument. I found a number of interesting fossils which I will show here and in upcoming posts. Today I have some plant material in the form of various leaves. 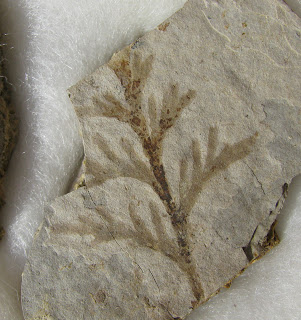 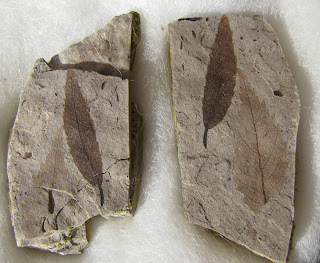 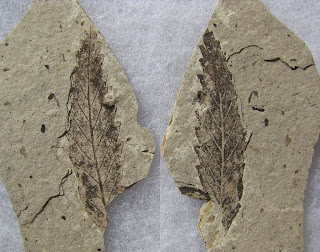 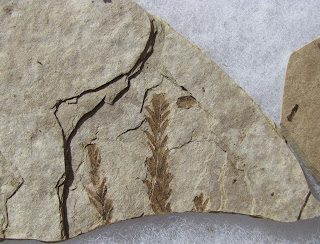 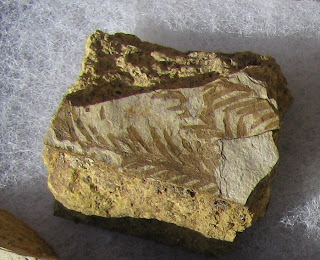 I'm not sure what this is, a fern of some sort? 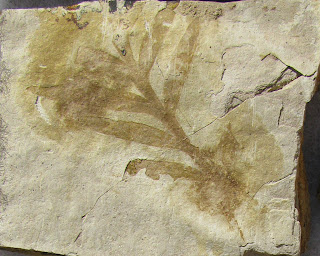 The Florissant formation is a layer of paper shale that was lain down in a temporary lake in a volcanic region. The nearby volcanoes would erupt periodically and belch out ash and occasional lahars. These eruptions would kill local wildlife and sweep plant debris into the lake and then bury them. The thin layers of ash preserved organic remains very well and so some spectacular fossils can be found including birds with feathers, butterflies with the wing coloration preserved and many species of plants all of which paint a picture of the environment around the lake at a point in the late Eocene period (Priabonian stage).

Here is a link to the website of the Quarry where I collected over 20 years ago. Nice to see that they are still in business and are responsibly managing this resource so anyone can have the thrill of finding something special.

A good resource to read if you want to learn more about the Paleoecology and Paleoenvironment of the Florissant formation look for this book: Paleontology of the Upper Eocene Florissant Formation, Colorado, By Herbert William Meyer, Dena M. Smith
Posted by Dave at 12:01 AM