Taeniopora exigua from the Mahantango formation

On a visit this past winter to a borrow pit that is working the Mahantango formation I came across a layer or lens of a delicate bryozoan. It's called Taeniopora exigua and generally it's found as small, broken pieces. At this location though there must have been a forest of these animals since they are preserved in such profusion and completeness. 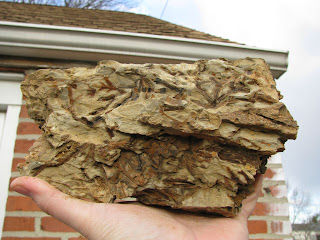 A couple of typical examples. Note that they are naturally flat shaped like a leaf and not round or stick like. The growth pattern is similar to another species called Sulcoretipora. The distinguishing feature between them is that Taeniopora has a central ridge that runs up the middle of most branches. You can see it in the specimen shown below. 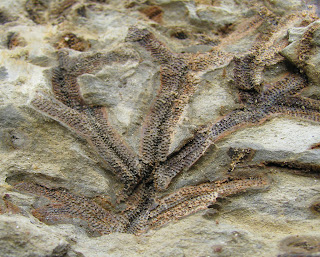 More pieces and examples are below. 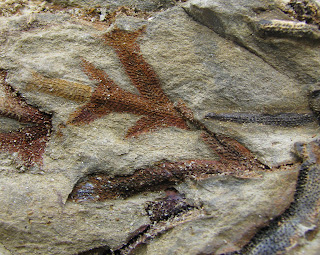 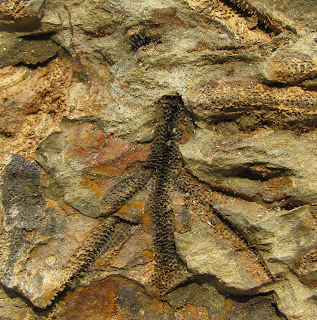 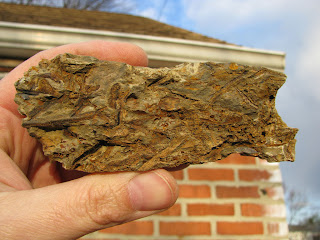 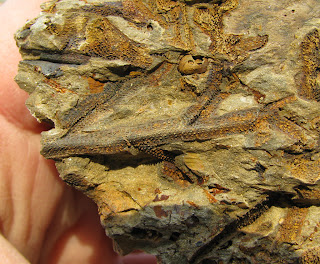 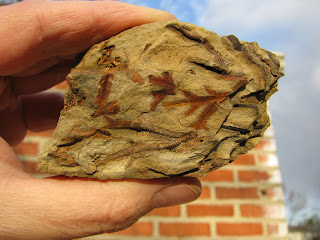 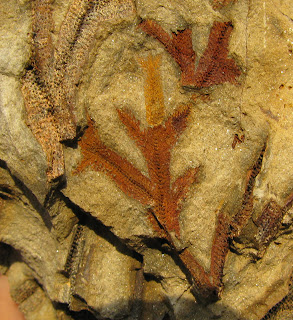 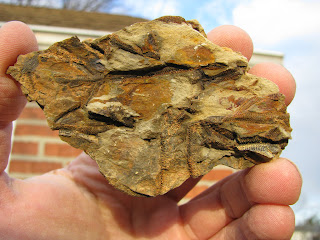 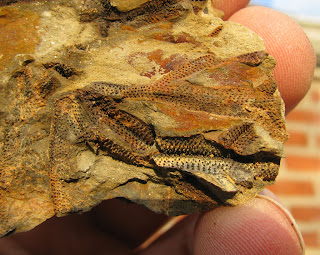 I've found Taeniopora pieces before from other locations but never from the Mahantango and never in such profusion. There must have been perfect conditions for a small forest of these bryozoans to all congregate in an area. I haven't found any other bryozoans in the same general area where I found these and the rest of the pit yields fossils only sparingly and typically not in great concentrations. All the specimens shown came from the Mahantango formation which is Givetian in age. Another item of note is that the rock these fossils were found it is a very weak mudstone that has been extensively leached. The yellow color is telling, as the rocks are normally dark grey to brown, and so is the softness of them. When I found them it had been raining and the rock was very soft, almost enough so that I could pull it apart with my hands.
Posted by Dave at 12:01 AM