Cyclolites ellipticus is a fossil solitary coral from the upper Cretaceous (Campanian). This specimen came from near Blanzac, France and was sent to me by my friend, Gery. Only the upper surface where the polyp was attached is shown in this specimen. 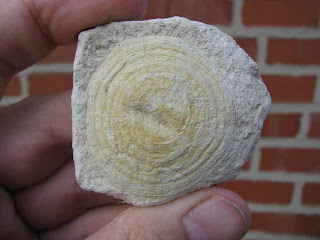 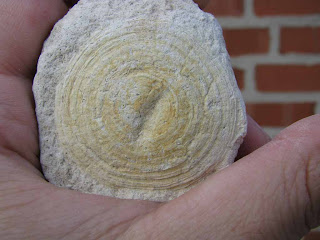 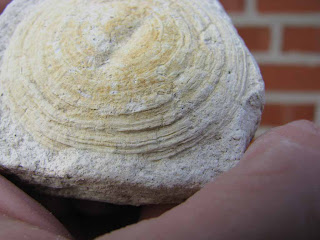 Here is a picture of a complete specimen.

Compare this specimen to Microcyclus thedfordensis which was also a solitary coral but it was a member of the Rugose coral which became extinct by the end of the Permian.
Posted by Dave at 12:01 AM