Here is a rather interesting Echinoid from Sarthe, France. It's a Collyrites ellptica from the Jurassic (Callovian) and what makes it odd is the arrangement of the Ambulacra (five arm like shapes). In most irregular echinoids the Ambulacra are arranged in a star like pattern whereas this genus has a large space between sets. I don't know why this is but it certainly lends a unique look to the fossil. 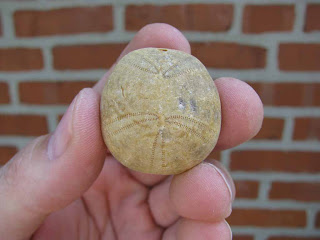 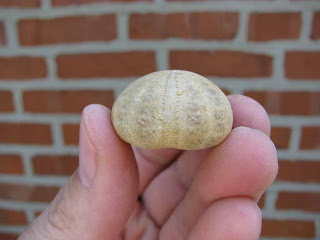 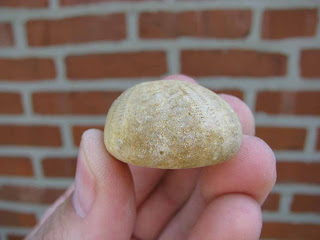 Posterior (Rear). The hole is where the anus would have been located. 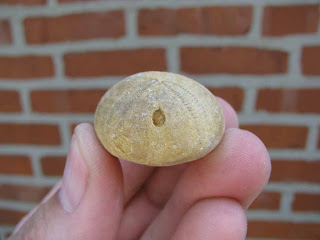 Adoral (bottom or underside). The hole seen on the adoral surface was where the mouth of the animal was located. 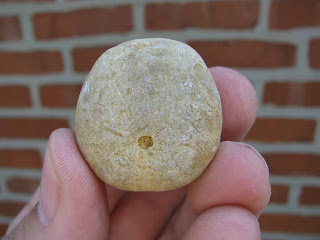 There is another species from this same location called Collyrites dorsalis which is a bit thicker in profile. 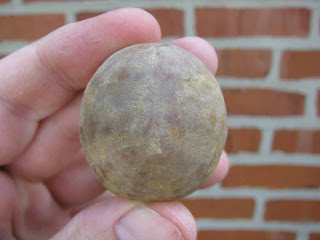 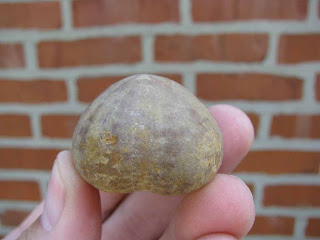 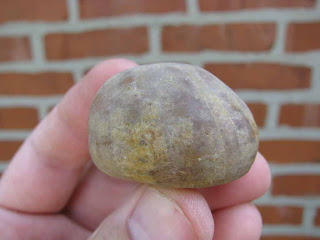 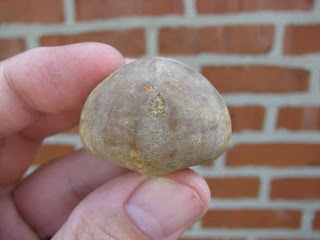 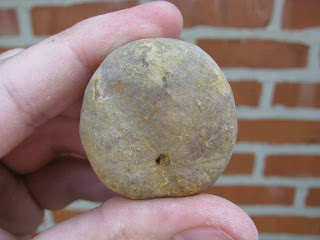 For more info on Echinoid anatomy check out the Irregular Echinoid Terminology page at the British Chalk Fossils website.
Posted by Dave at 12:01 AM