Lepidocyclus brachiopod from the Verulam fm.

In the Verulam formation Lepidocyclus is a somewhat uncommon brachiopod. It has a rounded shell that sometimes approaches spherical in shape. That and the growth lines that often decorate the shell distinguish it from Rhyncotrema. After a discussion with the author of "South-Central Ontario Fossils", Bill Hessin, I have come to the realization that these shells are Rhyncotrema increbescens and not Lepidocyclus.

This is a loose brachial valve embedded in the matrix. 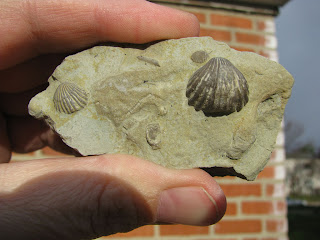 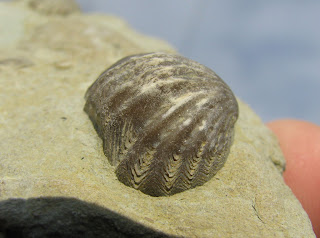 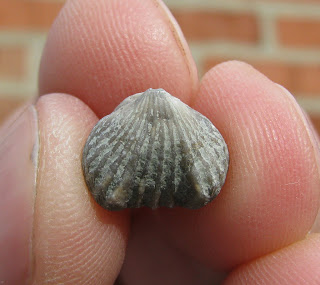 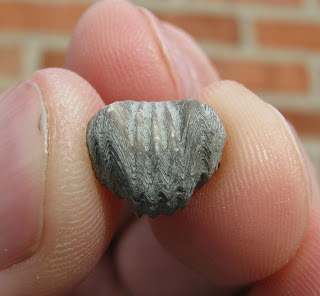 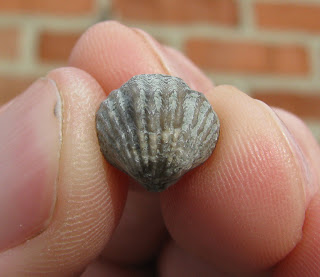 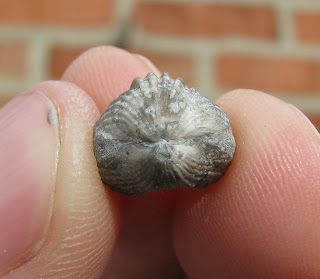 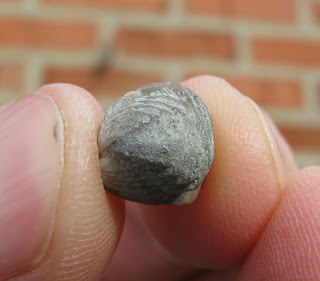