A couple more Gastropods from the Verulam

I found a few more Gastropod genera as I was going through my boxes of Verulam material.

This specimen is squished some so that it looks more oval shaped instead of round. I think it could be a Salpingostoma or a crushed Sinuites. 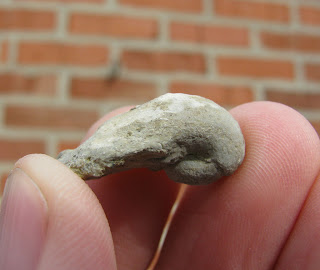 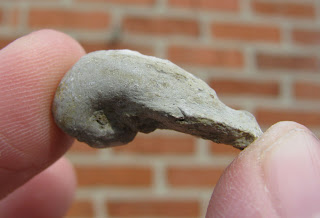 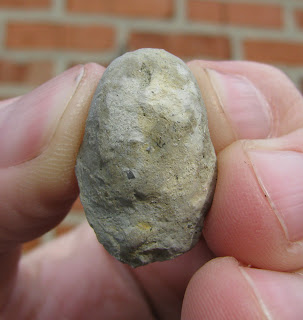 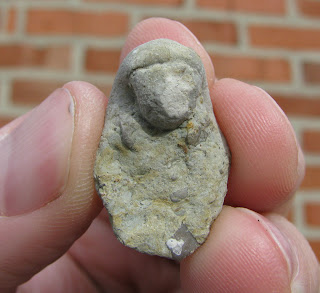 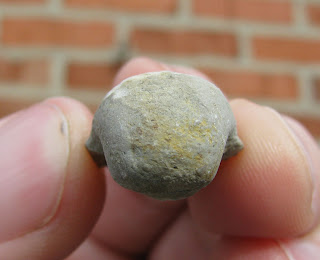 This one I thought was a Lophospira at first until I looked at the slope of the shell. I think this is a Clathrospira. 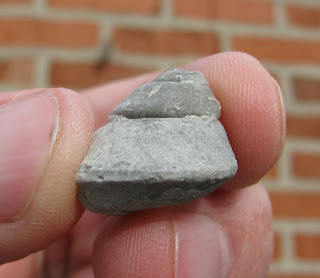 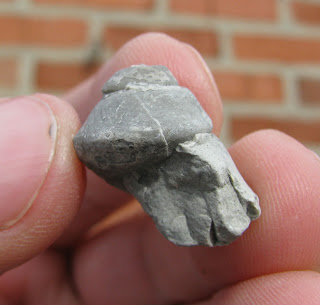 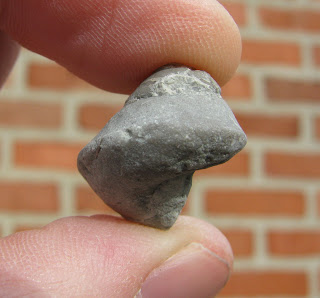 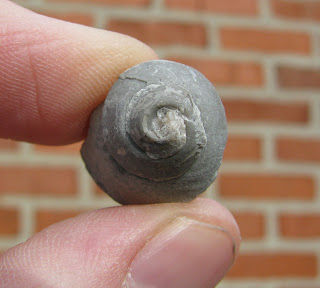 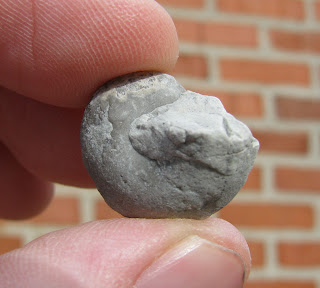 Both specimens were collected from the Verulam formation near Brechin, Canada. The Verulam fm. is middle Ordovician in age (Katian/Mohawkian stage).
Posted by Dave at 12:01 AM