Lingula brachiopod from the Verulam fm

Sometimes you find a fossil that you never even knew was there when splitting rock. I was trimming down a large piece of matrix, that I'd brought back from the Verulam formation in Canada, and a lucky break allowed this pristine Lingula to see the light of day once more. 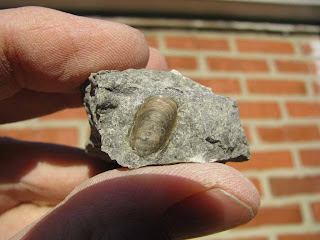 This interesting thing is not the level of detail, which is fantastic, but the fact that it sitting in "life" position with the pedicle portion of the shell pointed down. I can't say for sure that the animal was preserved this way or if it was just part of some storm tossed debris, but it does make for a good story.
Here is a closer view. 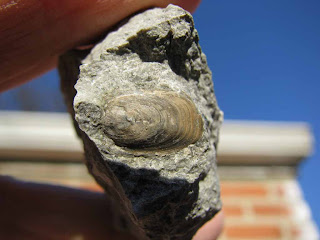 This isn't the first Lingula that I've found in rocks from the Verulam formation. Below is another, less complete example. 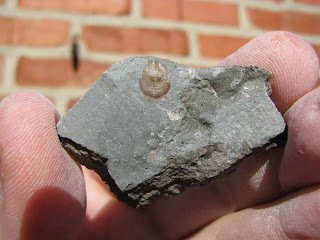 This specimen was found on the bedding layer of a rock so it was exposed and tossed before reburial. That is not the reason it is incomplete though, that is more so the result of weathering and the very thin, delicate shell that enclosed Lingula. 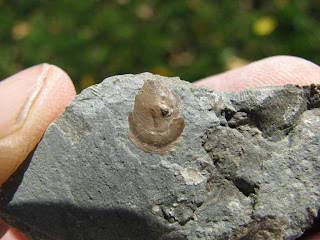