When I first found my first Calyptulax cephalon in the Verulam formation I had to ask my friend Kevin: "What the heck is a Phacops doing in the Ordovician?" He pointed out to me that the glabella on a Calyptulax doesn't look quite like the one on a Phacops but they do both share similar eyes. 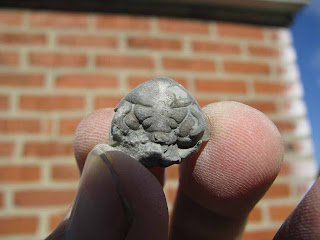 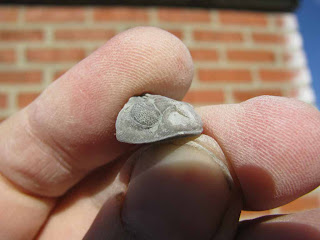 Calyptulax is a somewhat common trilobite in the Verulam with it's cephalon being the easiest part to spot. The plate below has one as well as a pygidium from a Felxicalymene among other fossil debris. 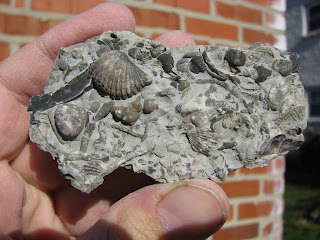 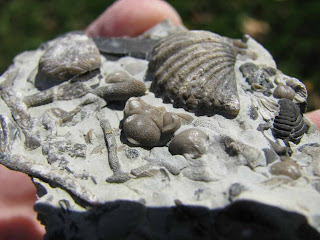 Another plate holds at least three. 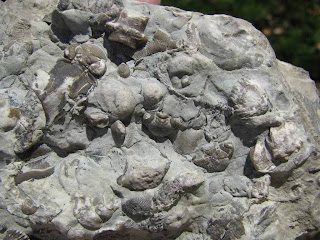 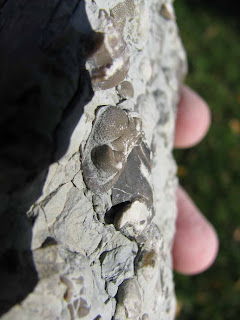 Kevin has been very patient and put up with my many mispronunciations of Calyptulax (Calypsolax, Collapasox, Californiax, etc.). Calyptulax is a Phacopid trilobite and is related to Flexicalymene, Greenops, Dalmanites, Dipleura as well as Phacops for which the order is named.
Posted by Dave at 12:01 AM