Plecypod casts from the Verulam fm.

Gastropods aren't the only mollusks found in the Verulam formation, Pelecypods are somewhat common too. Like Gastropods they had shells based on Aragonite instead of Calcite so they are more often found as steinkerns or internal casts.

The hinge line area is missing from this cast but the shape indicates it could be a Ctenodonta nastua. 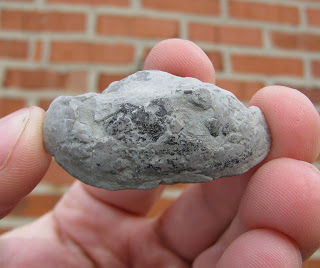 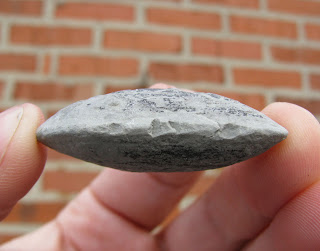 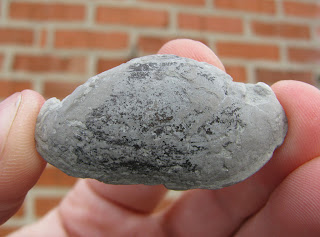 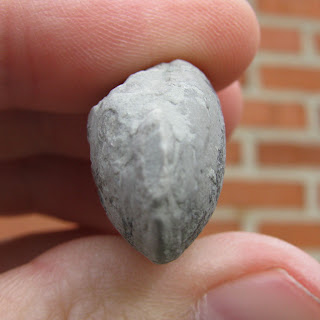 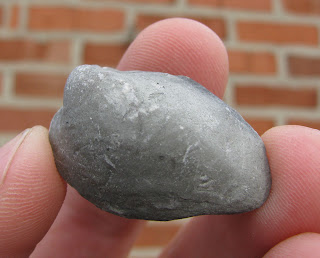 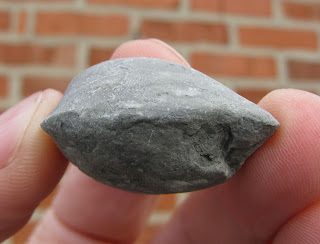 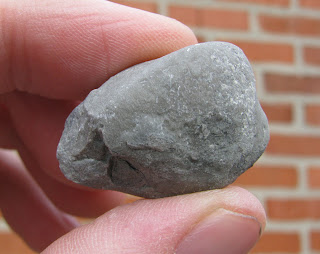 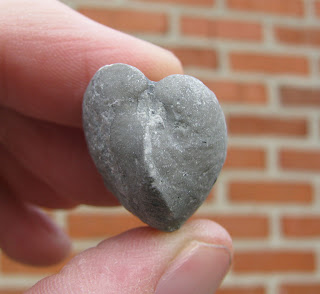 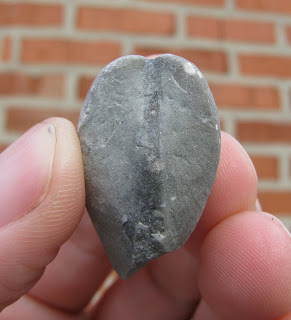 I think this is another species of Ctenodonta called C. levata. 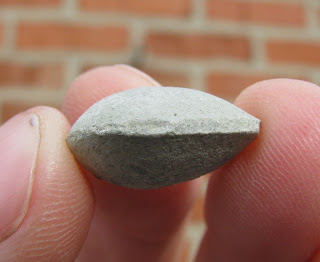 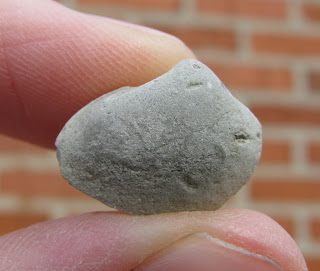 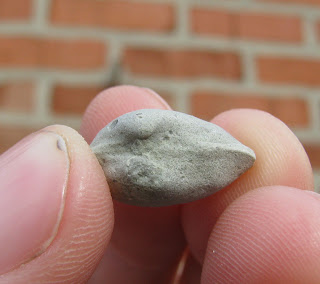 Along with the typical straight shelled Cephalopods you occasionally can find one with a wavy shell.
This is likely a Spyroceras but there is not enough to be positive. 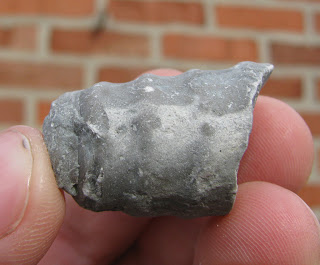 All the specimens shown were collected from the Verulam formation which is middle Ordovician in age (Katian/Mohawkian stage). I base my ID's on the book "South-Central Ontario Fossils" by William Hessin.