Gastropods of the Verulam fm

Typically Gastropod and Pelcypod fossils from the Paleozoic do not preserve well enough to be found and mostly are known from casts and molds of the internal and external features of their shells. This is typical of all mollusks since they created their shells with Aragonite instead of Calcite. Chemically both are the same but Aragonite breaks down or converts more readily than Calcite does. Thus shells that are composed of Calcite will be preserved better since they are less likely to dissolve into ground water.

The Verulam formation has a number of different gastropod, all of which are found primarily as steinkerns or internal casts.

I think this one is a Sinuites or possibly a Bucania. It has a strong resemblance to the Bellerophontoidea in either case. 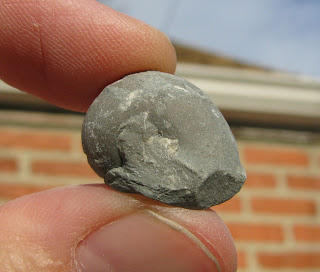 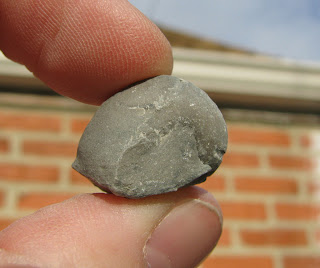 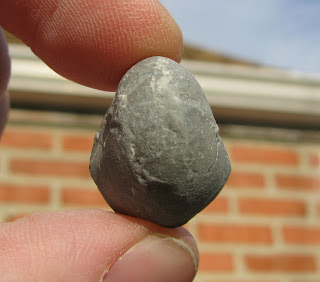 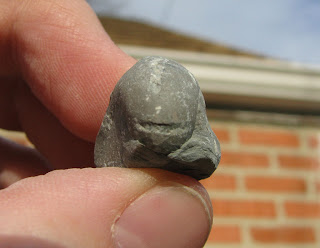 Liospira is a farily easy one to ID due to the flattened shell profile. Going through my findings, Liospira is the most common gastropod I've found in the Verulam. 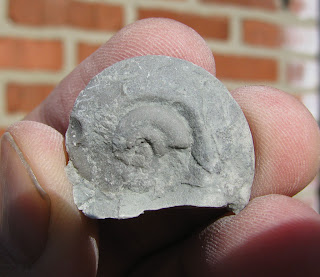 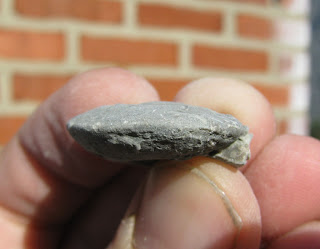 This is Lophospira which is another fairly common cast to find. This is the third most common gastropod I've found in the Verulam. 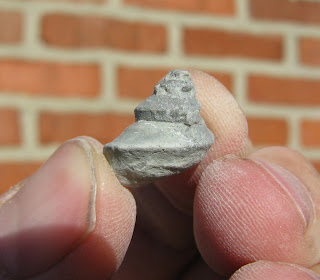 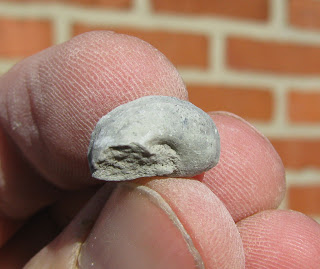 Hormotoma is a small high spired gastropod. It reminds me of the creek snails I used to find as a kid and keep in an aquarium. Not uncommon but less so compared to Lophospira. 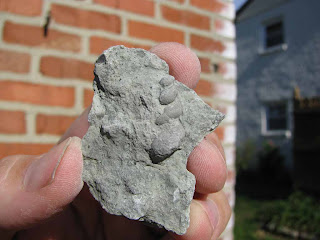 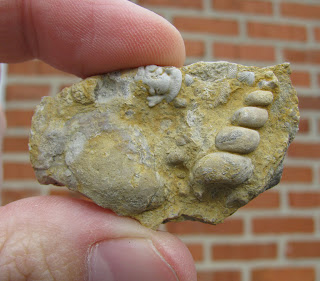 These next few pictures are from another high spired gastropod genera called Fusispira. This is the second most common gastropod I find in the Verulam. The fist one has a small Bryozoan growth on it. That means the shell material is likely underneath the Byrozoan otherwise it would have fallen off by now due to weathering. 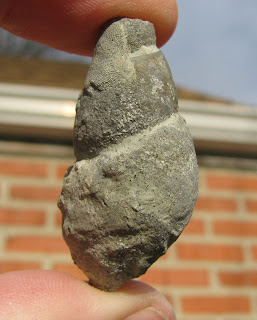 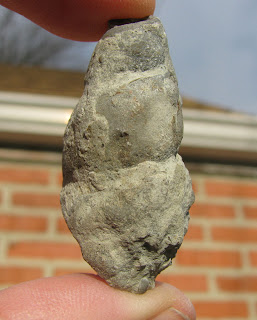 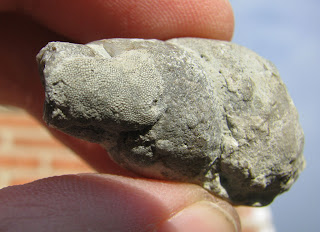 This second specimen is missing only the top 1/3rd of the shell but everything else is intact. 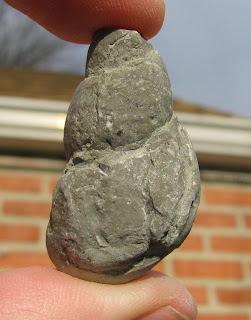 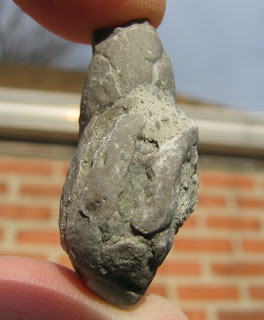 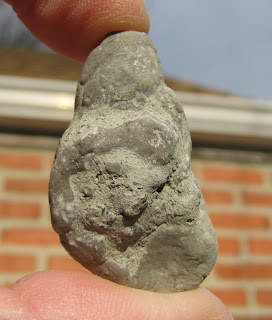 It's too bad the shell material was not preserved so that we could see patterns that may have been on the exterior of the shells. All the specimens pictured above came from the Verualm formation which is middle Orodvician in age (Katian/Mohawkian stage) near Brechin, Canada.
Posted by Dave at 12:01 AM