These are some specimens of a fossil coral called Romingerella major from the Louisville Limestone near Louisville, KY. These have been silicified and the original calcite skeletons replaced by Quartz. The process is not always the most detailed and produces features called "Beekite" (rounded blobs of Quartz) that often obscure the finer surface details. 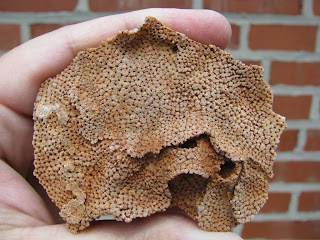 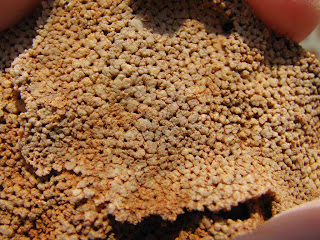 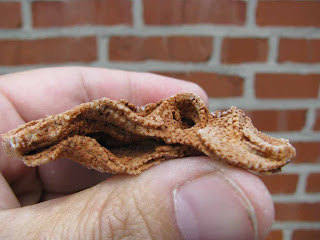 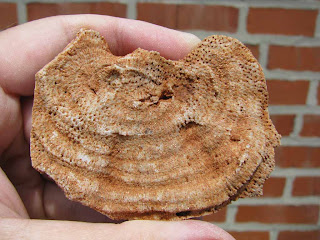 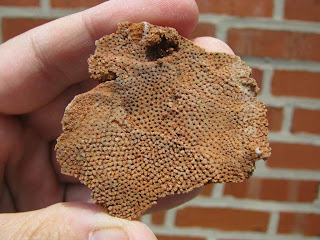 It was thanks to this specimen that I was able to determine the species. Note the star like structures that surround the corralites. 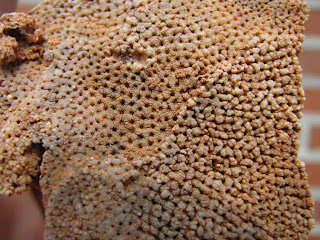 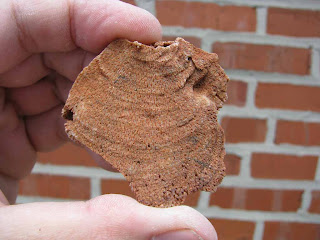 This species may also be Thecia major but the book that I used to ID the specimen (E. C. Stumm. 1964. Silurian and Devonian Corals of the Falls of the Ohio. The Geological Society of America-Memoir 93 1-184 [A. Miller/K. Layou]) indicates that is should be called Romingerella major. As I can't find any more current reference I'm going to stick with the Stumm book.

Thanks to Mike and his cousin Kenny for showing me around Louisville.
Posted by Dave at 12:01 AM