Athyris vittata is a species that is found within the Glenshaw formation at Alpena, Michigan. It's middle Devonian in age (Givetian) and the specimen below comes from the so called "Blue Beds". I haven't been able to find much documentation on why the layer is called that but I suspect it has something to do with Hydrocarbons.When examining the specimens closely I can see a thin film of some black substance. It's not shale or some other rock and I've seen similar coatings referred to in the past as bitumen, tar or oil. 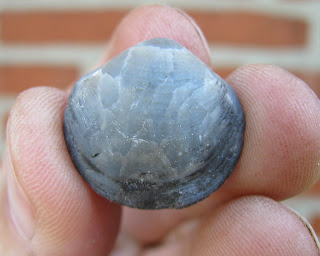 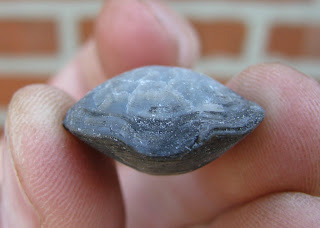 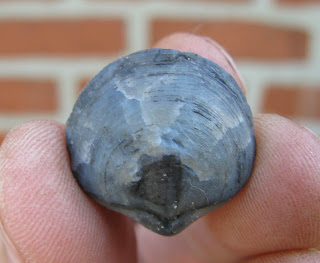 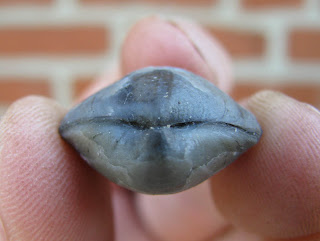 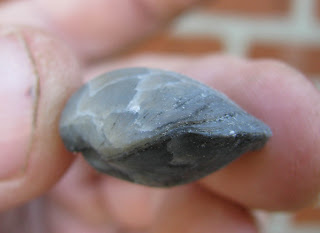 This species can be distinguished from the more common Athyris spiriferoides by the lack strong concentric growth lines.
Posted by Dave at 12:01 AM