The Devonian is the time period during which the first "trees" evolved. This is evidenced by fossilized wood that is found within sediments that were laid down in the ocean. The piece below is a portion of Callixylon newberryi and was given to me by my friend Herb who found it in Kentucky within the New Albany Shale. 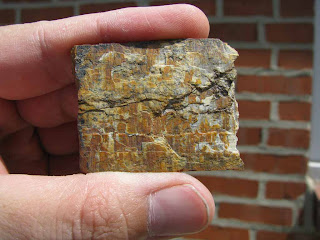 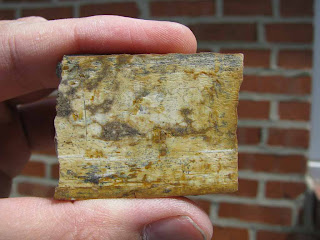 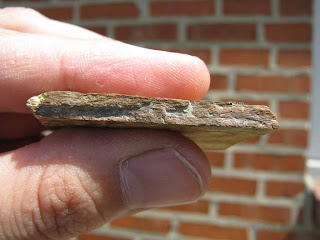 You can see wood grain structure when viewed closely. Mike over at Louisville Fossils has some magnified pictures of one piece. 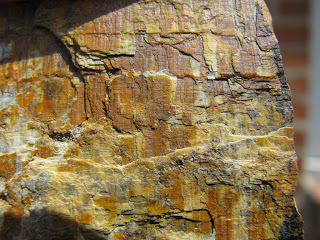 The New Albany Shale is a series of thin bedded black shales that were deposited in the Upper Devonian to Lower Mississippian. It corresponds to the Antrim Shale of the Michigan Basin, the Ohio Shale of eastern Ohio and eastern Kentucky, the Chattanooga Shale of Tennessee and central Kentucky and the Kettle Point formation in Ontario (technically part of the Antrim shale).
Posted by Dave at 12:01 AM