Of all the pieces of fossilized coral that I picked up while in Louisville this is the only specimen of Alveolites that I found. When I picked it up there was mud coating that obscured the upper surface and I couldn't tell what it was. It kind of looked like a "rotten" or heavily eroded coral but the bottom surface looked like some Favosite type corals I'd seen in Arkona, Ontario. Once I washed it I was able to recognize the elongated, overlapping corallites that are typical of the genera. 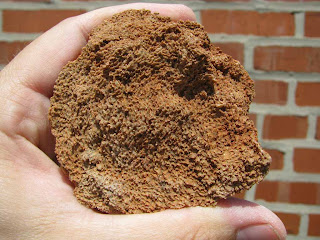 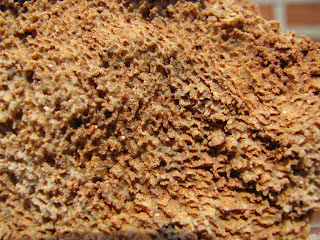 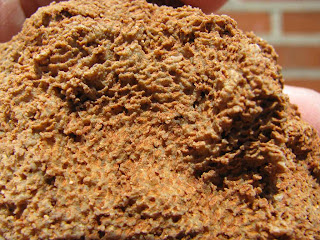 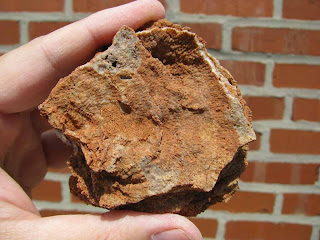 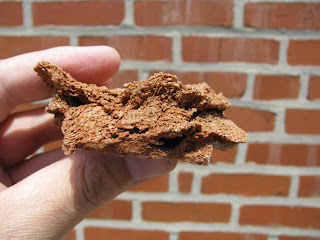 Since it can be difficult to determine the species of corals (and bryozoans), once I determine the genera I will often label it with the species that is most commonly found within the formation. Generally this would be Alveolites goldfussi (a Middle Devonian species) but since this was found at a site that had mixed rocks from both the Devonian Jeffersonville Ls. and Silurian Louisville Ls., it could also be Alveolites louisvillensis.

For comparison, check out my post on Alveolites goldfussi from Arkona, Ontario.
Posted by Dave at 12:01 AM