My previous post explained my trip and the local geology so this one will be about the fossils I found.

I'll start with the greenish oysters that I left off with in my last post. These seems to be two different species.

The first is Ostrea compressirostra which is identified by it's wide flattened valves: 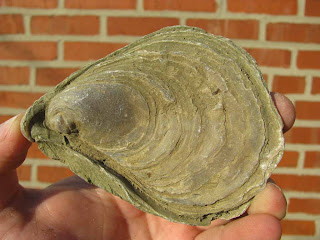 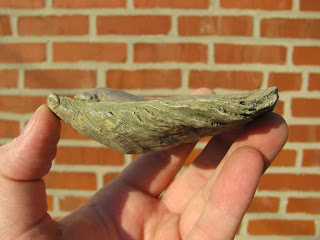 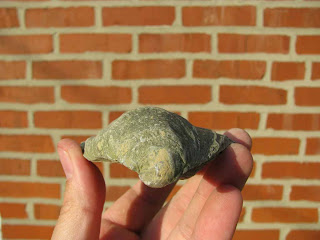 The second is Gryphaeostrea vomer which has a fuller profile than O. compressirostra: 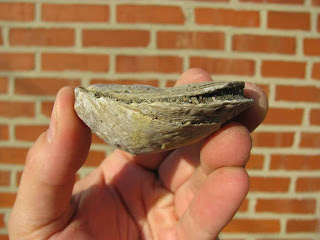 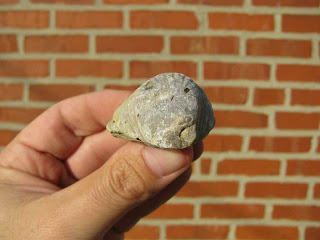 As Oysters are wont to do, it's easy to find the shells clustered and growing on/with each other: 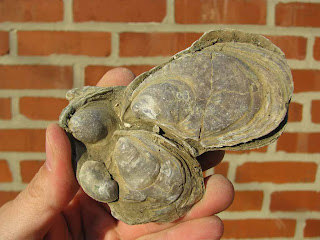 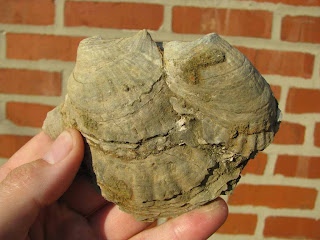 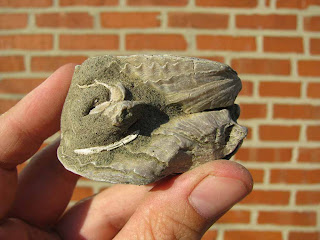 Some sections of the sediments have been cemented with leached iron from overlying sediments. This seems to have been the case with a layer that is profuse with Turritella fossils as the internal molds are very abundant on the beach resembling corkscrews. 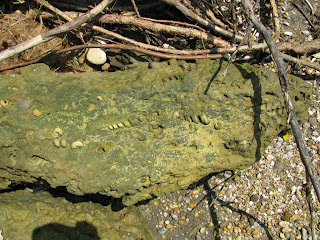 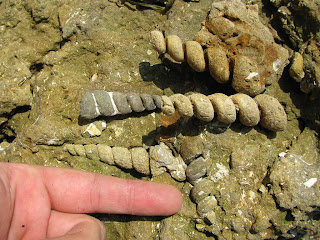 Here is a chunk of matrix with a Turritella internal mold preserved in situ. 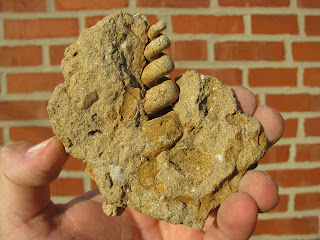 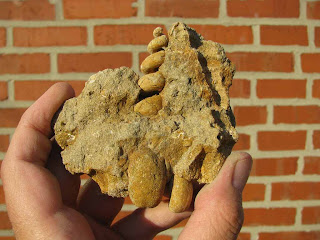 Some clam shells had been preserved in the same way and their internal molds were occasionally found as well: 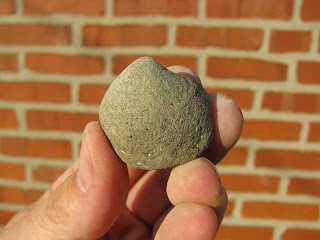 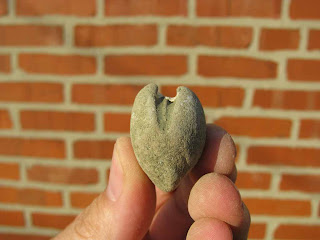 One of the more fascinating fossils were the spiderweb like remains of the shell boring sponge Cliona. They had been preserved as though hovering above the internal shell molds like a net holding a precious cargo: 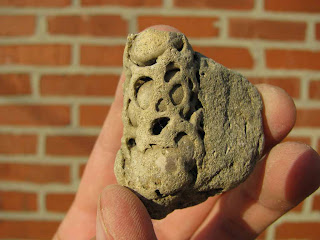 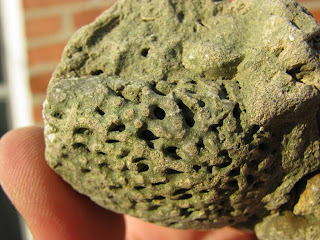 More Sand Shark teeth were found with one poking out of the cliff face: 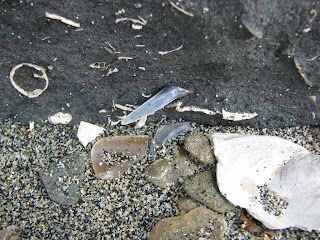 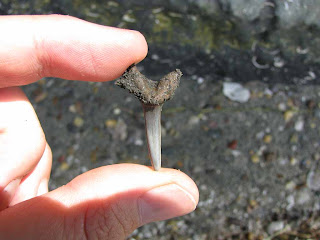 My find for the day was this extinct Mackerel shark tooth Otodus obliquus that I found lying next to my backpack. 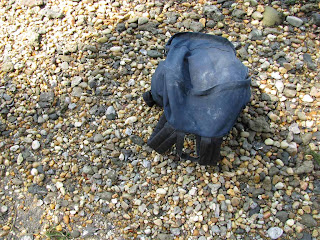 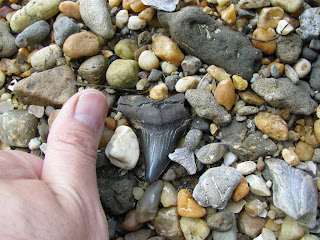 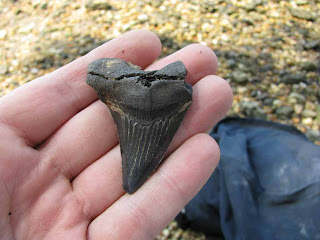 This site was very productive for me on this trip and I will definitely visit it again in the near future when the tides are low.
Posted by Dave at 12:01 AM