On a trip to Colorado in 2008 I was looking for agates in an area south of Dinosaur National Monument. The rocks in this area were Devonian to Pennsylvanian in age, according to the geological map, and I was finding lots of broken pieces of a dark red jasper/agate. Then I looked down at my feet and saw this odd looking rock: 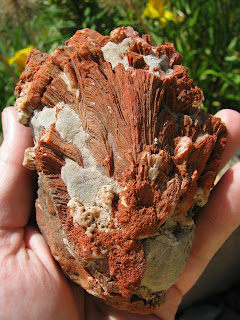 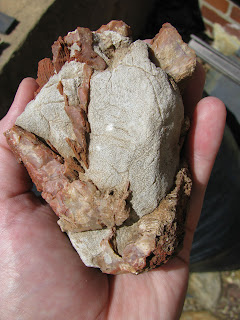 It is a colonial tabulate coral that is partially replaced with the red agate. The agate has replaced some areas of the coral and you can see beautiful sweeping curves and lines. In the areas that have not been replaced, the original light gray limestone/calcite preservation of the coral remains giving the piece some character. 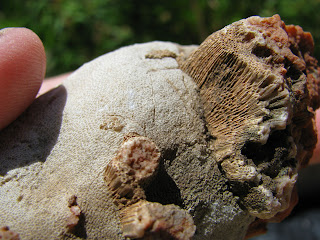 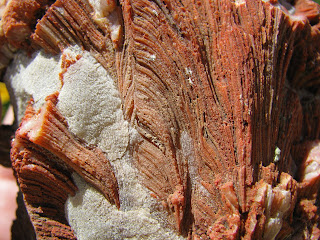 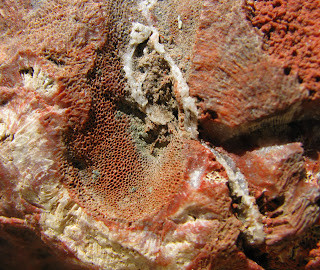 It's like parts of the coral have been cut away to allow us study the internal structures more easily. It's too bad that the individual corallites are too small and weathered to really allow more detailed study to determine species. At this point I would say this fossil is part of the family Favositidae.
Posted by Dave at 12:01 AM