Alethopteris is an ancient seed fern that lived in the Pennsylvanian period about 306 million years ago. It's another common fossil that I find at St. Clair, PA from the Llwellyn formation. Back then there was a small variety of trees most of which fell into three catagories: Lycopsids (Lepidodendron, Sigillaria), Cordiaites, Articulates (Calamites) and Seed Ferns such as Neuropteris, Alethopteris and Pectopteris. This branch, no pun intended, of plants died out sometime in the Cretaceous but we have an idea of what they might have looked like when we view modern Tree Ferns (considered True Ferns) such as this example from New Zealand. 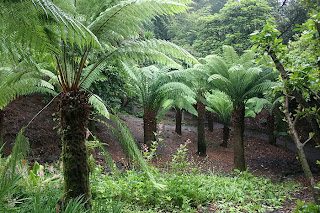 Here are some examples of Alethopteris from St. Clair. It is a very common plant at the site and can often be found covering whole slabs of shale with overlapping fronds. 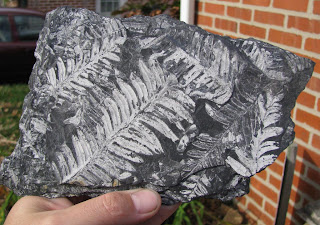 I like when I split a slab and get a nice pair of leaf impressions. 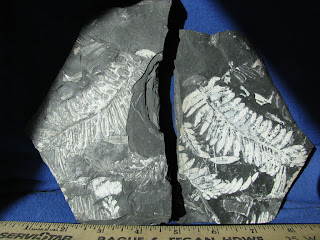 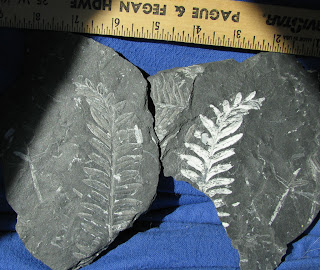