Bryozoans of the Verulam

Here are some Bryozoans from the Ordovician aged Verulam formation in Brechin Canada:

Prasopora - These form disc shaped mounds that sometimes have a "nipple" shaped extention on the top. The example below is missing that portion as it broke off during the excavation process prior to my finding it. For a great example check out this link from my friend Crinus' web site. 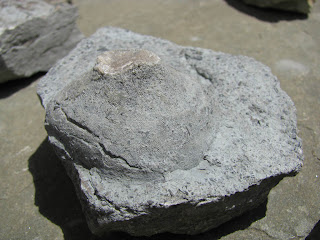 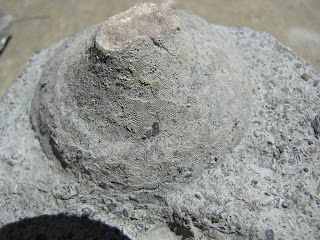 This next Bryozoan is Stictoporella and is immediately recognizable by the web or mesh like appearance. It reminds me a little of a fractal in that you see the large holes in the structure but then you zoom in and see more tiny holes where the actual animals lived. 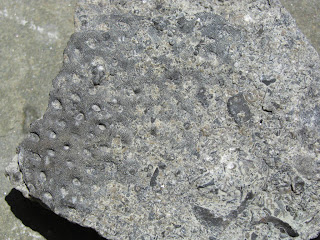 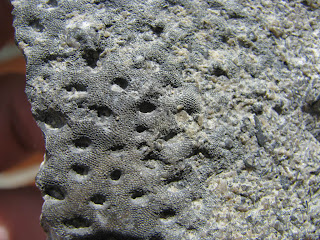 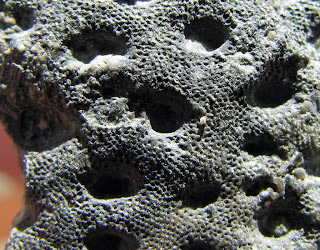 Here is Escharopora which is an interesting Bryozoan in that it forms a long, sword shaped colony. That and the presence of "waves" or regularly spaced mounds on the surface are it's most distinguishing features. 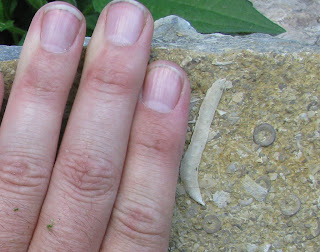 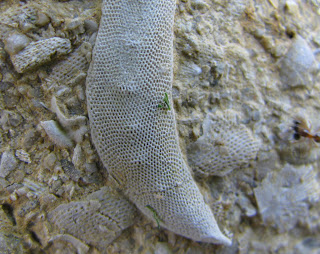 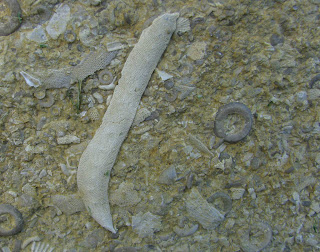 This last specimen caught my eye for two reasons: First the white fossil contrasts nicely with the orange weathered bedrock and second is how much the fossil has been eroded out of the rock and remained intact. I think this is a Hallopora but am not sure. 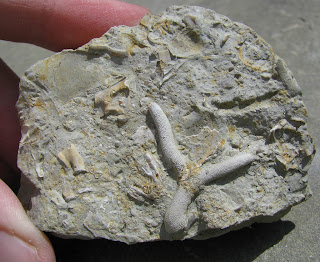