The genera Camarotoechia is a widespread Rhynchonellid from the Ordovician through the Permian. Camarotoechia thedforensis is a species that is found in the middle Devonian aged Widder formation. It's a tiny little shell, one that I can see if I look closely at clean screened gravel from the Hungry Hollow member of the Widder formation. As the shell is only a millimeter or two across it's easy to overlook. Below is a picture of some that I collected this past spring at Hungry Hollow, near Arkona in Ontario, Canada. 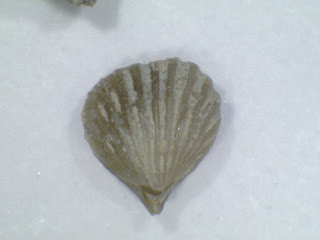 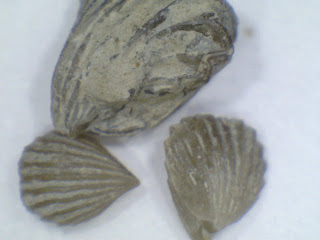 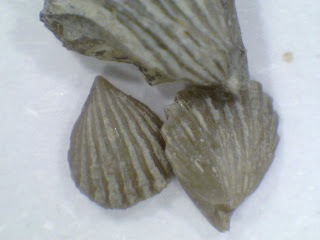 These are some Camarotoechia from the Early Devonian aged Haragan formation of Oklahoma. They are larger than those from Arkona (up to 5mm) and are called C. haraganensis. 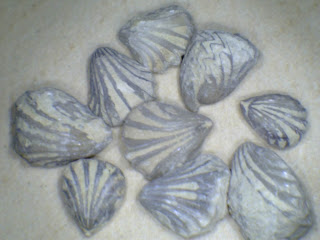 Here they are arranged around the US quarter sized Euro coin: 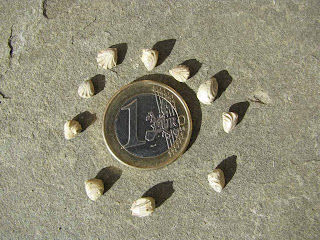 I've read that Camarotoechia can be found in the Mahantango but, since my research on the genera has shown me that it is widespread and has many different sizes and shapes, I'm not sure if I have found any as of yet. The only possible candidates so far come from the Fort Hunter site: 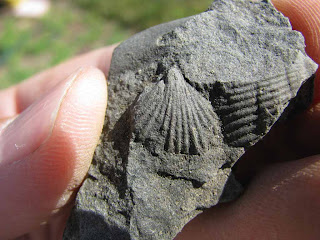 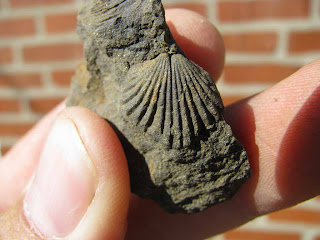