There were some other fossils that came with the Cephalaspis skulls from the Ukraine. These were from Ordovician aged rocks near Ternopol and look similar to fossils I've found in Ohio and Kentucky.

Here is a fossil hash plate with a mixture of Brachiopods and Tentaculites. 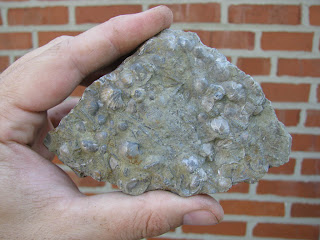 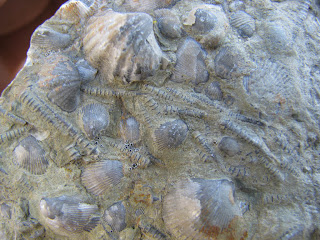 This is a large orthoconic Cephalopod that has been glued together to display the large size the creature attained. I've seen specimens as large as this from the Ordovician rocks around Cincinnati before but they are always in a huge chunk of rock or broken into many smaller pieces. 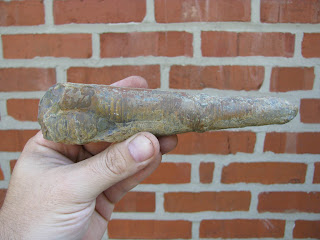 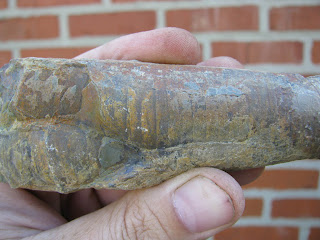 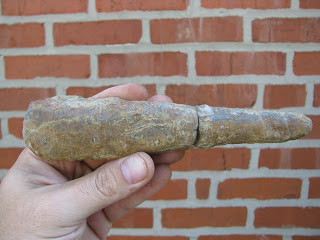 Finally some Platyceras snails. These came with a label that indicated they were from Ordovician rocks around Ternopol, but the morphology of the snails, and the genera name given to them (Praenatica which is an alternate spelling of Platyceras) indicate a Devonian age. 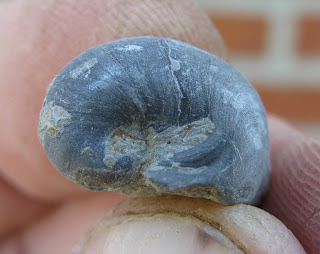 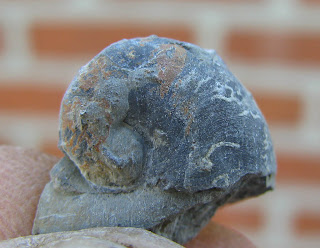 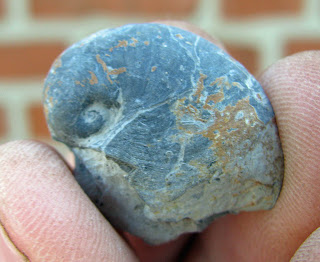 I wish I knew more about these fossils, their geology and where they were found but sometimes you can't get that kind of information through a fossil trade. Since Gery did not collect these himself (he received them in a trade from the Ukrainian collector) he does not have first hand knowledge. If anyone reading this knows of where to find more information about fossils from the Ternopol region and Ukraine in general please let me know.
Posted by Dave at 12:01 AM