A very common Brachiopod species in middle Devonian rocks is Chonetes. It's a small Brachiopod that doesn't get much larger than about a centimeter. Here is a specimen from the Mahantango formation. 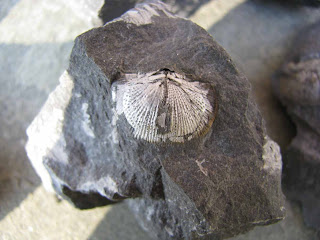 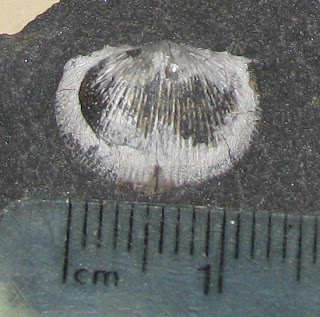 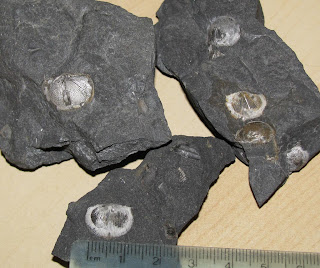 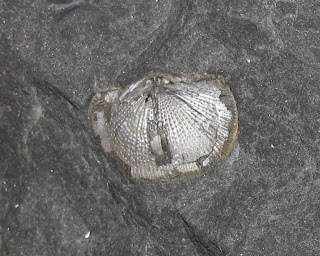 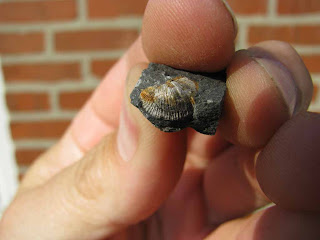 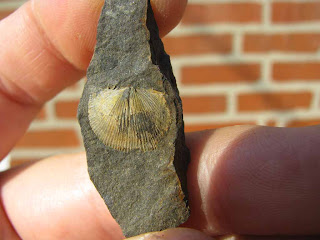 This shell is small enough that it's often protected from ground water and thus you can find it with shell material (the white coloration you see above) still intact.

I found some of this same genera while at Arkona in the Hungry Hollow formation. 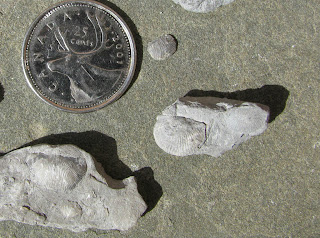 While there, friends told me that all shells of the type shown above are called Devonochonetes from that locality. This is interesting because I've been finding a shell in the Mahantango that I've been calling Devonochonetes for a while now but it's much larger than those that I call Chonetes: 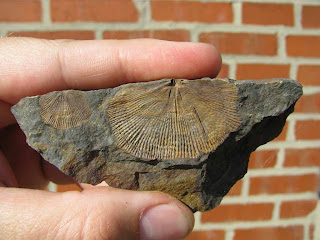 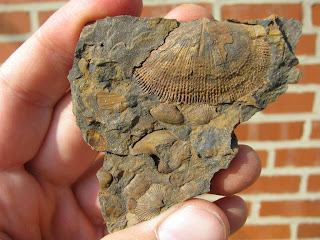 Below is a photo with samples side by side so you can see the size difference for yourself. 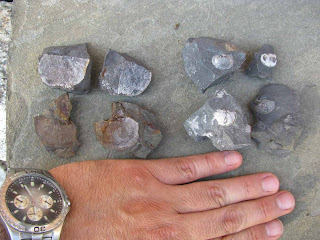 I checked my best reference for the Mahantango formation fossils (Stratigraphy and Paleontology of the Mahantango Formation in South-central Pennsylvania. Robert Ellison, 1965) and it seems to have many examples of the smaller shell and it refers to it as Devonochonetes. Now I'm curious as to what the proper name is for the shells I'm finding. Maybe the larger shells that I have been calling Devonochonetes are another species, possibly Eodevonaria? Does anyone else have an idea?
Posted by Dave at 12:01 AM