Paracyclas is a Pelecypod from the Devonian period. The Paleobiology Database says there are examples found in the upper Silurain and lower Mississippian but most of their citations come from the Devonian.

Here is an example from the Jeffersonville formation near Louisville, KY. I found this on a trip in 2007 and I thought it might be a Brachiopod at first. Once I examined it closer I found the symmetry between valves and knew this was a Pelecypod. 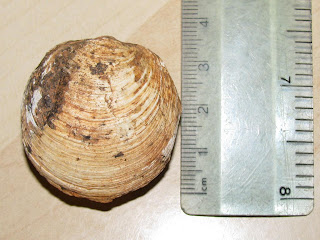 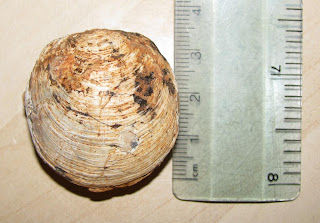 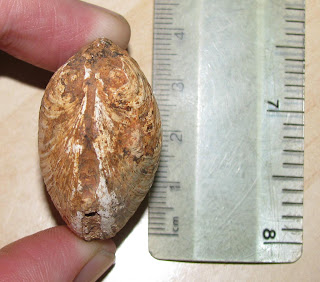 As a comparison, here is one that I found this past fall in a Mahantango formation deposit. It's preserved in Shale so I don't get to see both valves. 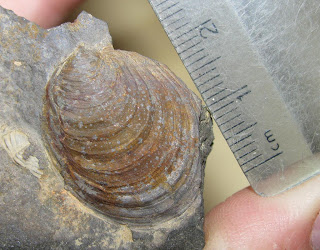