Today I have a couple of specimens of an insect from the family Bibionidae that come from the Parachute Creek member of the Green River formation. I think they can be narrowed down to the genus Plecia but beyond that I am unsure of what species have been described from the Green River formation. The specimens that I identify as Plecia sp. have an abdomen that is at least twice as long as it is wide with wings that are as long or longer than the abdomen. The wings are rounded on the far ends resembling an oval shape. 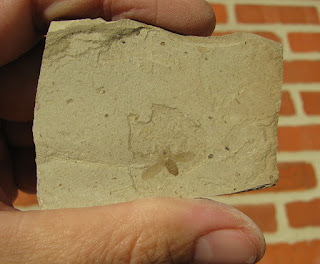 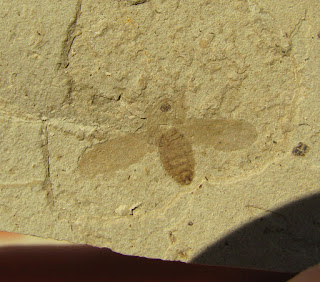 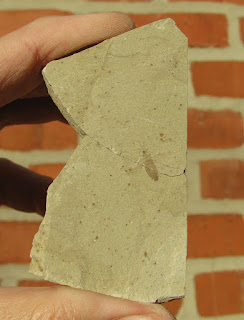 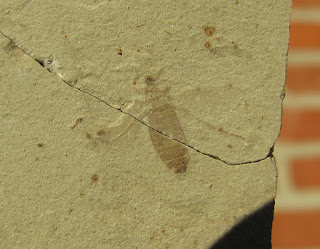 Members of the genus Plecia are still found today and are often called "March Flies" or "Love Bugs" due to their appearance early in the year to mate in large swarms.

I collected these fossils at the FAA radar dome in Garfield County, Colorado near Douglass Pass. The Parachute Creek member of the Green River formation is Eocene in age, Lutetian stage (about 46 mya)
Posted by Dave at 12:01 AM