Back during the Oligocene period there were lots of weird mammals running around that would evetually evolve into the modern forms we know today. One of these was Poebrotherium sp. which roamed the plains of the upper Midwest US. It's remains are found in the Brule formation which is a sub-unit of the famous White River formation.  Poebrotherium sp. was about the size of sheep but was more closely related to camels and llamas. According to Wikipedia, Poebrotherium sp. was a grass eater and was the equivalent of the modern gazelle or deer. The specimen below was one that I purchased primarily for the color of the jaw bone which looks like a nice piece of marble. 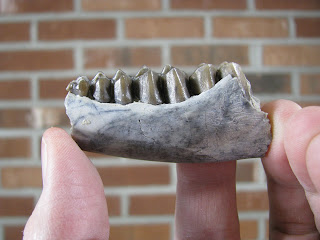 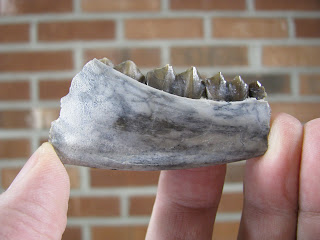 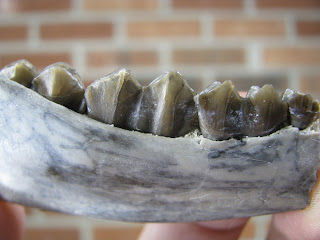 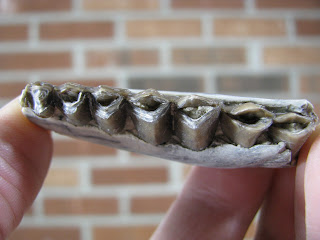 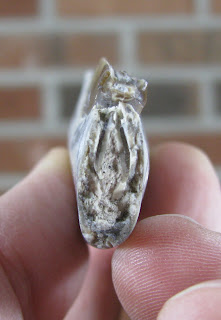 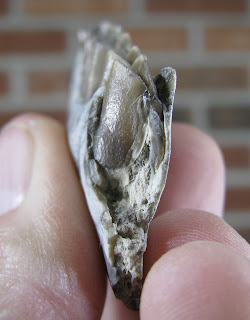 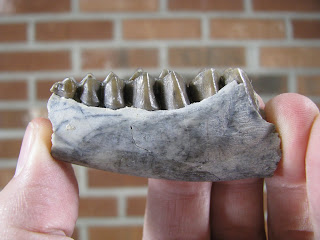 The Brule formation is a sub unit within the White River formation and was deposited roughly 32 mya during the Oligocene (Rupelian stage). This specimen was found on private land in Nebraska.
Posted by Dave at 12:01 AM