This little, round, marble like brachiopod is Uncinulus sphaeroidalis from the Kalkberg formation. It can be distinguished from similar Uncinulus species by the roundness of the shell when viewed in profile or from the front or back. Both valves are convex and have coarse plications with a slight ridge/sulcus but they only have a subtle effect on the shape of the shell. The sulcus and ridge are most expressed along the anterior margin as it angles up over and then back down at a near 90 degree angle. 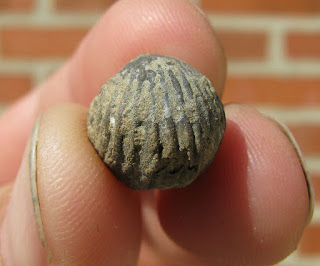 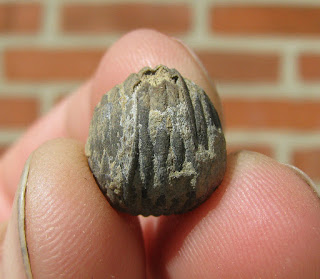 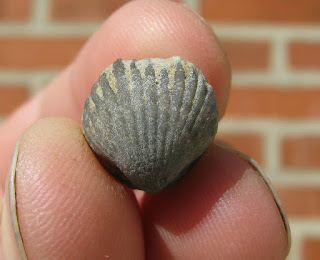 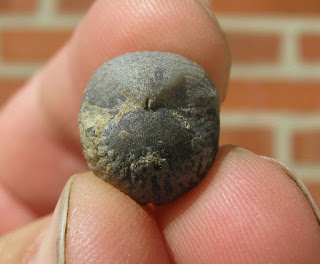 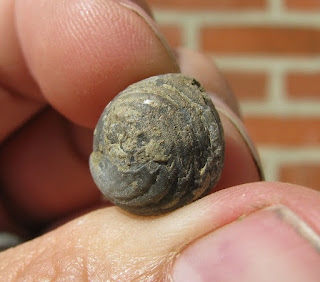 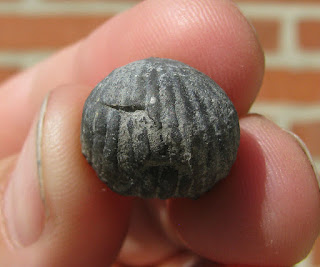 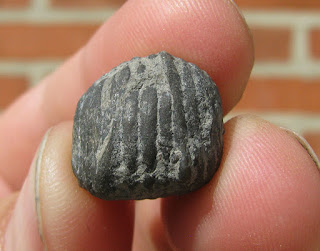 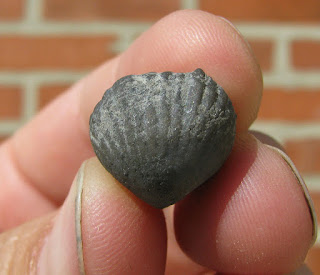 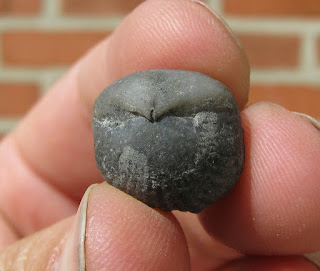 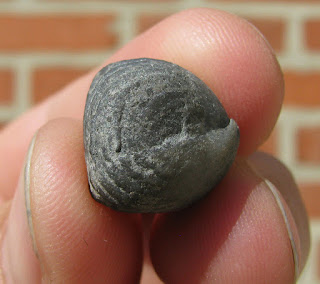 Both specimens were collected from the Kalkberg formation of New York, which is lower Devonian in age (Lockhovian to Pragian stage), near the town of Shoharie.