The specimen below is the only one of any kind of inarticulate brachiopod that I found in the Kalkberg formation of New York. It is fused to the shell of an articulate brachiopod (an orthid of some type perhaps) and is somewhat weathered. From what I can see it is round to oval shaped along the margins with the dorsal valve broadly conical and having a central apex. The specimen has been weathered enough to remove most of the surface ornamentation which would help to identify it down to species level but I do see some very fine concentric growth lines. There also appears to be some mimicking of the shell structure upon which is has cemented itself along one edge. Hall does not list many inarticulate brachiopods as coming from the lower Devonian rocks of New York, however he does list several species under a genus called Discina in "Paleontology of New York", Vol III part 1, page 159-162. Hall also mentions that other workers has ascribed similar looking specimens to Orbiculoidea which is in the same family as Discina. For now I am calling this specimen Discina sp. until I can clean it to find more detail or otherwise determine it to be a different genus. 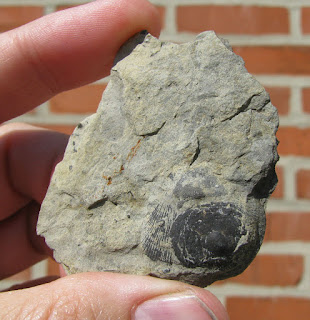 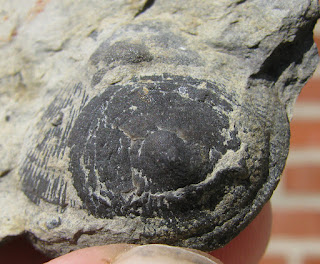 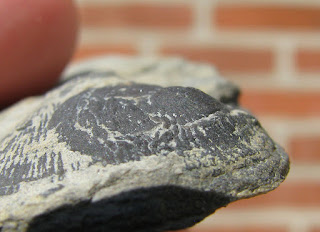 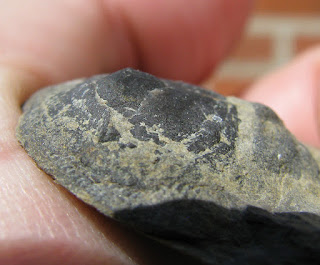