These are a couple of brachiopods that I recently collected from the Kalkberg/New Scotland formation in New York. I believe they are Rhynchonella altiplicata (Hall) based on the description by Stuart Weller on pg. 282 in "Report on Paleontology, Volume III, The Paleozoic Faunas", Geo. Survey of NJ, 1903:


Shell broader than long, subtriangular or broadly subovate in outline. Pedicle valve with a pointed, incurved beak, depressed anteriorly in a deep, angular sinus, which extends to the umbo and bears a single, strong, angular, median plication. Brachial valve more convex than the pedicle, elevated in front in an angular mesial fold. Both valves marked by three or four simple, angular plications on each side of the fold and sinus, which continue nearly to the beak, and with a single median plication on the fold and sinus.​ 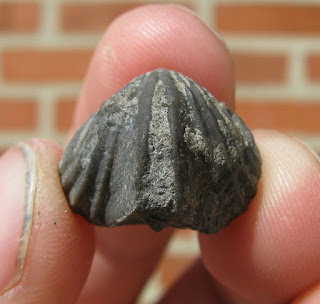 Anterior  - with some matrix that needs removed 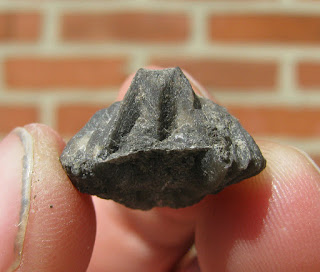 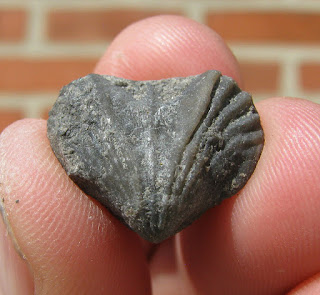 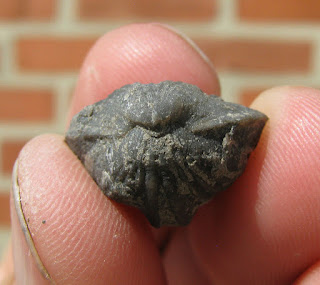 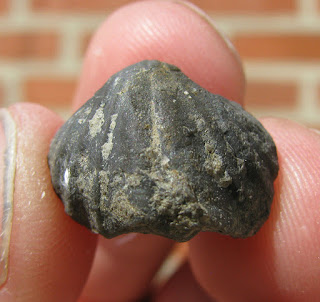 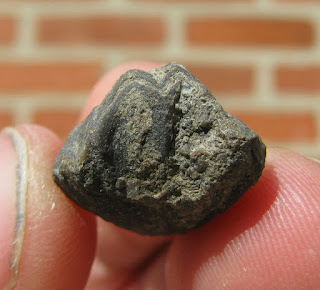 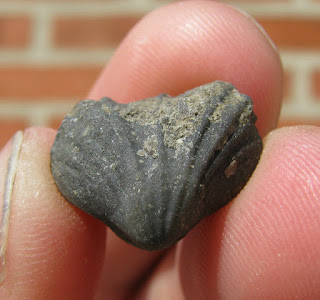 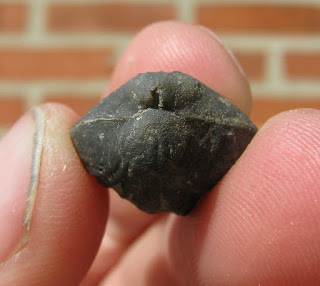 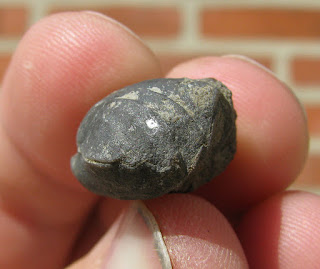 Interestingly enough, the "Lower Devonian" book by the Maryland Geological Survey, 1903 lists a Camarotoechia altiplicata which looks similar to Hall's R. altiplicata. However there is a question mark after generic name so that means they were unsure if it belonged in Rhynchonella or Camarotoechia. As I do more research I find that the genus Rynchonella is restricted to the Oxfordian stage of the Jurassic to the Hauterivian stage of the Cretaceous. Camarotoechia is a Paleozoic genus and it seems to make more sense to call this C. altiplicata even though I can find no other references to the species.

The Kalkberg formation is lower Devonian in age (Lockhovian to Pragian stage). I collected these specimens from a roadcut near Shoharie, NY.
Posted by Dave at 12:01 AM