Hindia sphaeroidalis sponge from the Kalkberg formation of New York

Sponges are not something I typically look for while collecting but some of the specimens of Hindia sphaeroidalis that I found in the Kalkberg formation of New York were nearly the size of a ping pong ball! I know that Hindia is a somewhat common sponge from the Ordovician up through the Devonian but these are the first specimens I have found. H. sphaeroidalis forms a round sphere or ball shape with no one particular surface being an obvious "top" or "bottom". I suspect this is because it rolled with the waves or currents on the sea floor rather than secure itself to a single spot. Other than the round shape, the only other way you can recognize this fossil is the granular surface which is in contrast to the typically fine, smooth limestones of the Kalkberg. 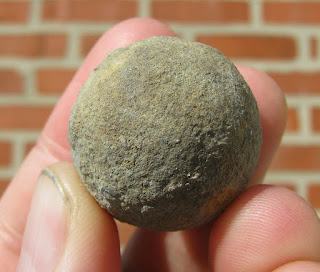 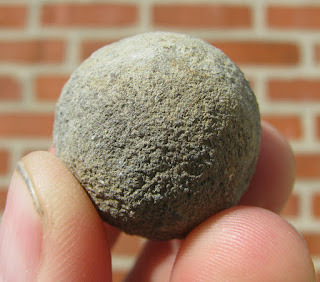 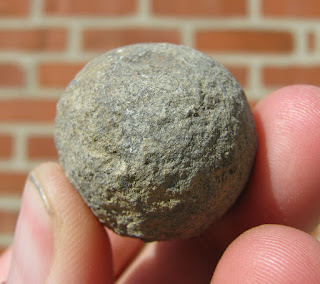 Specimen #2 - with some matrix still attached. 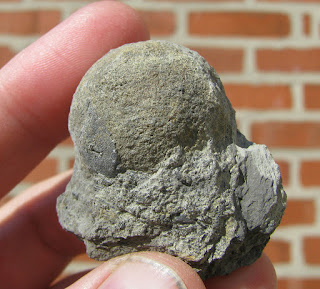 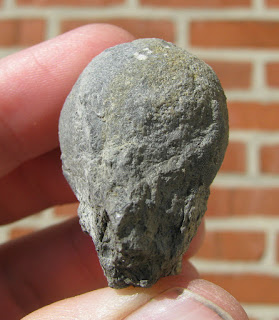 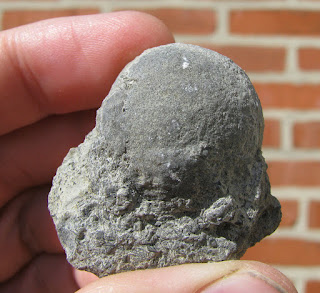 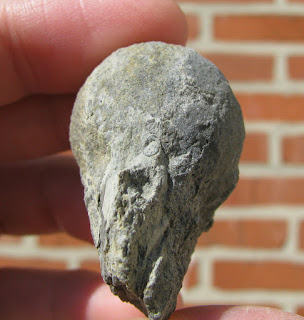 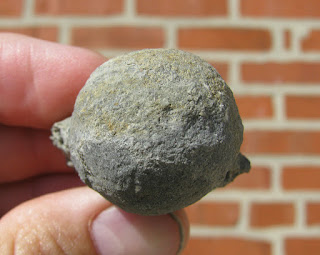 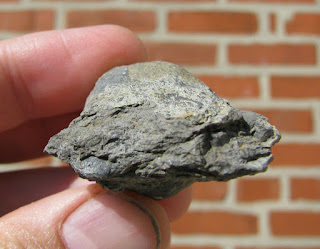 Specimen #3 - This is an odd one in that it is somewhat flattened but it does not appear to be the result of compression. 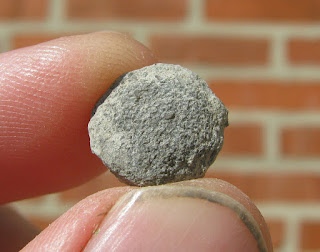 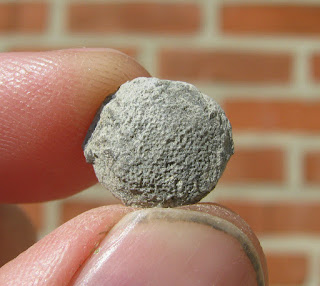 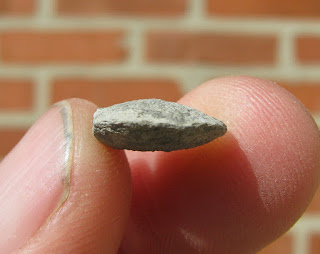 Here are the three above specimens in a side by side shot to show the variation in size. 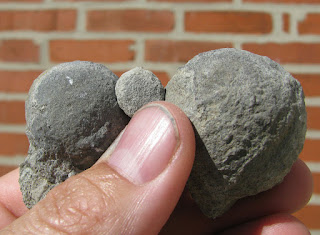 Specimen #4 - This is the only specimen I found with any sort of mark or area that broke the round surface. The dimple shape on this specimen is unusual and might be the result of the specimen growing next to another of it's species. I do not think it is a different species or genera as there are no other indicative markings to be found and the rest of the specimen conforms to the generally spherical shape know for H. sphaeroidalis. 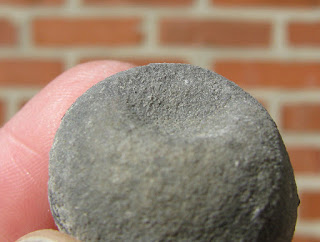 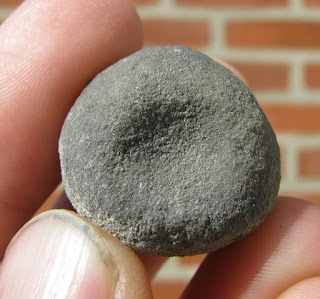