The Rhynchonellida brachiopods are often tough to discern from one another, Especially some of those in the family Uncinulidae. Case in point are these two specimens that I believe are Uncinulus campbellanus (based on Karl Wilson's book "Field Guide to the Devonian Fossils of New York"). Both come from the Kalkberg formation (Devonian, Lockhovian to Pragian stage) and were found in the same area. They have a larger brachial valve than the pedicle valve and feature a sulcus at the margin with a poorly defined ridge on the brachial valve. There are at least 20 rounded plications on both valves which is a key identifier for U. campbellanus. Also, the overall shell, when viewed from above or below, does not as quickly come to a point at the beak like U. pyramidatus does (which was my first guess when I started to ID these specimens). 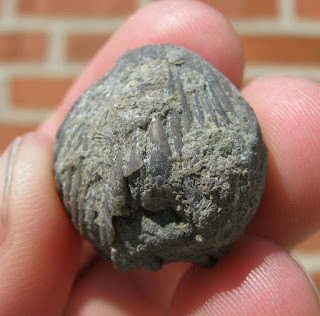 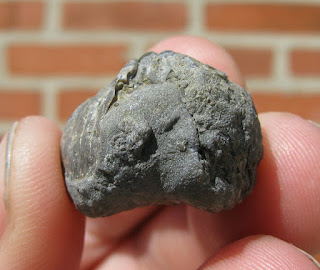 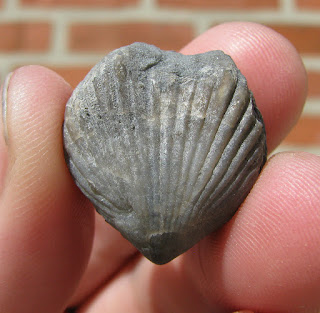 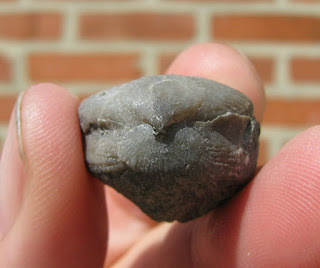 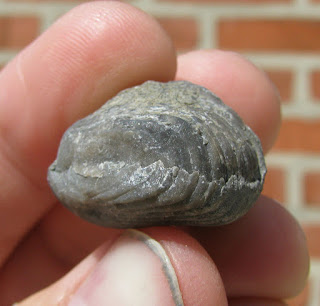 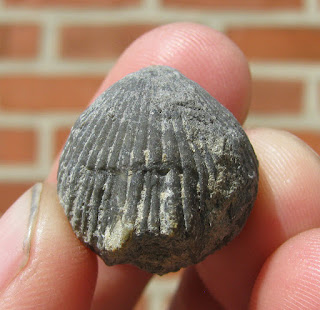 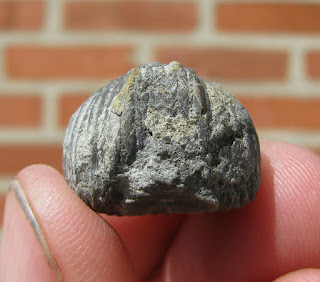 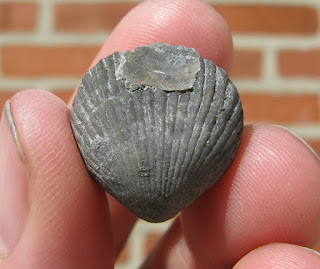 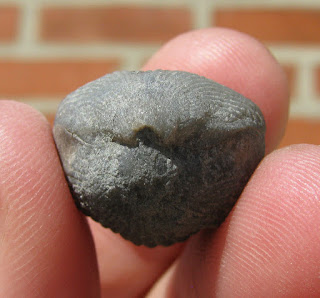 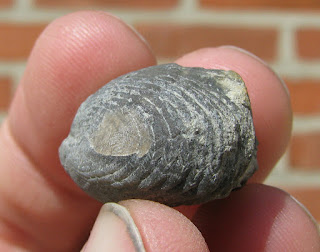