Machaeraria formosa brachiopod from the Kalkberg formation of New York

This specimen, that I collected from the Kalkberg formation of New York, has given me some trouble trying to identify it but I think I've narrowed it down to Machaeraria formosa. I'm basing this due to the description by Hall in "Paleontology of New York", Vol III part 1, page 236:


SHELL subtriangular or transversely oval; lateral margins forming an angle at the beak of about 90° to 110°. Ventral valve somewhat more depressed than the opposite: beak prominent, arched, not strongly incurved. Dorsal valve larger, declining with a gentle curve towards the margins: beak incurved.
SURFACE marked by twenty to twenty-four simple angular plications on each valve, from two to four of which in the middle are coarser and depressed in the ventral valve, having a corresponding number abruptly elevated upon the dorsal valve; concentrically marked by fine closely arranged striae.

Hall's originally named the species Rhynchonella formosa in the aforementioned 1859 publication but that appears to have since been updated to Machaeraria formosa based on Karl Wilson's 2014 book "Field Guide to the Devonian Fossils of New York". 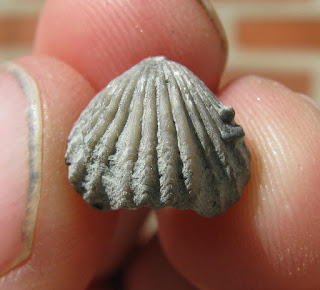 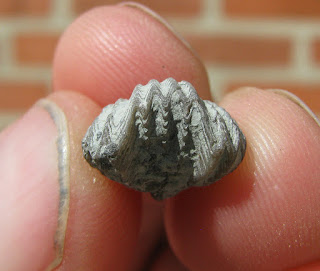 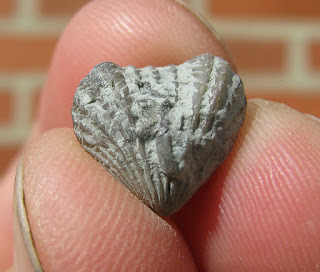 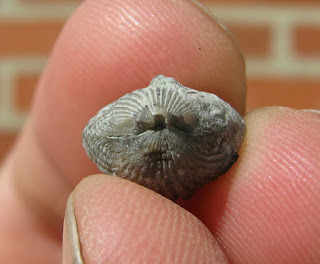 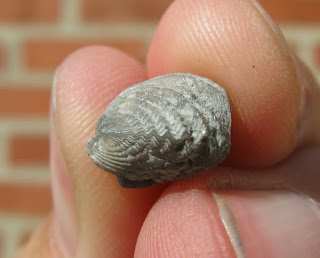