Graptolites are a colonial organism similar to Corals and Bryozoans and they are also important index fossils used to help date the rocks they are found in. In the Verulam formation (middle Ordovician, Katian/Mohawkian stage) of Ontario, Canada they are found as black carbon films on the grey limestone rock. Below is Diplograptus amplexicaulis, one of two species that is known from the formation. It formed straight, needle like colonies with edges that look like a saw tooth. Each of the "teeth" was an individual animals home and the colony grew by budding at the tip to make the whole group longer. Because the fossils are preserved only as carbon films it is hard to get good clear examples as they flake or rub off very easily. 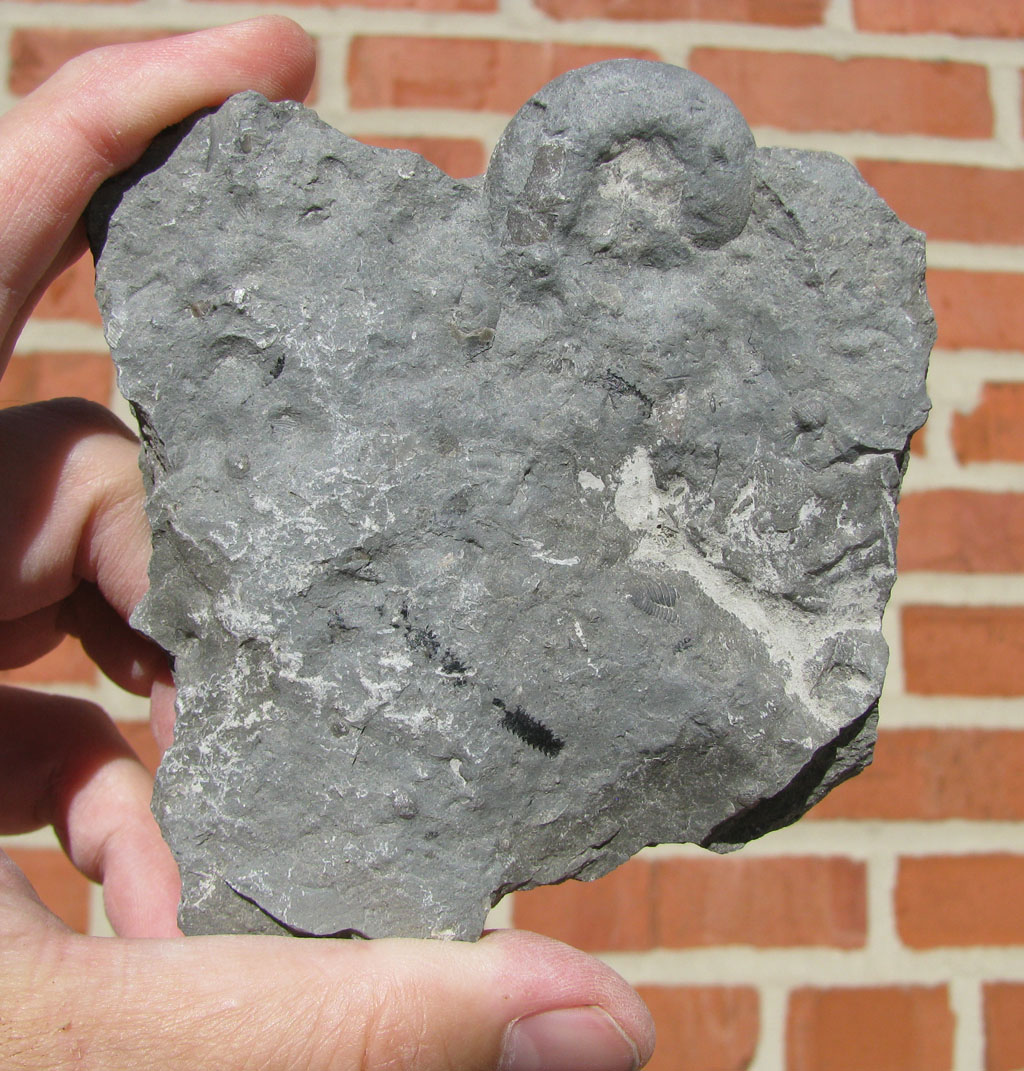 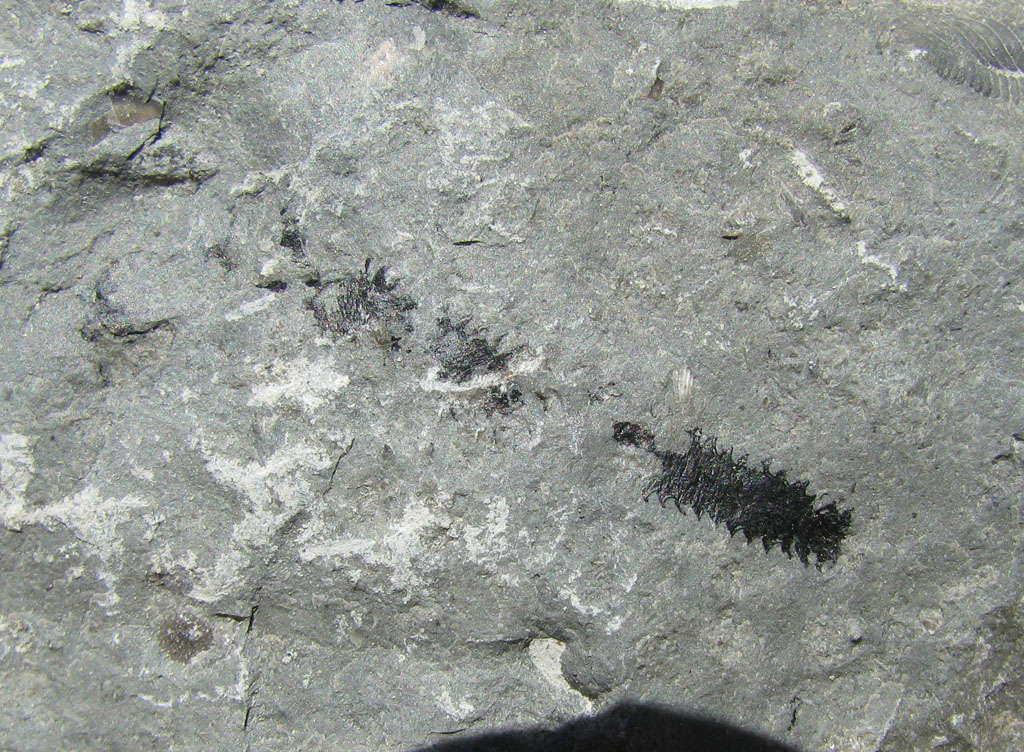 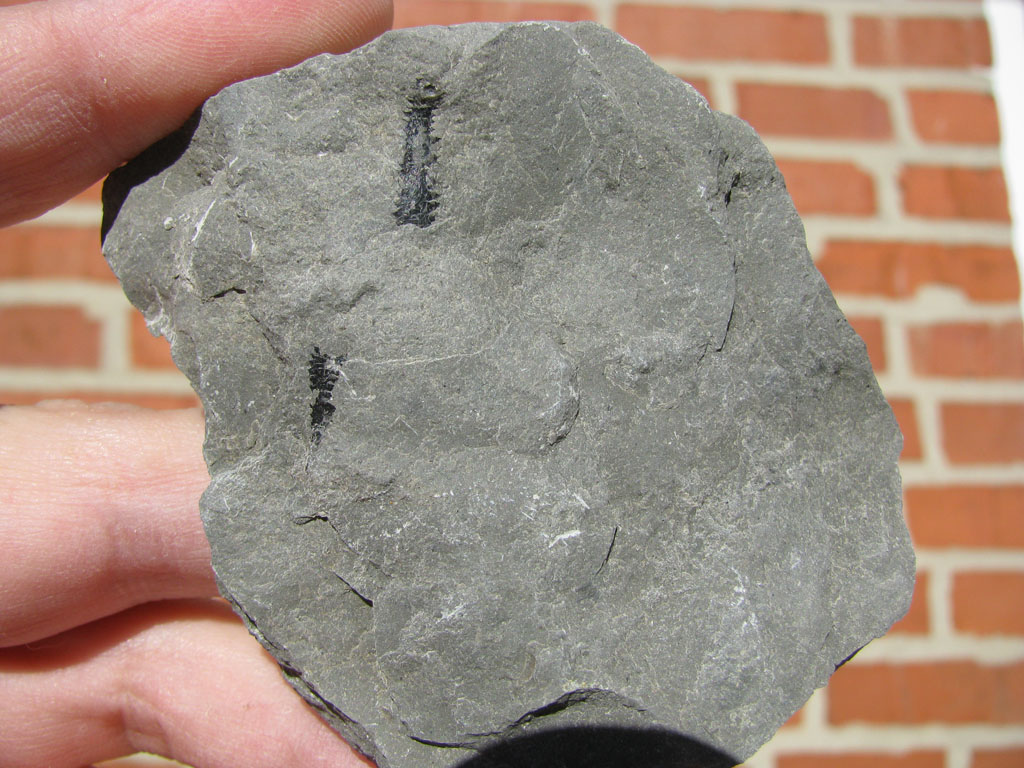 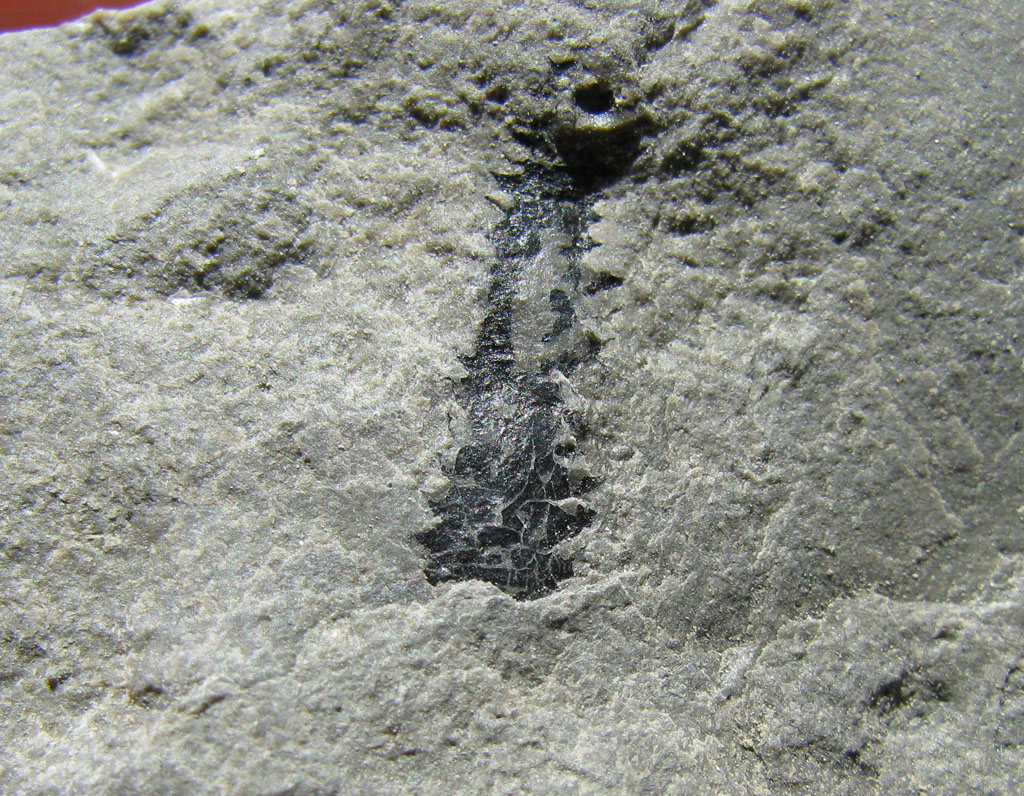 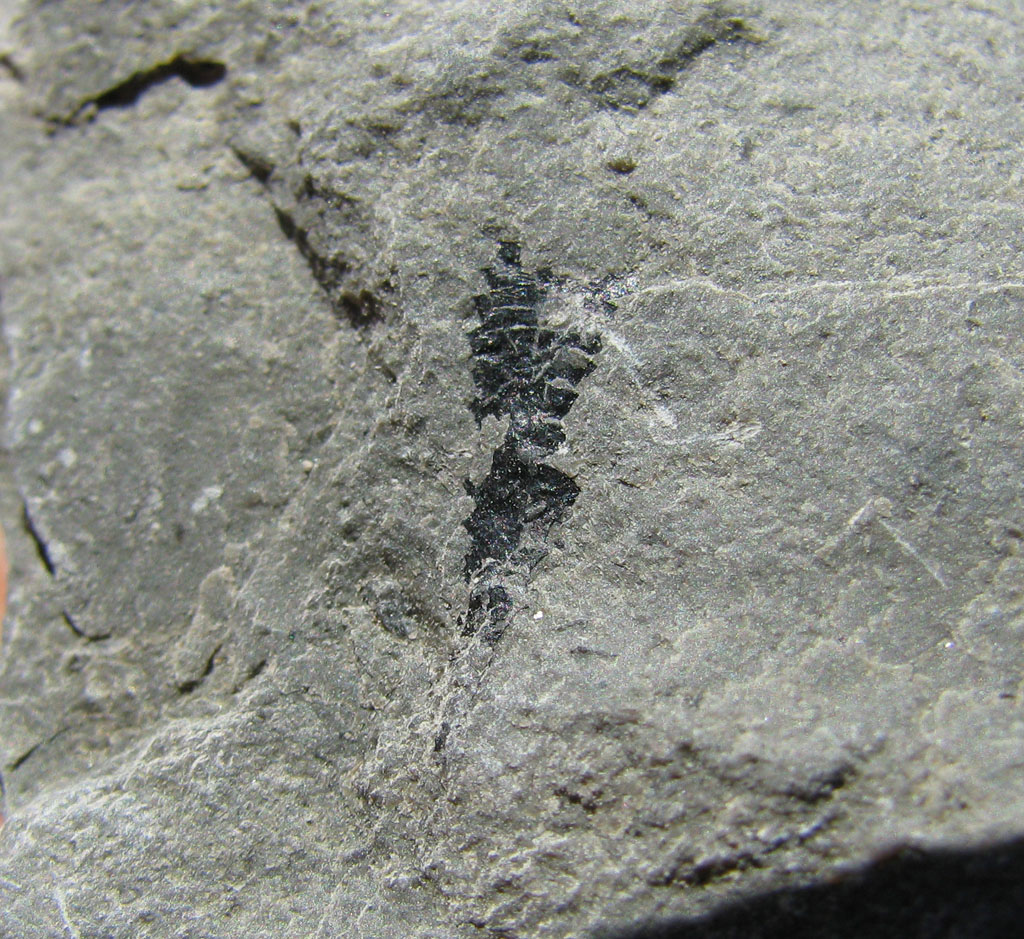