While on the road this summer en route to a collecting site I stopped off at a road cut just north of Avoca, NY on I-390. It is a large cut that exposes rocks of Upper Devonian age (Fransian stage) from the Gardeau formation of the West Falls Group. Much of the fallen rock that is exposed at the base of the cut is barren but I did find occasional fossils. This was perhaps the best specimen I found and is the brachiopod Cariniferella tioga. The oval shape of the shell reminded me of Schizophoria sp. but the radial ribs were too coarse for that ID to be correct. Schizophoria does not have a sulcus on the brachial valve either. It was after I received my copy of the new book "Field Guide to the Devonian Fossils of New York" by Karl Wilson that I realized I had a Cariniferella fossil. 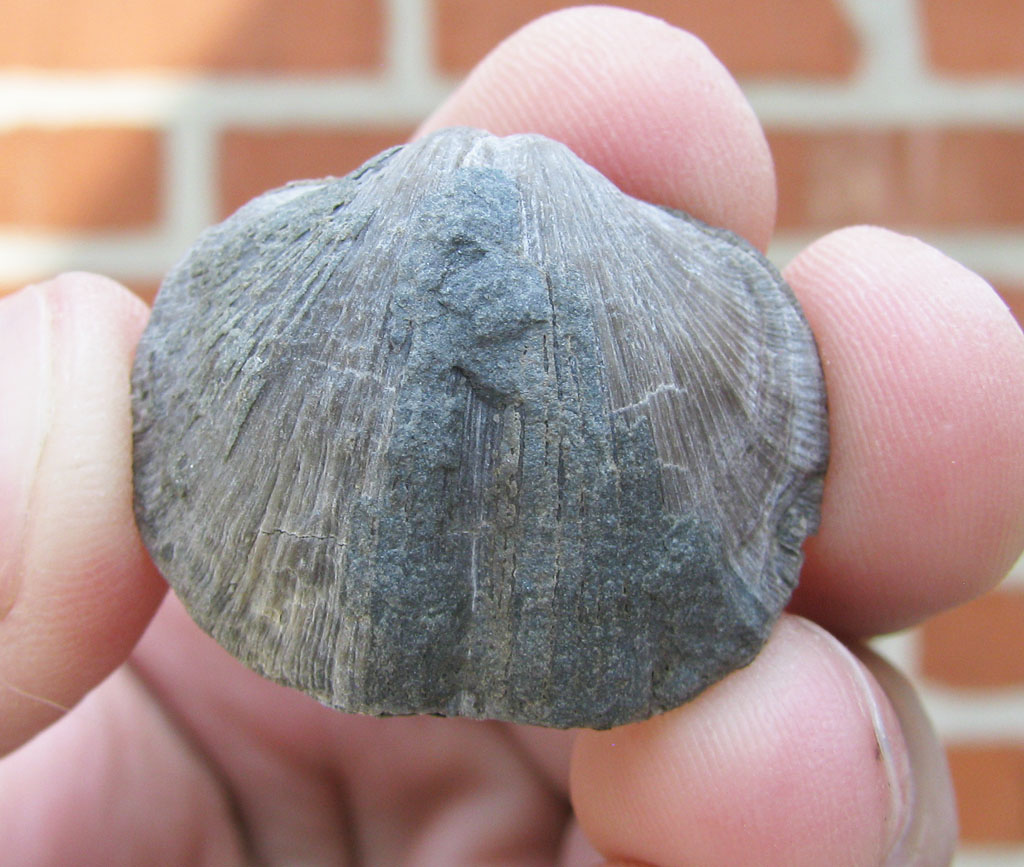 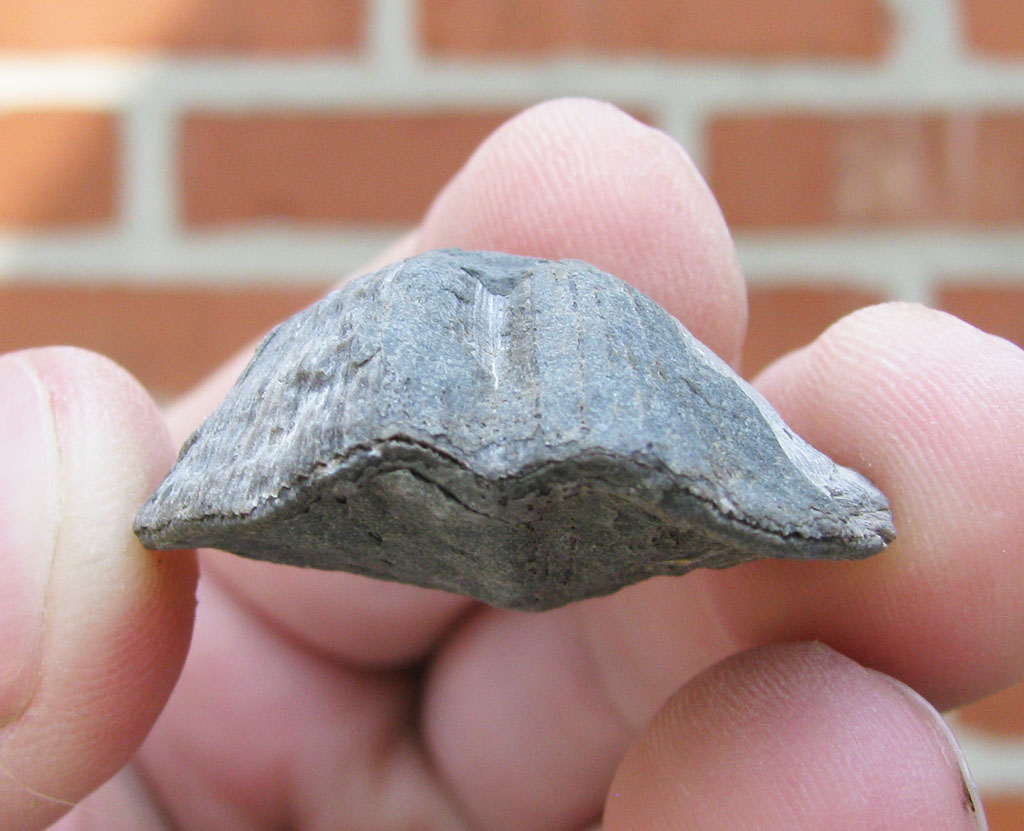 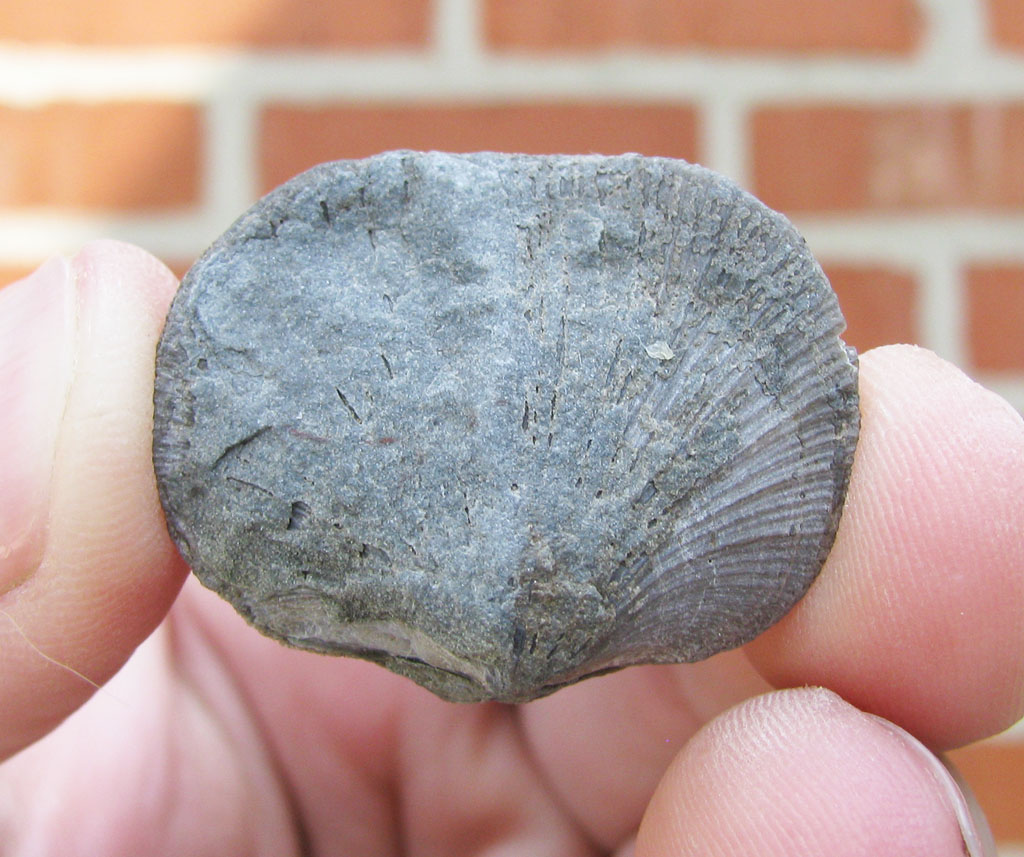 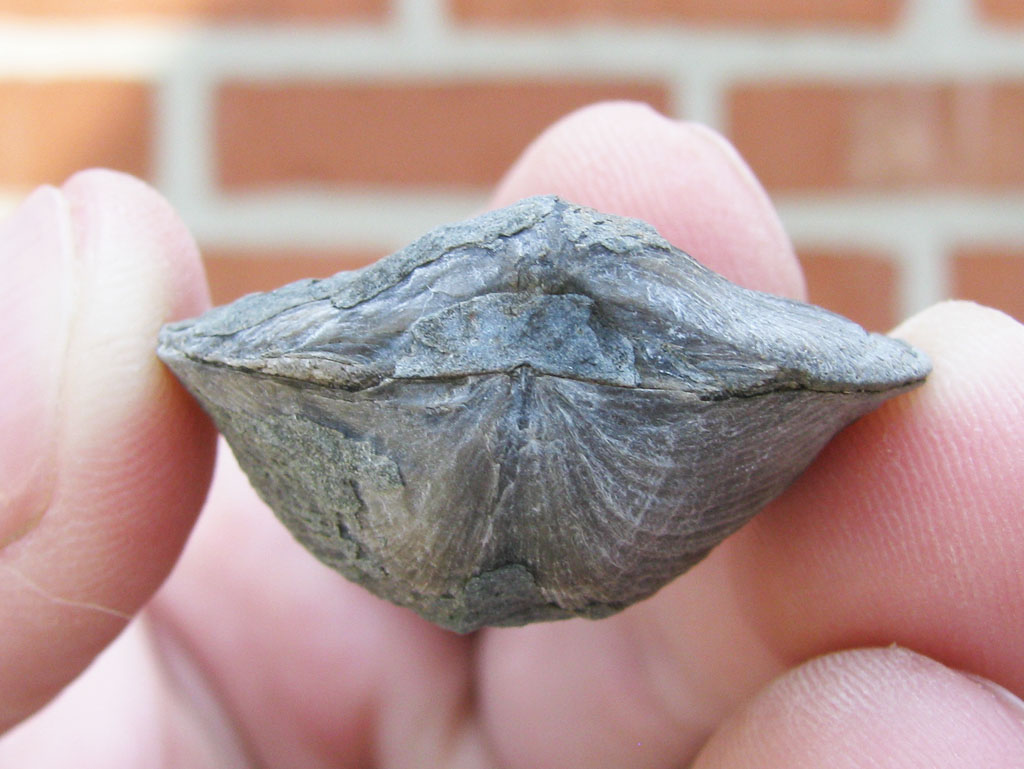 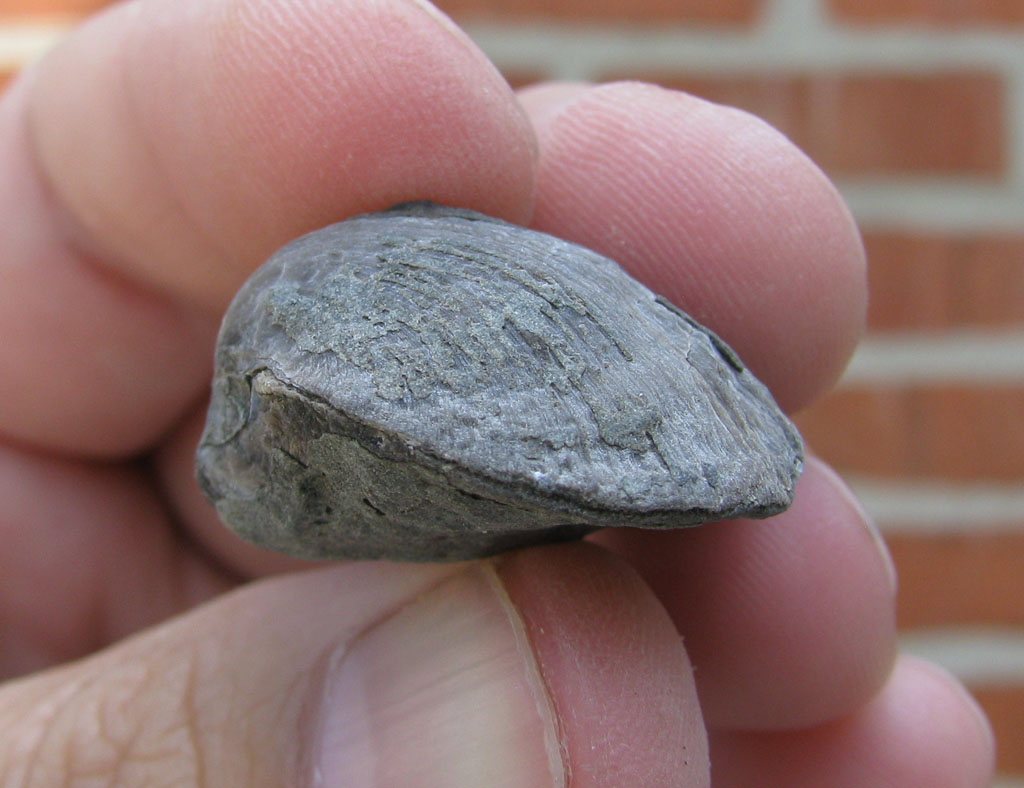 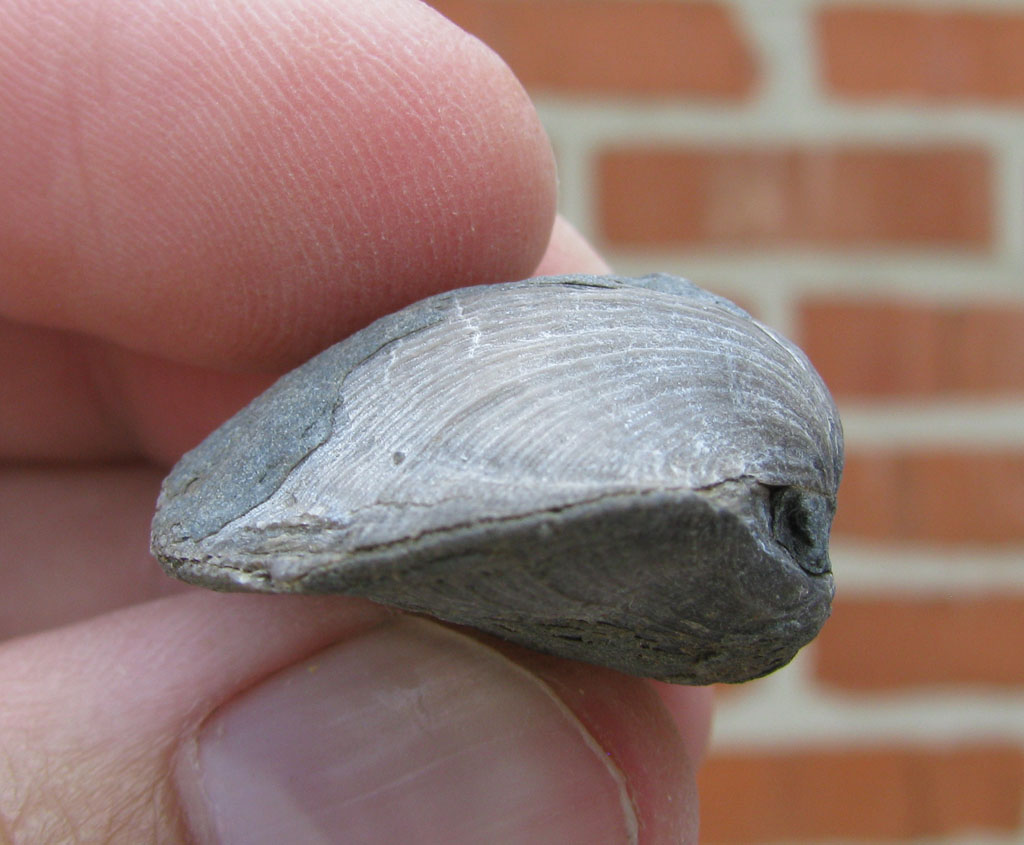