A couple of years ago I found a small, isolated specimen of Scalaripora sp. from the Arkona formation. On a visit this past fall I found two more pieces that are larger than that first piece. Both have the same thin, tripartite growth pattern but there is enough present that I think I can narrow the species down to S. canadensis. I base this upon reading an old text: "Contributions to Canadian Palæontology, Volume 1" By Joseph Frederick Whiteaves, Montreal, 1885.  Page 378 has the following description and plate 48 has an illustration.


"Zoarium consisting of stems that are triangular and almost equilateral in transverse section, the broadest of the three faces having a maximum diameter of about 7.5 mm, and the narrowest of 6.5 mm. Faces shallowly concave or nearly flat: angles acute forming three sharp, prominent, and nearly straight but rather irregular, longitudinal ridges. Transverse ridges distant, nearly as far apart as the faces are broad, not continuous in either of the two fragments examined, developed (or present) on two of the faces in the longer of these fragments, and on only one face in the shorter. Whole surface celluliferous, apertures averaging from about 0.16 mm to 0.25 mm in diameter, usually rather more than their own diameter apart, or about equal to it in distance, subcircular with a slightly elevated annular peristome and arranged obscurely in more or less regular diagonal rows, seven or eight in three mm. Internal structure not observed. " 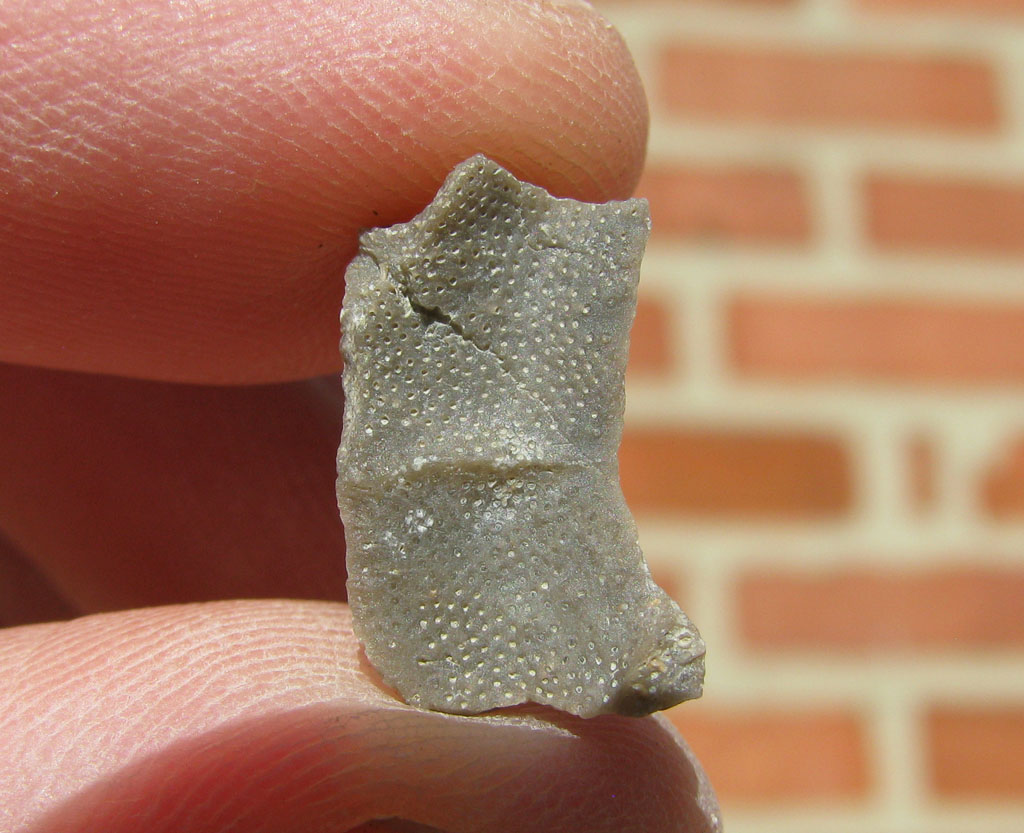 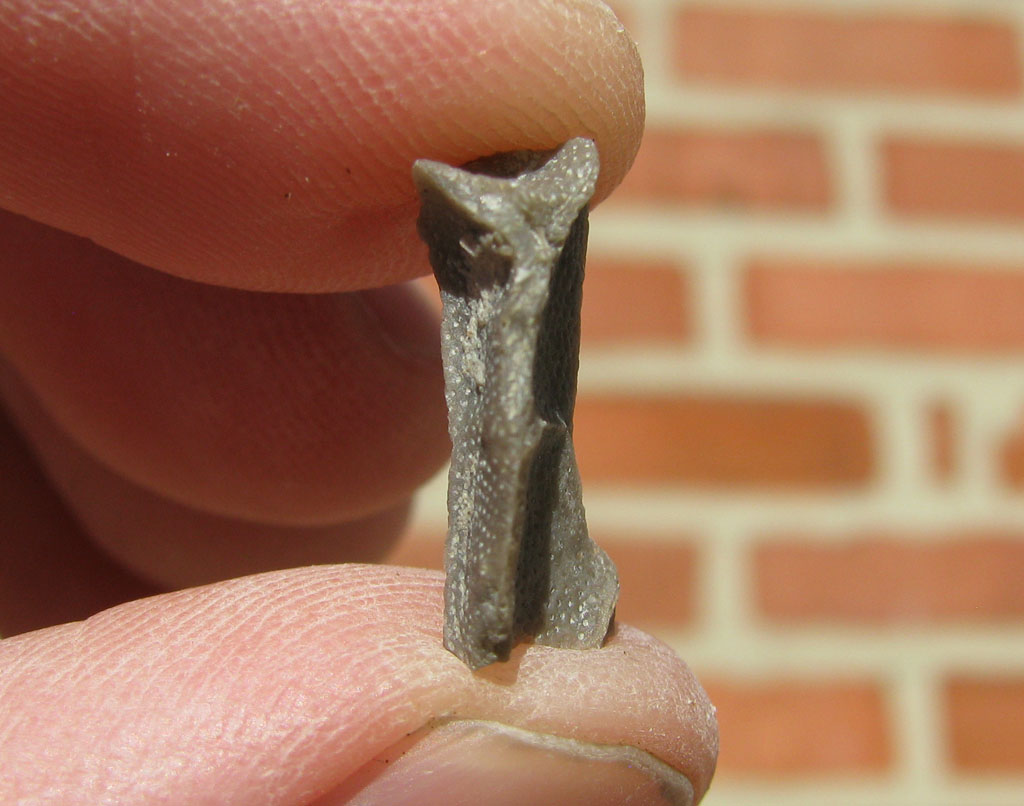 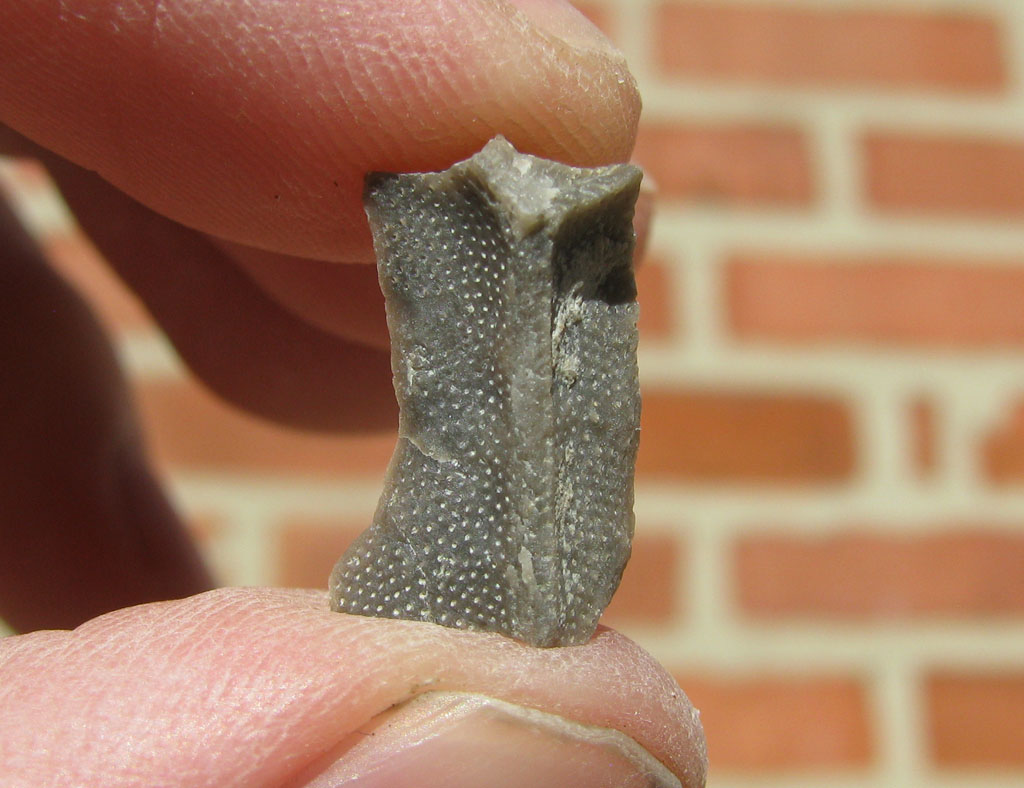 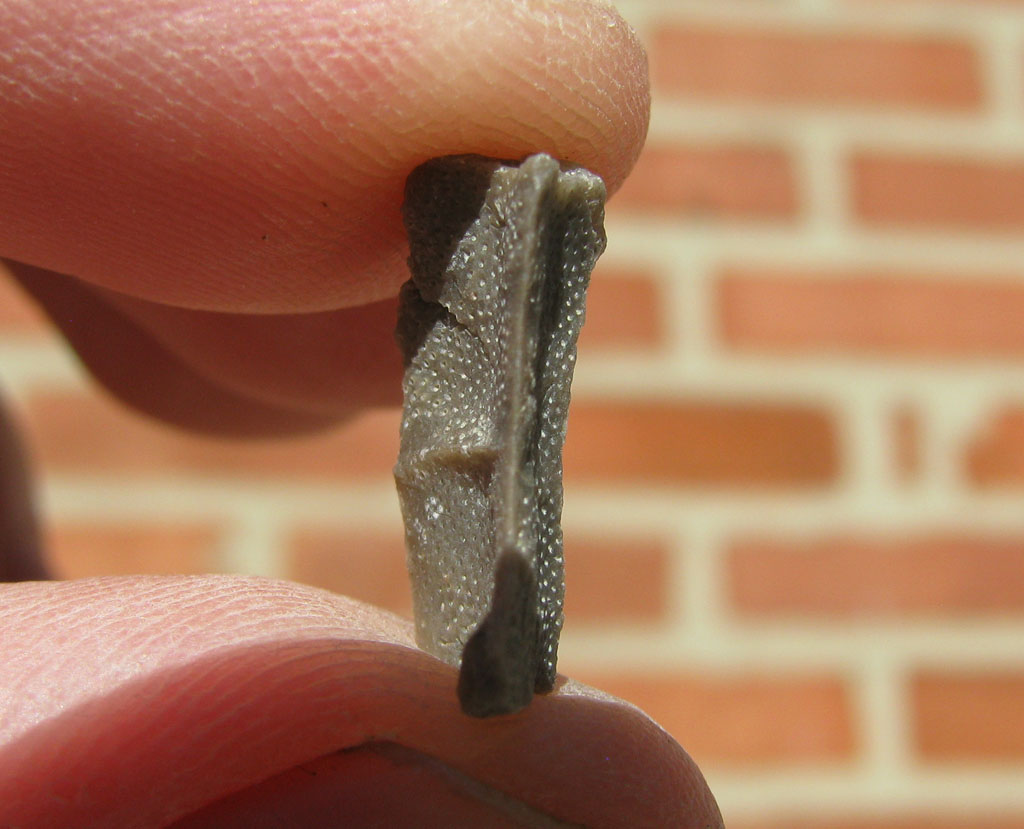 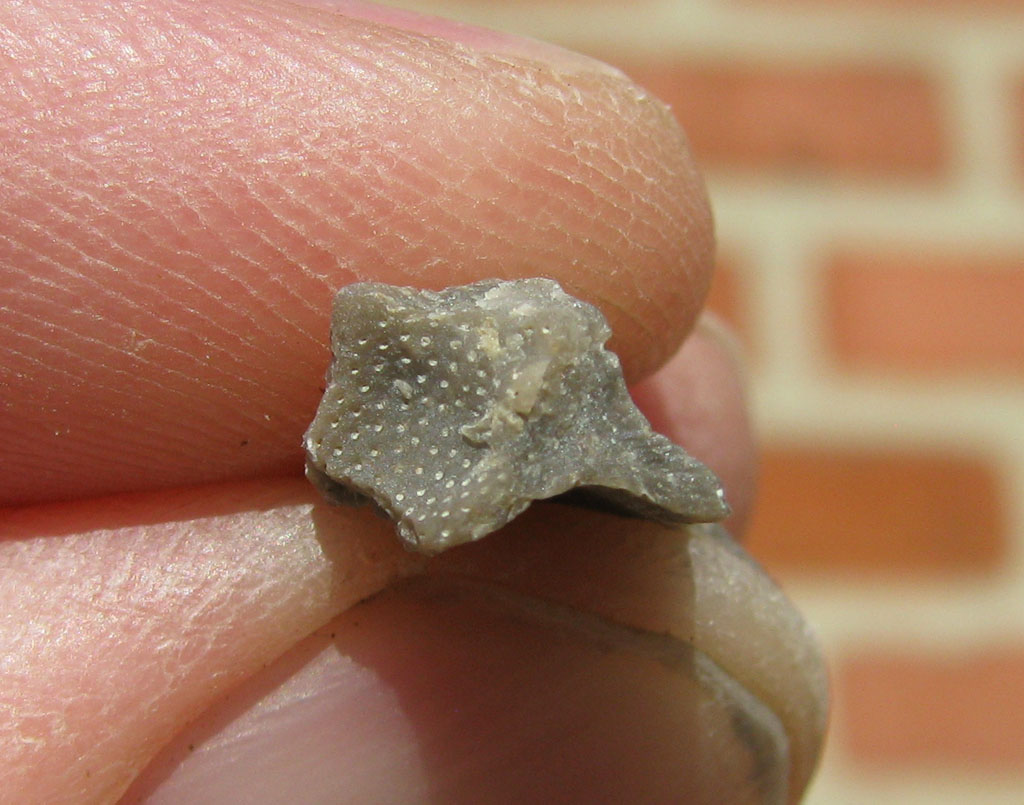 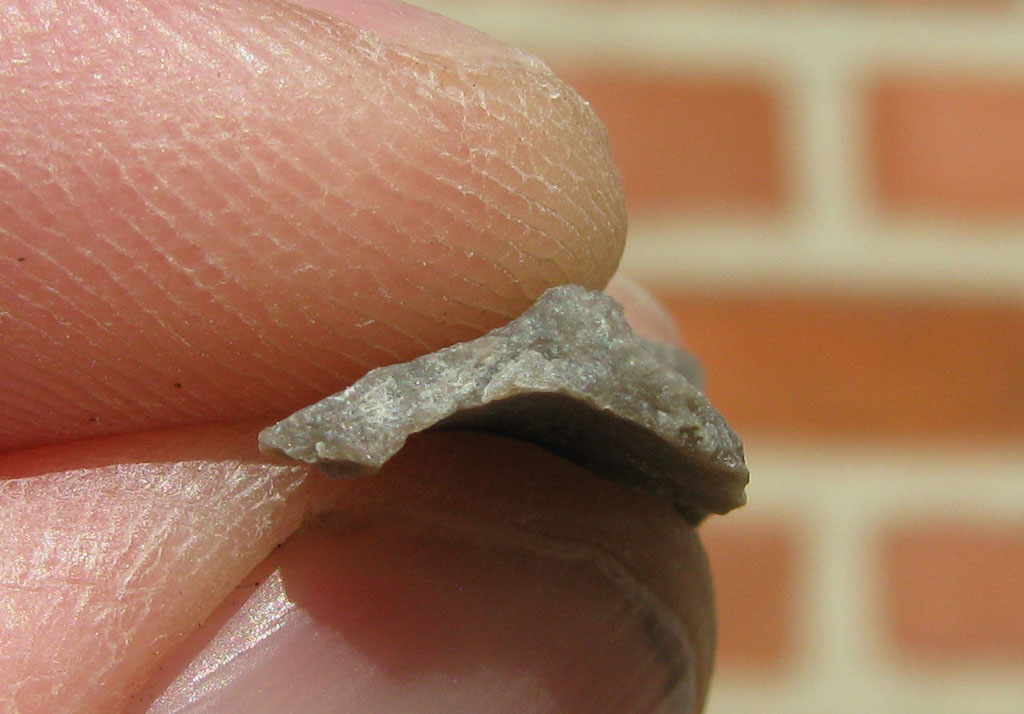 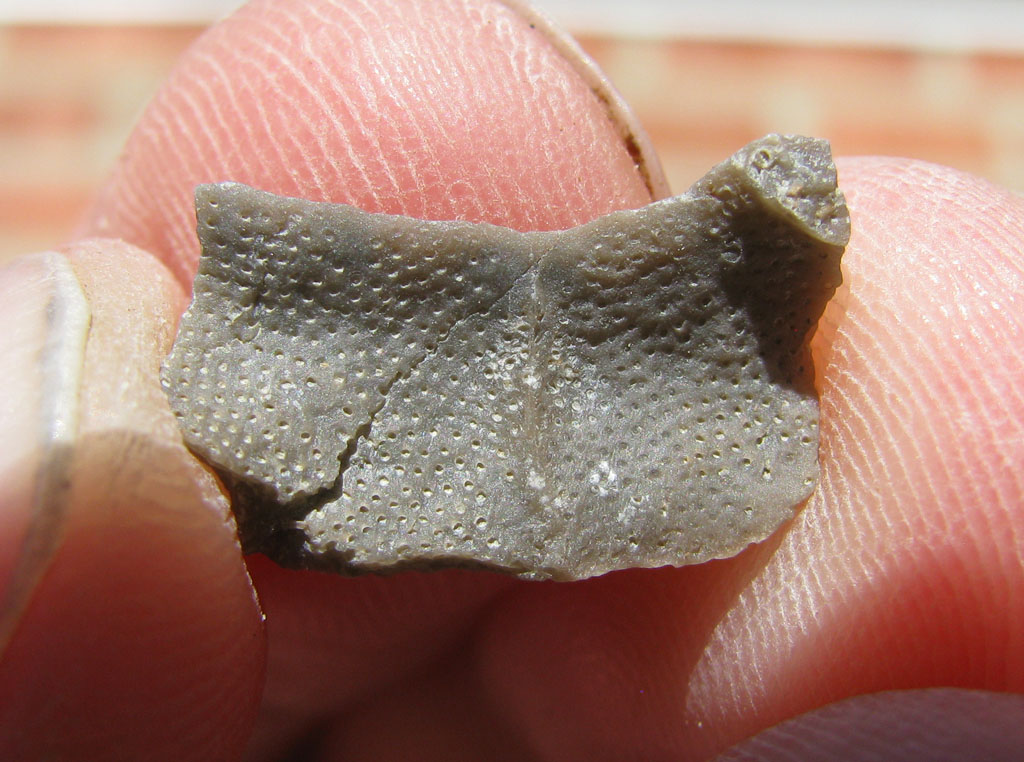 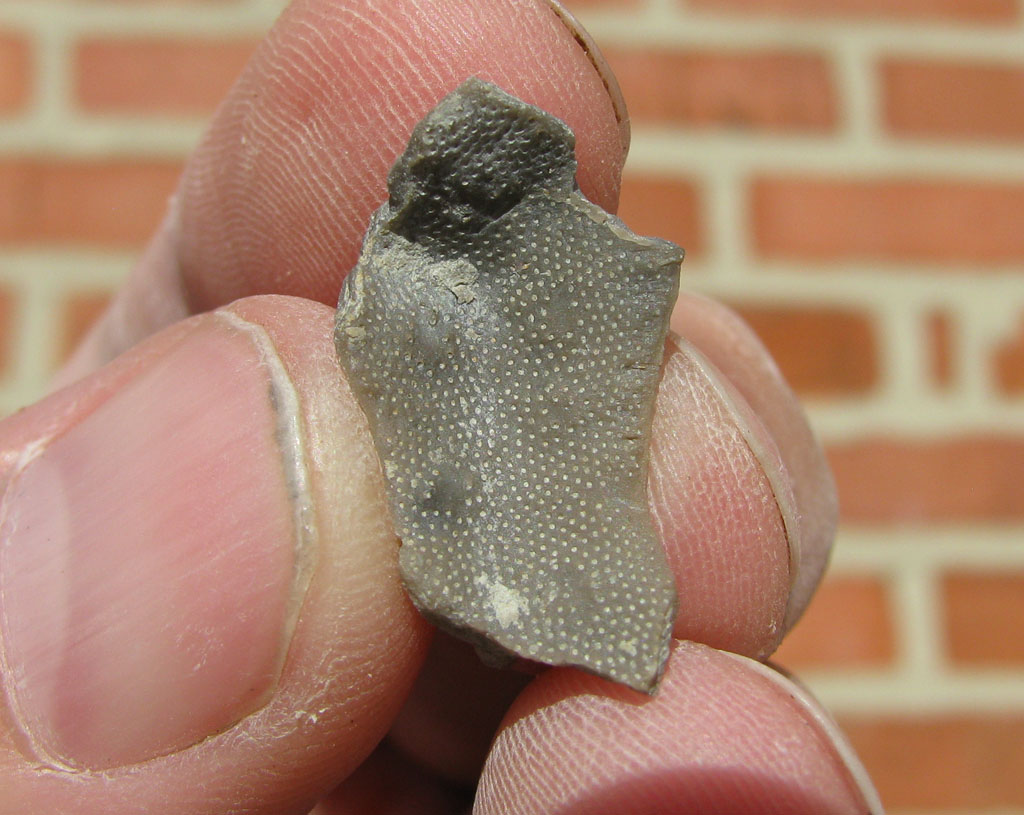 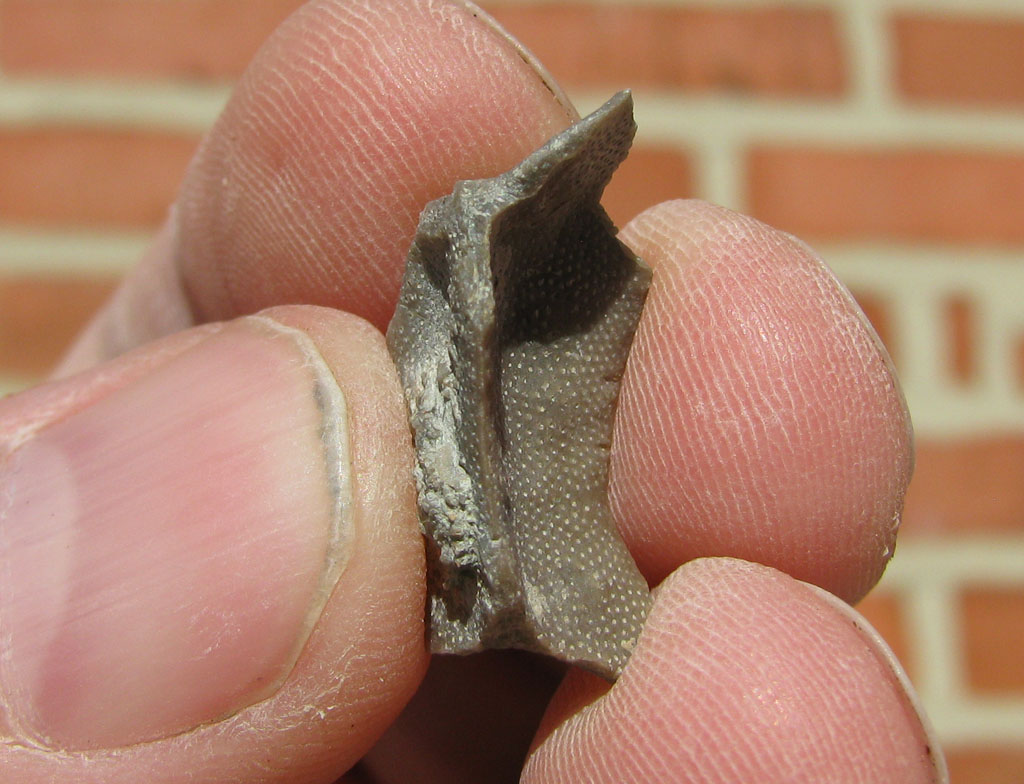 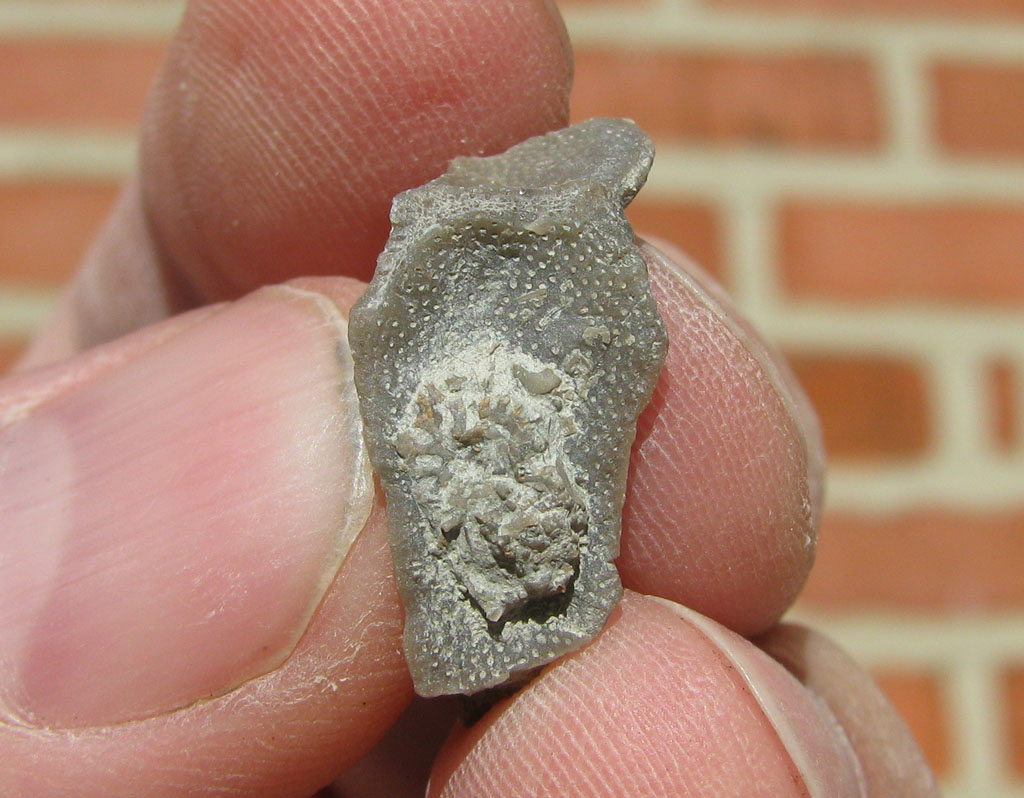 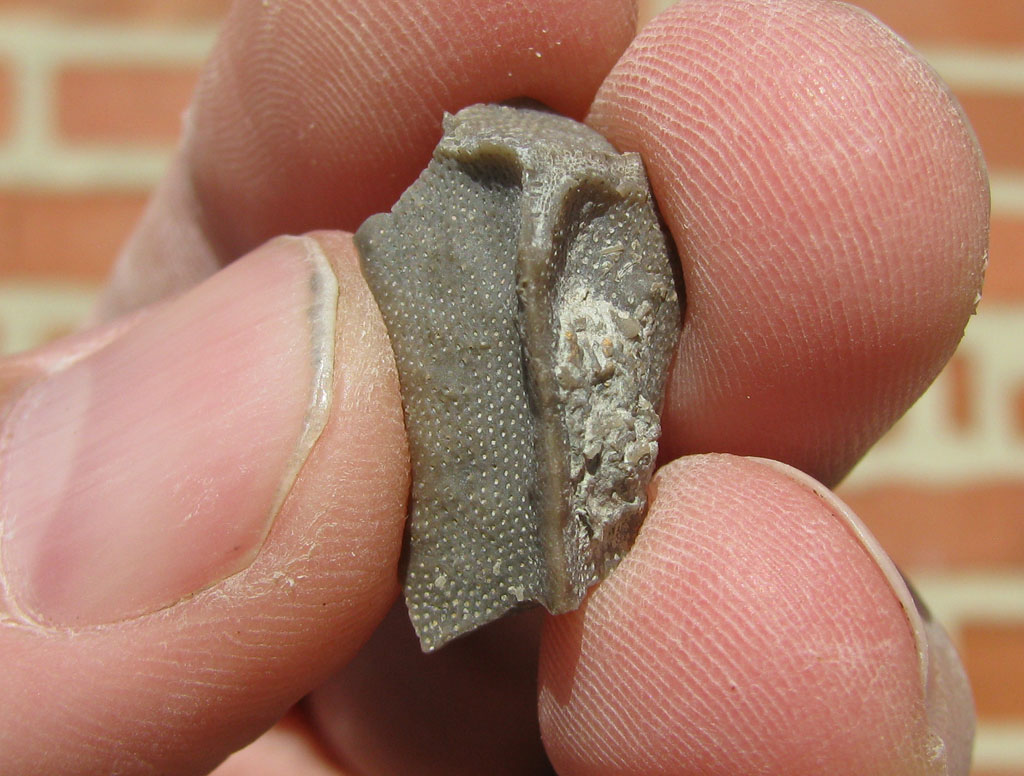 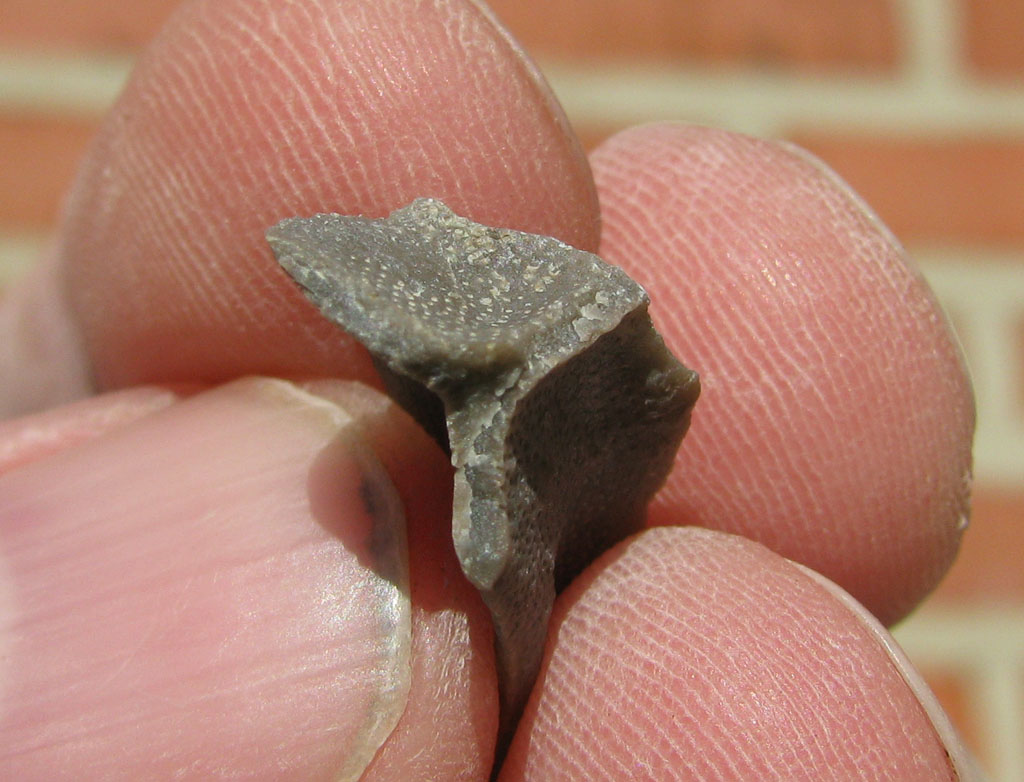 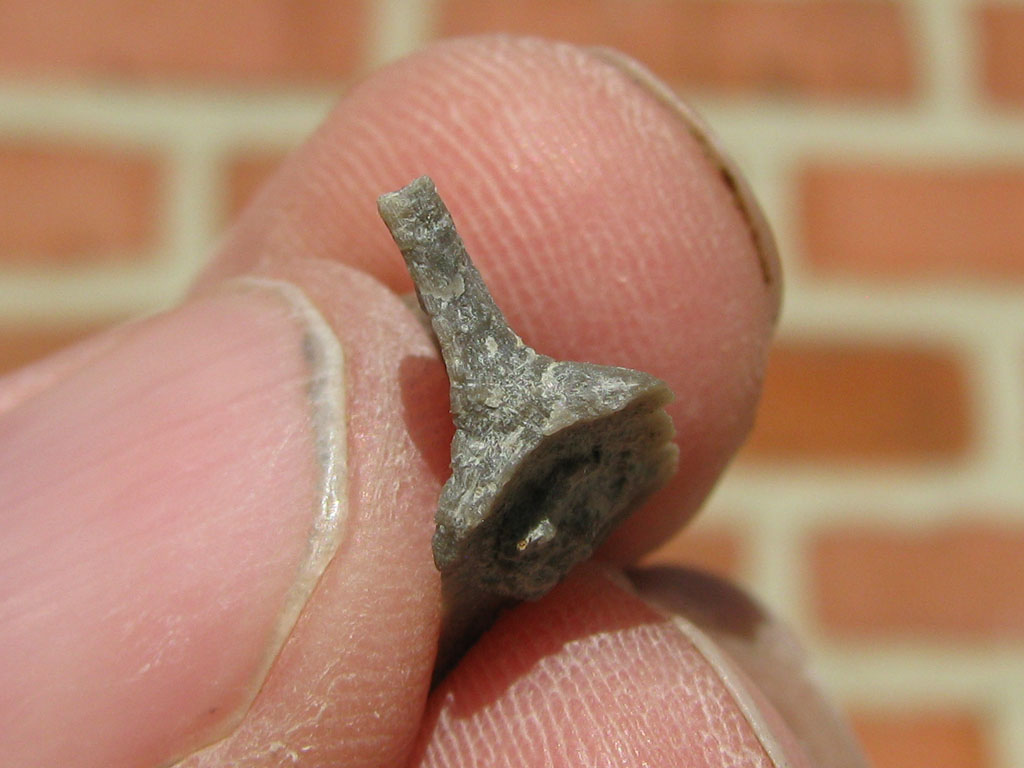