This large shell puzzled me as to it's ID when I first saw it. The fossil comes from Jebel Issomour near Alnif, Morocco from rocks that are Devonian (Emsian stage) in age. My initial thought was that it was a Strophodonta species of some sort but after I looked at the posterior it struck me as familiar in a different way. It wasn't until I was reading the paper,  Middle Devonian brachiopods from the southern Maïder (eastern Anti- Atlas, Morocco). Halamski, A.T. and Baliński, A., 2013. Annales Societatis Geologorum Poloniae, 83: 243–307, that I keyed in on the ID as Xystostrophia umbraculum. I then remembered that I had some fossils from the Skaly beds in Poland that were also Xystostrophia umbraculum. The fossils I had from Poland were smaller and more intact but this Moroccan fossil looks very similar. 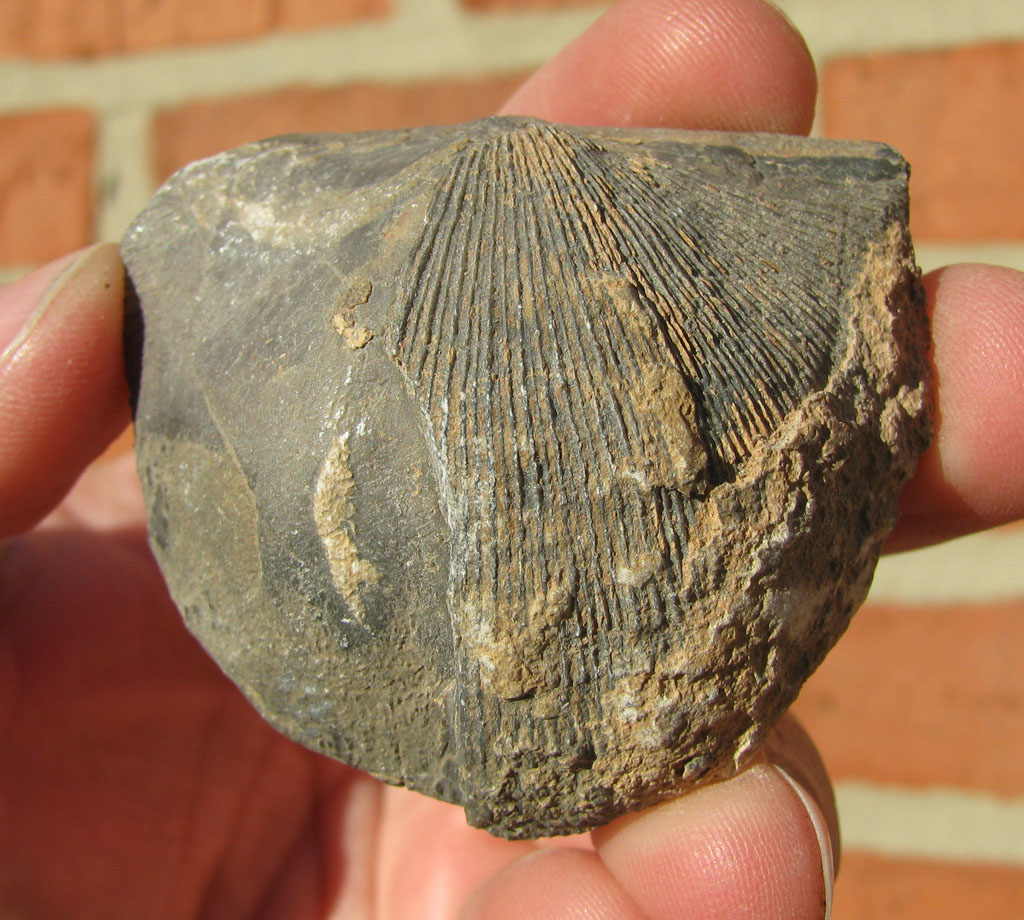 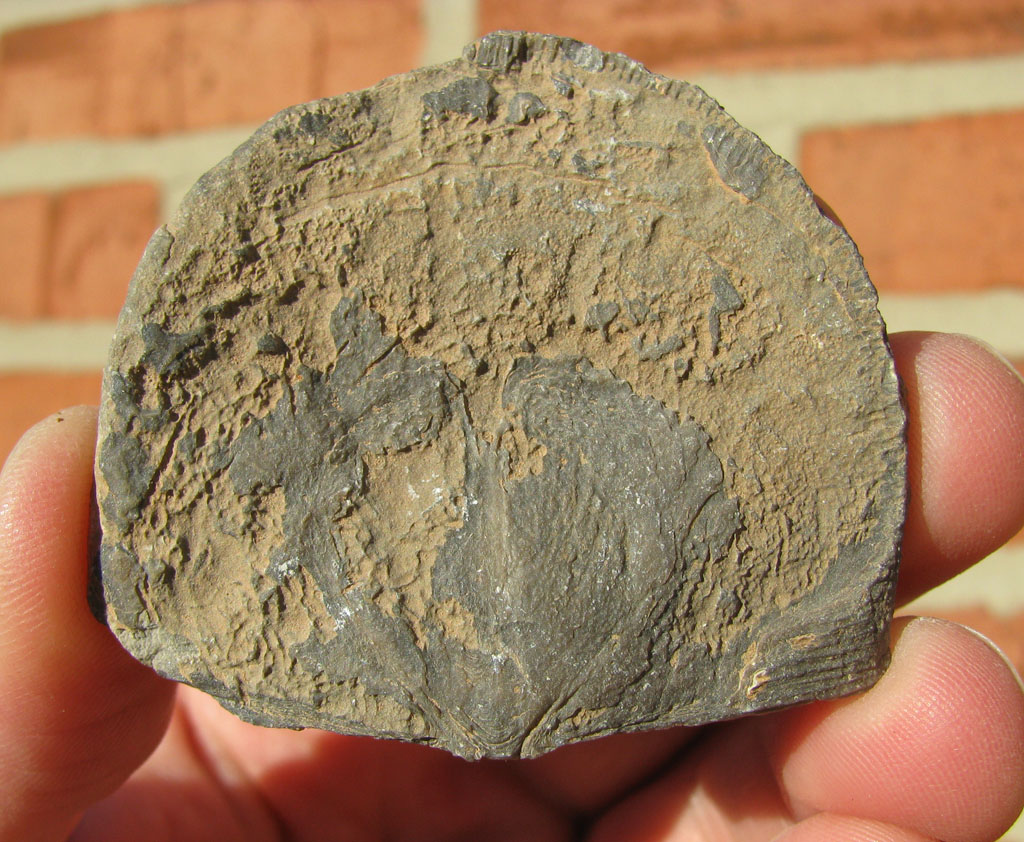 Posterior (the wide and deep, triangular shaped interarea is the giveaway for this genus) 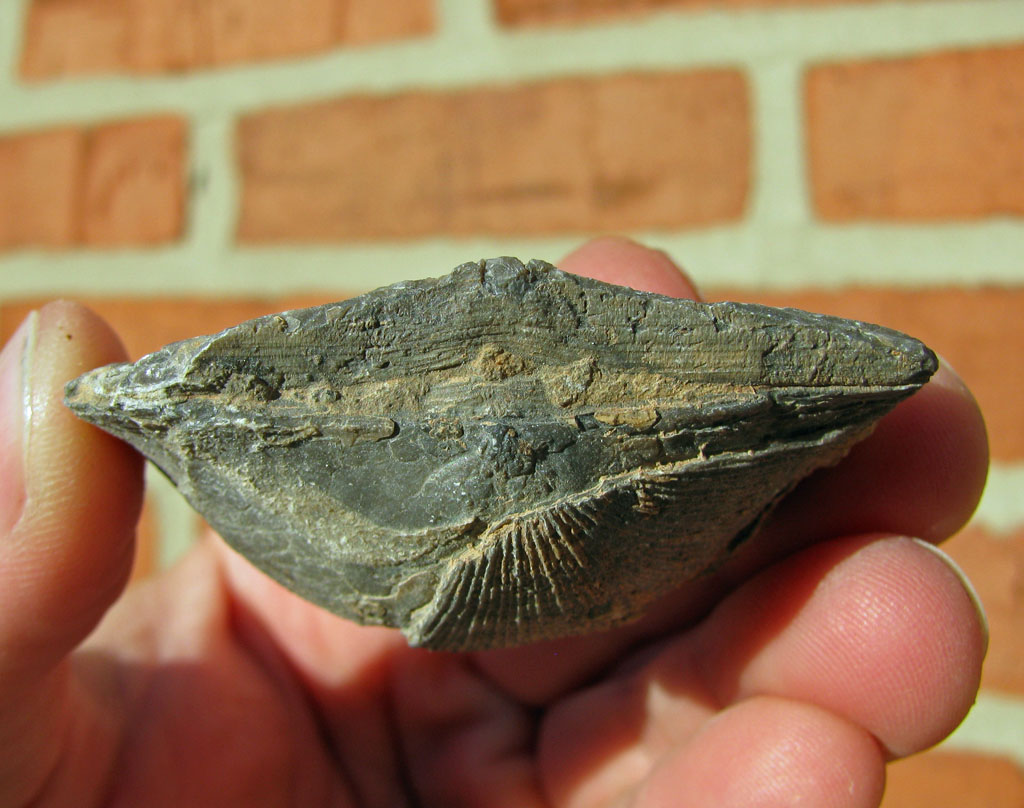 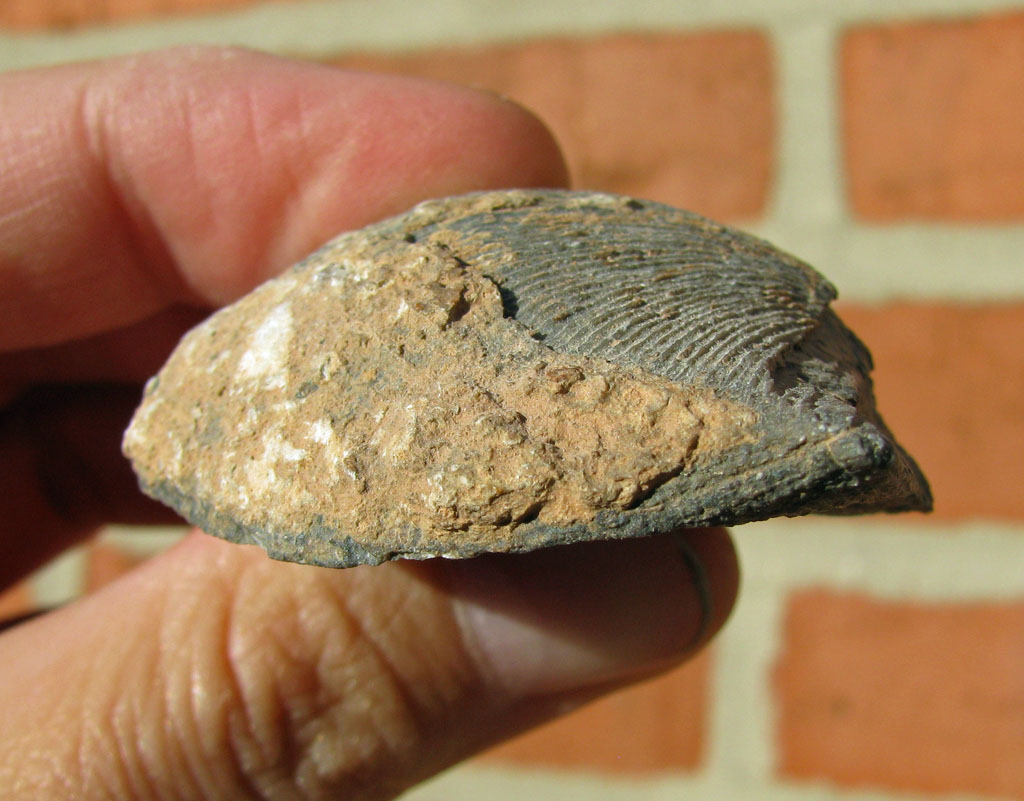 Thank you Odou for this fossil!
Posted by Dave at 12:01 AM