The partial shell below is likely from an inarticulate brachiopod called Lindstoemella sp.  It came from the Centerfield mbr. of the Ludlowville Fm. near Fayette, NY.  This would have been the top valve of the animal since the bottom valve was likely cemented to a hard surface. 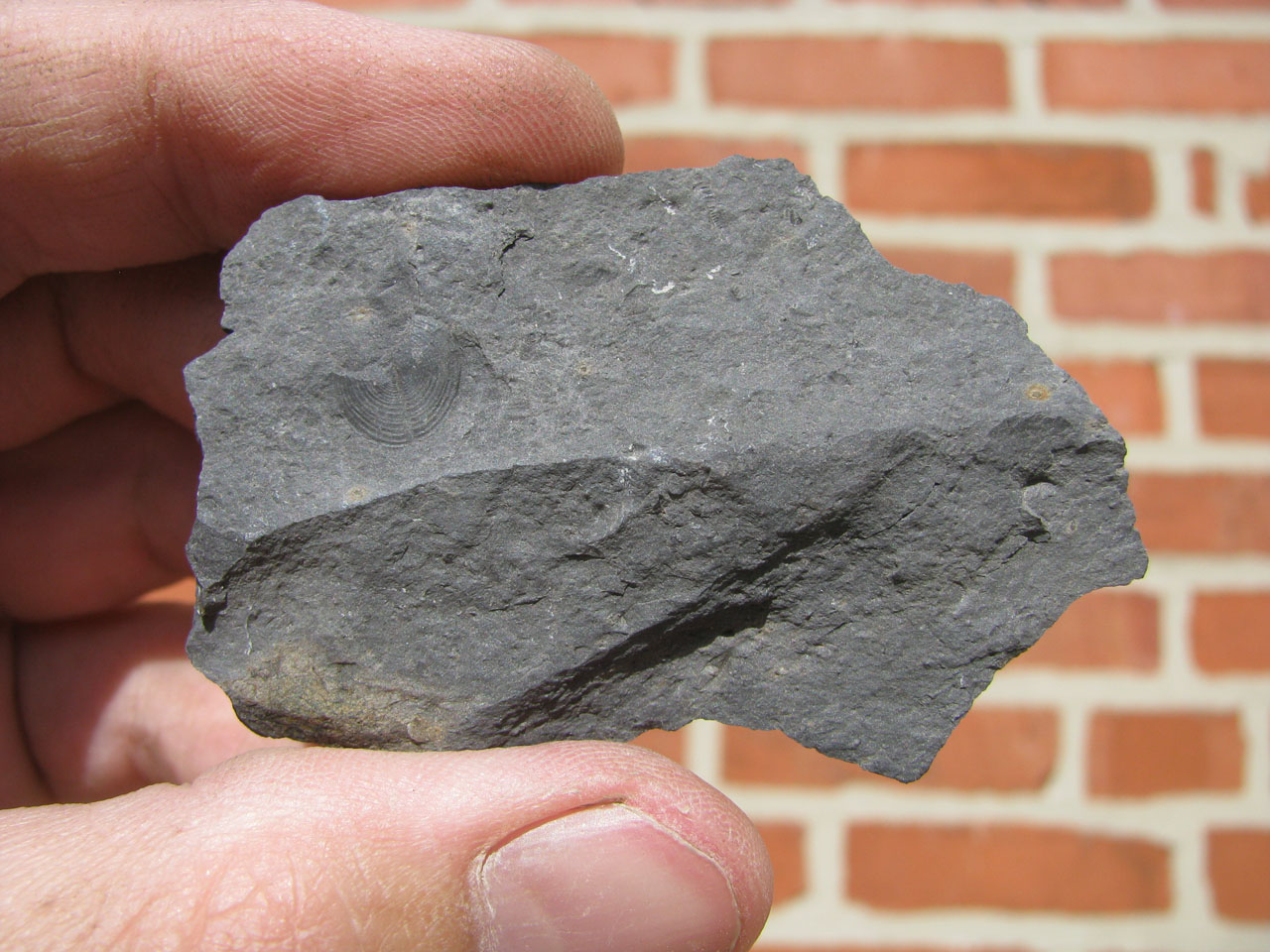 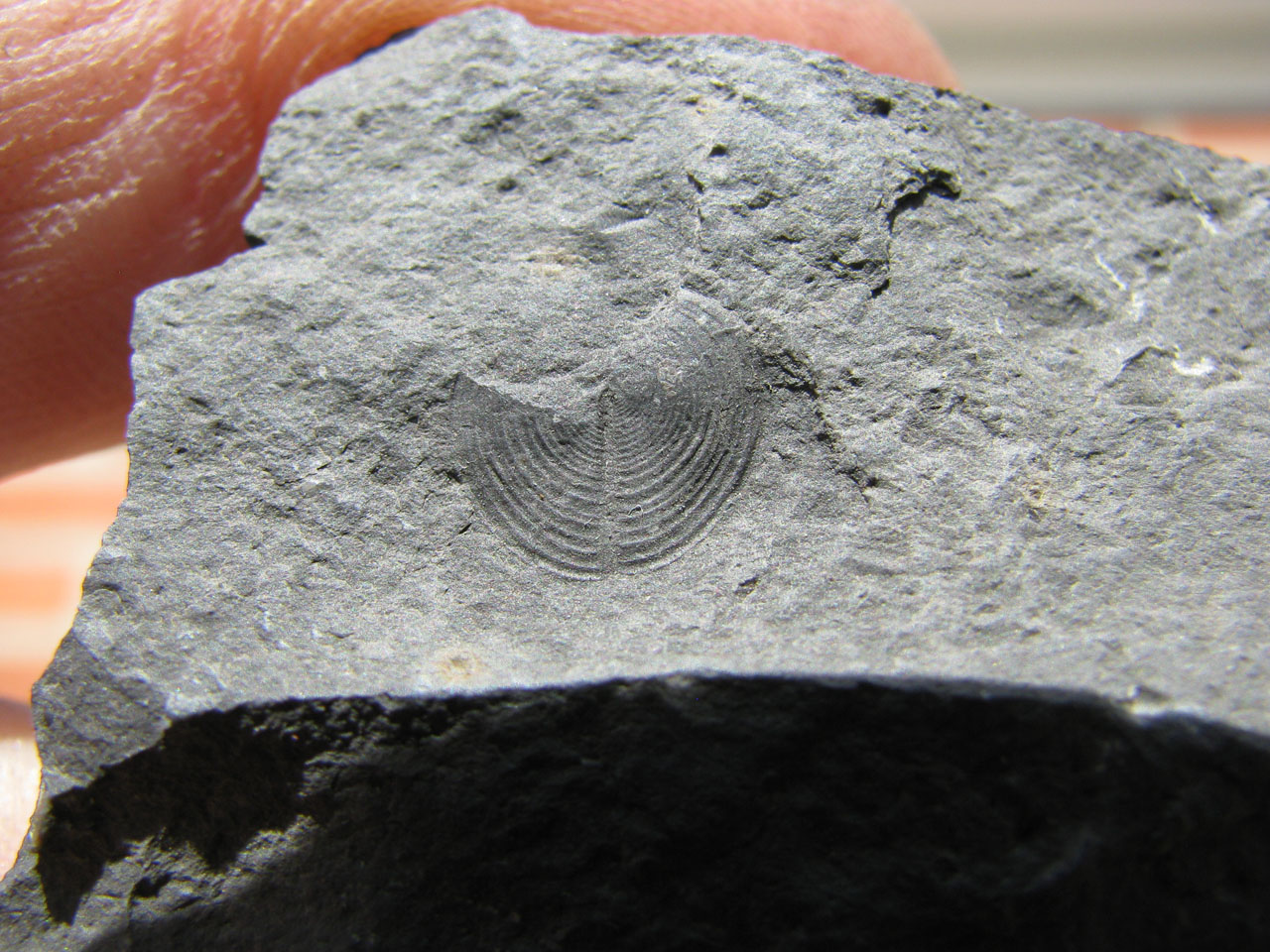 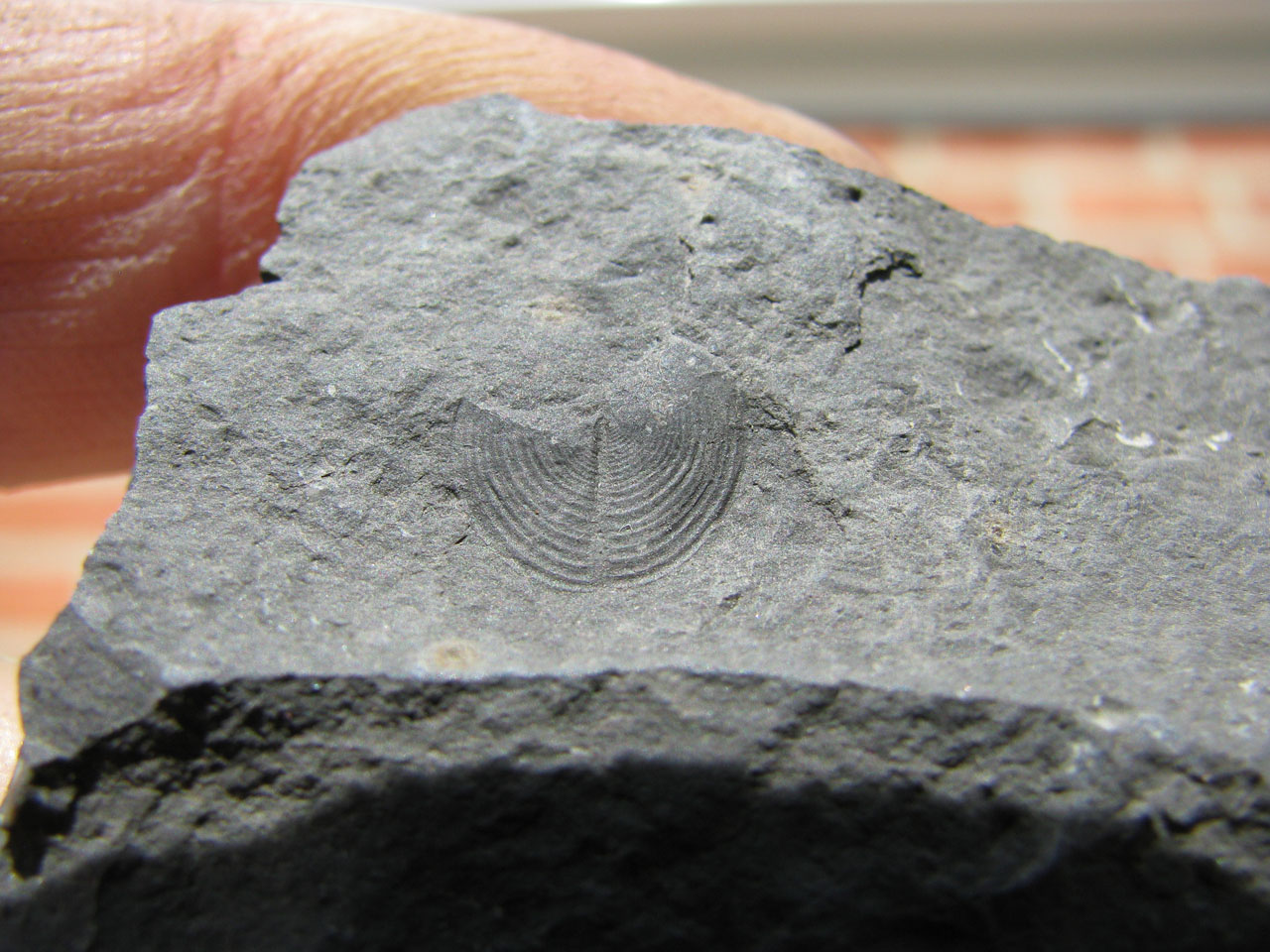 It is interesting to note the differences in the rock type of the Centerfield member between two geographically distant locations. Normally I collect fossils from this rock unit that are eroding out of a grey limestone near East Bethany, NY. This fossil came from Fayette, NY, which is 66 miles due east, and is more argillaceous (has more clay minerals). This is significant in that it shows different depositional environments occurring at roughly the same time intervals which leads to thoughts of why that would happen.

The theory is that an ocean basin that existed in the Devonian over much of western and central New York, was slowly being filled in from the east by rivers eroding the rising Appalachian Mountains as continents were coming together to form Pangea.  Rocks with a higher clay content are generally found closer to shore while limestone is a clean, open water rock. So the open sea was in the western part of the state and the shoreline was progressively moving east to west as sediments were carried from the land.
Posted by Dave at 12:01 AM