Today's fossil was found by accident after a practical joke my a friend I was collecting with. We had been collecting for several hours and been disappointed by the lack of Trilobites. One member of the group suddenly called out to us that he'd made the "find of the trip" which of course got us all scrambling over to see what it was. When we got there it turned out to be a piece of a shoe and was not at all worth the effort. While I was admonishing the perpetrator of the prank I noticed a fossil sitting on an eroded pedistal that caught my eye. A closer inspection revealed it to be an articulated Rhynchonellid brachiopod and one that I think is a Cupularostrum prolificum similar to that which is found in the Silica Shale. 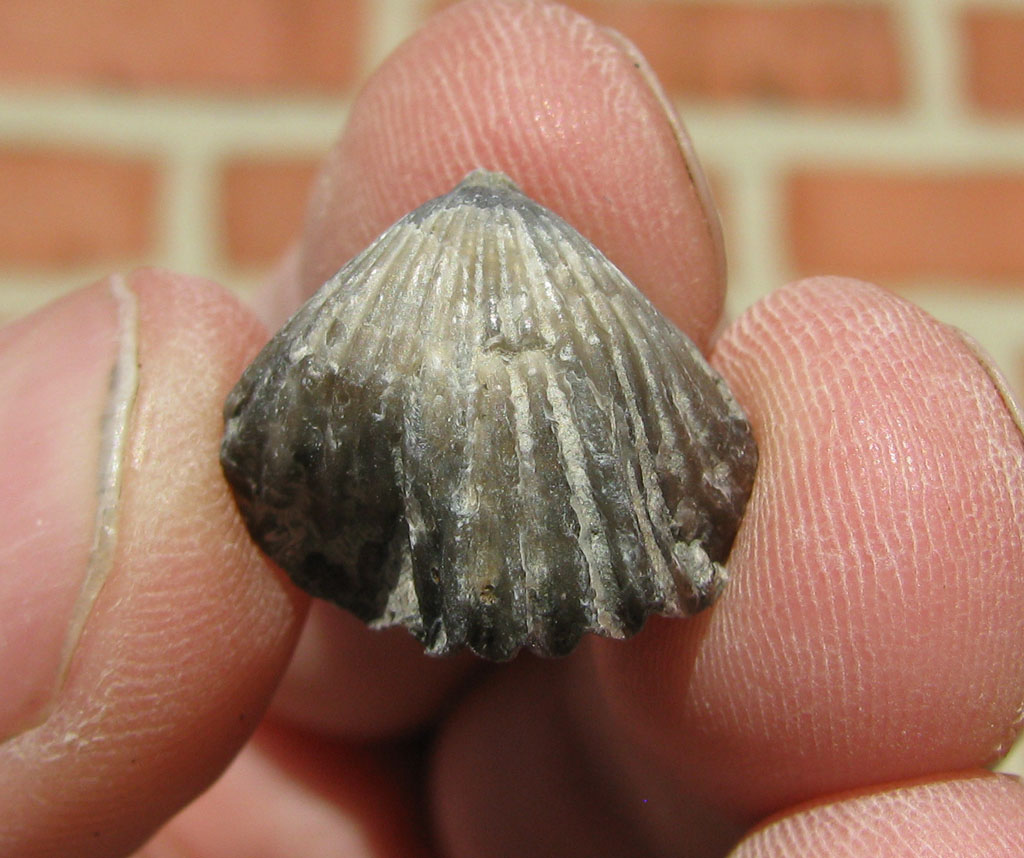 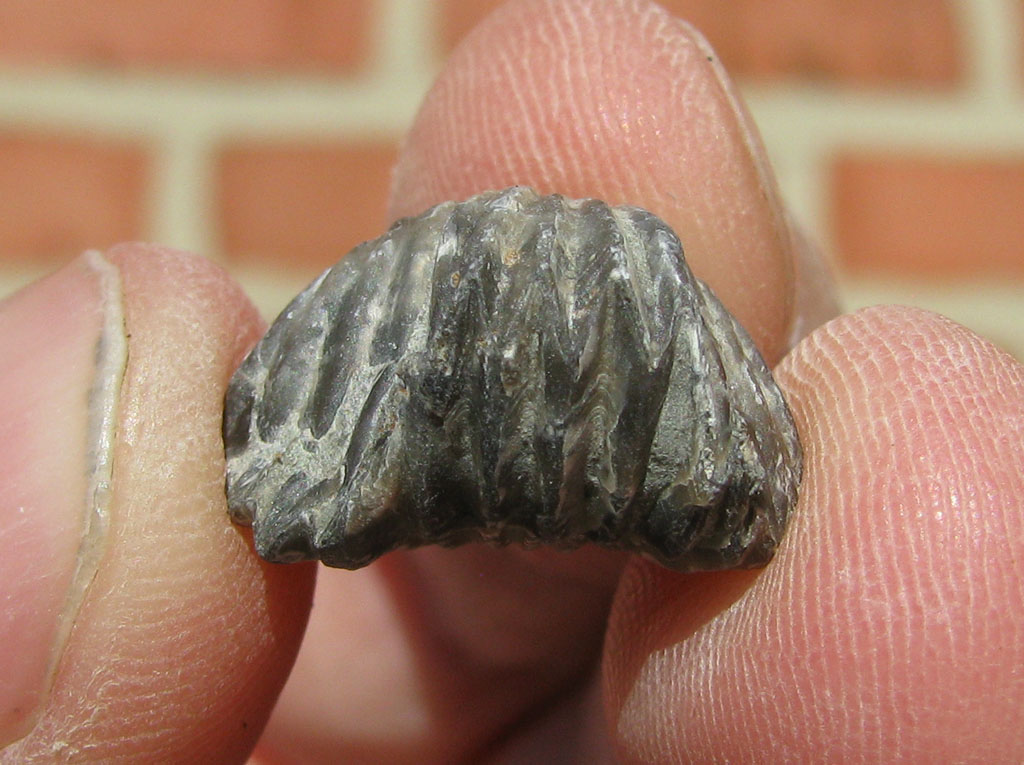 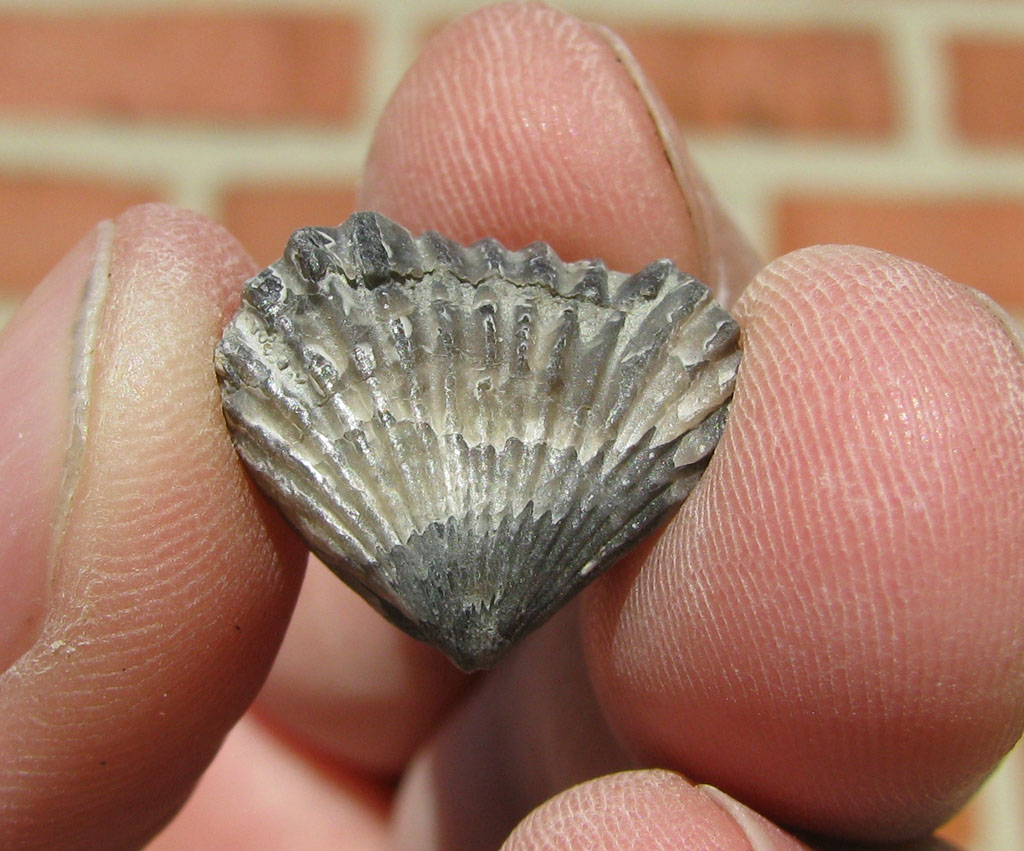 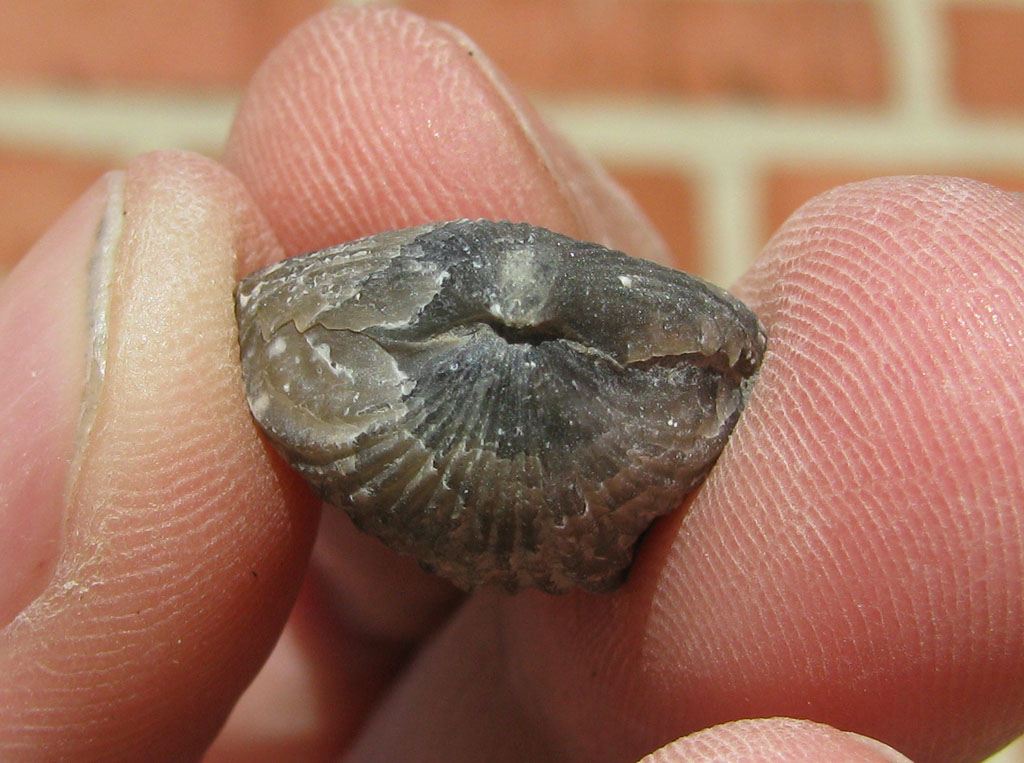 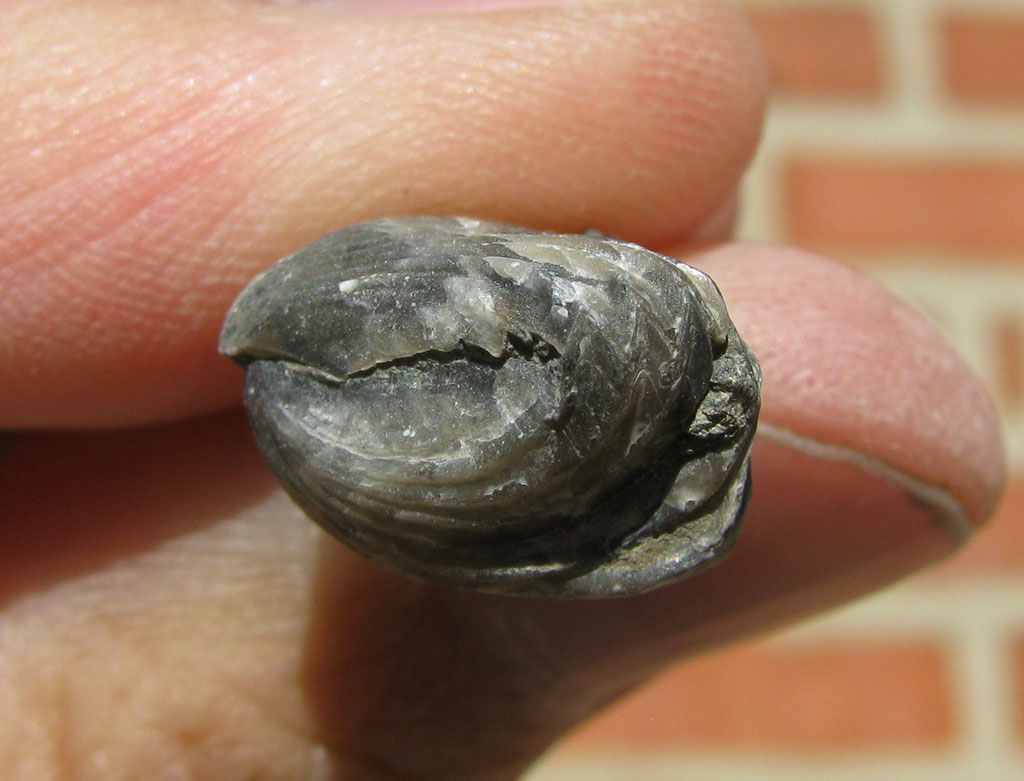 This fossil was found among debris that was exposed from a cliff fall along the Ausable river near Arkona, Ontario. I believe it came from the Widder formation, Hungry Hollow member (Devonian, Givetian stage).
Posted by Dave at 12:01 AM