Trace fossils from near Avoca NY

Among the rocks in the large road cut north of Avoca, NY on I-390 (that I blogged about a couple of days ago) were these trace fossils. The rocks are of Upper Devonian age (Fransian stage) from the Gardeau formation of the West Falls Group. At that time the shore line was just east of Avoca and the paleoenvironment was a near shore shelf that was very close to stream and river deltas. These trace fossils probably represent worms burrowing through the substrate in search of food particles.

This one appears to be the top of a vertical burrow where the worm living inside would extend itself out and sweep the nearby sediment for food. The pinwheel like pattern could be an example of the creature systematically covering all the area around the burrow. 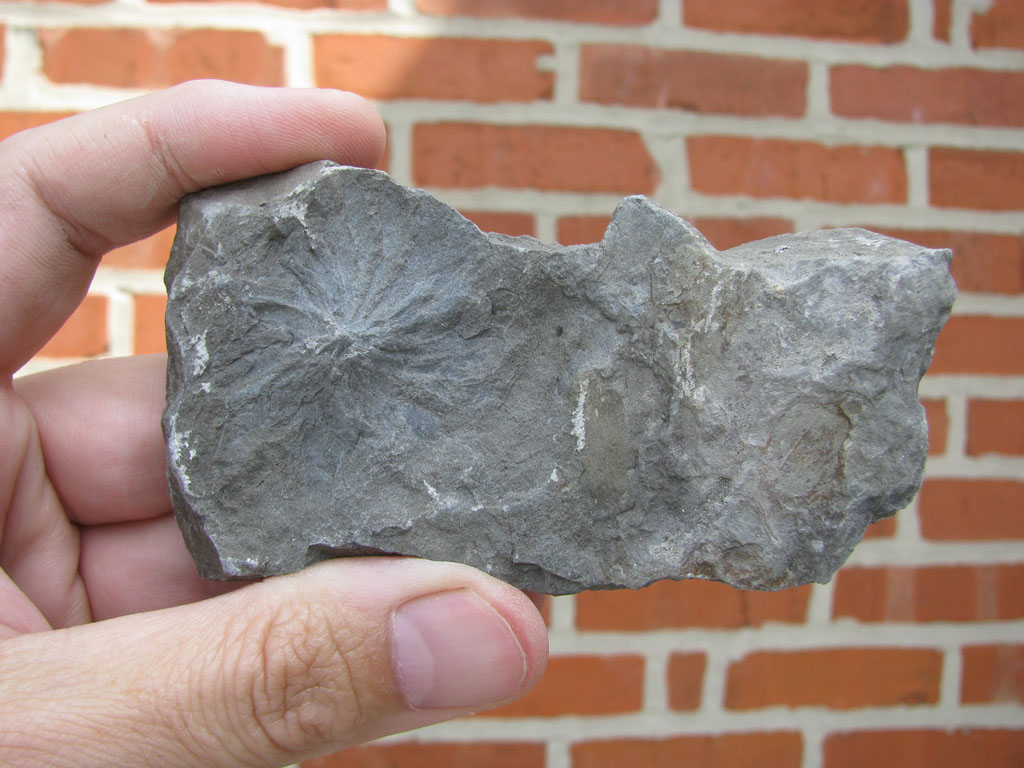 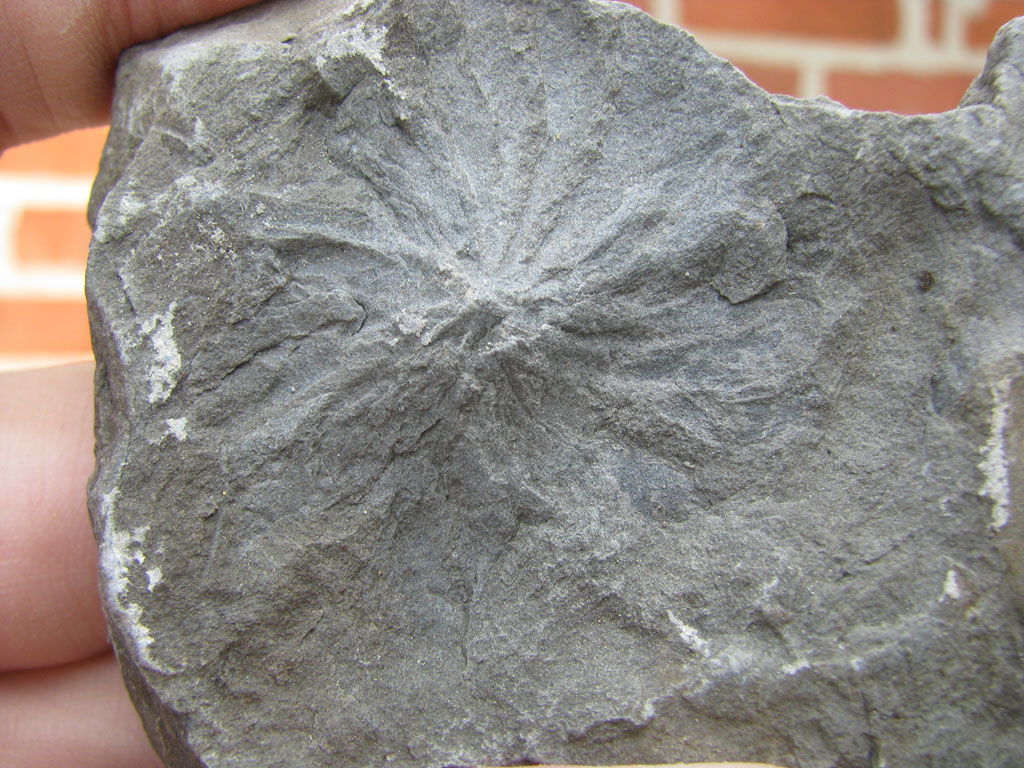 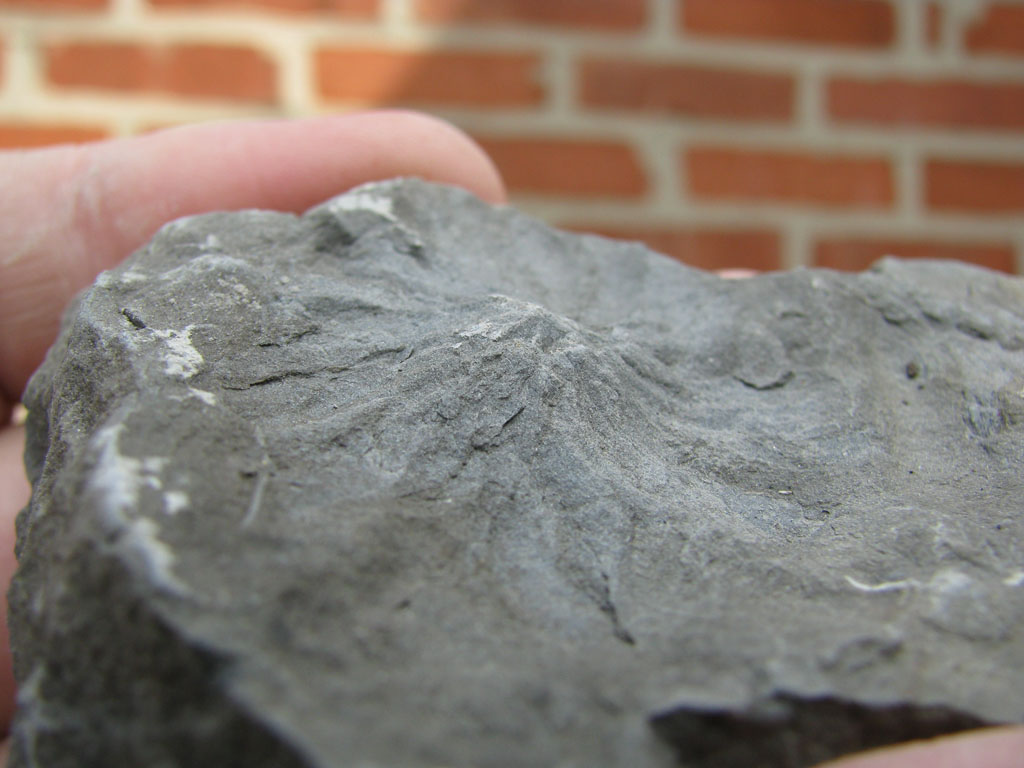 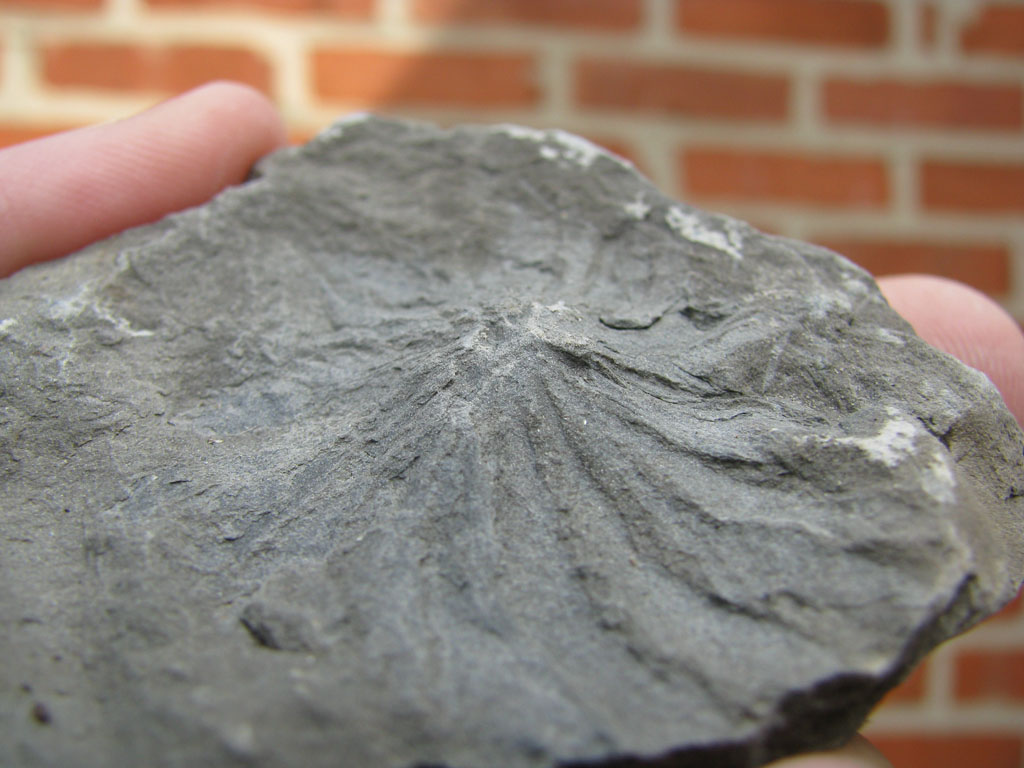 These traces are of horizontal burrows, possibly in a very shallow, tidal environment. 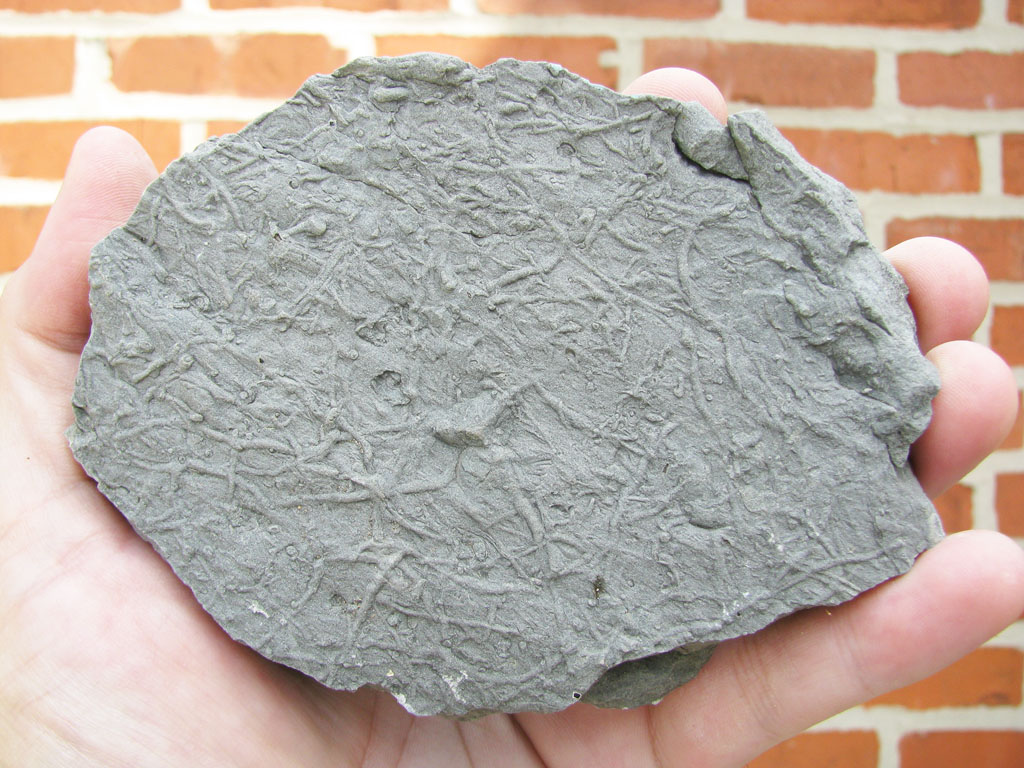 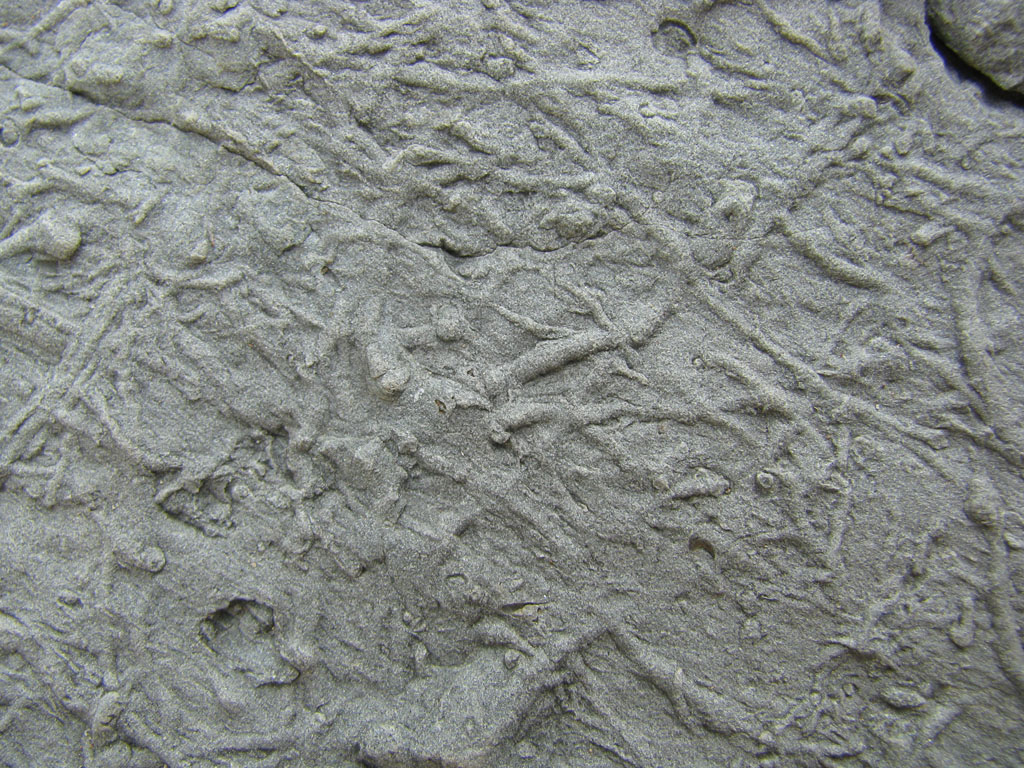 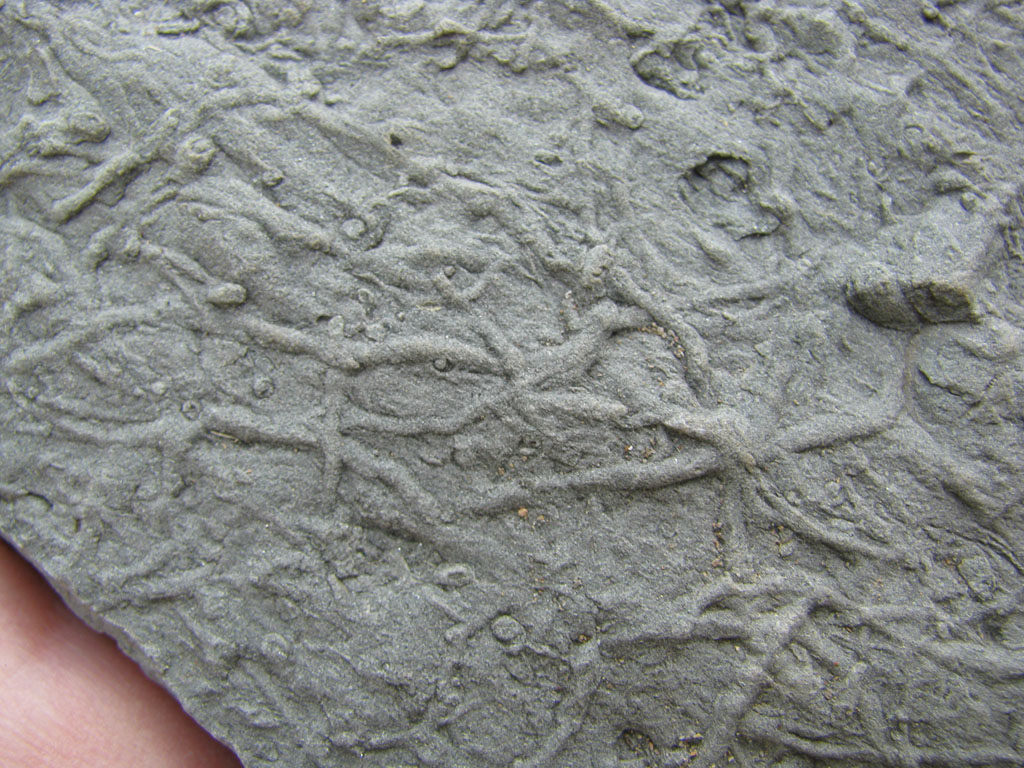